BYJU’S READY TO ACQUIRE THE US BASED FIRM EPIC

It’s rightly said; when you get a hold of market; what you need to do is not just making consistent profits by being the leader but also try to eliminate the competition by only one possible way of acquisition.

Either you can diversify by applying your resources or you can simply exercise comparative advantage technique and pick the one you want to acquire.

The Ed-tech leading brand BYJU’S has already understood the mantra and that is the reason it has started to maintain a portfolio that can help to achieve both the aforesaid goals. The company after two big raises this year has now taken the decision to acquire the United States based firm Epic. To get into the details; let’s know more.

The platform was established in the year 2013 with a clear motive to make books accessible to kids quite easily without any hassle. It is an award-winning subscription service which has provided instant service of reading books to millions of families & classrooms just at a click.

They have the proper age-appropriate books for kids from kindergarten to 6th grade. They basically focus on three major things which are discover, learn and engage.

Discover the award winning content from the top most publishers.

Learn the content that is aligned according to STEM fields.

Engage as it provides opportunities to be motivated & experience fun at the same time. 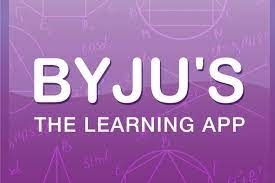 The company was started back in 2011 and now is a $ 12 billion venture that has established its strong market presence in all educational areas. It enjoys a position among the world’s most valuable private companies. Since 2017; it has sort of started to capture the market by the strategic movement of acquisitions.

2019; US Based Osmo, the educational games maker

The company is receiving quite frequent raises and is planning to go with a big vision in the coming 5 years.

This is by far the biggest & deepest Ed-tech acquisition that anyone could dream of. The scariest part is that it is done by an Indian company. The deal if finalized would place the company Epic at $ 300 million according to sources. The platform has reached more than 50 million kids and has been able to raise $ 51 million up to the present date.

The strategy ahead is to make the BYJU’s products especially the playbook in sync with this platform so that a large crowd could be catered.

BYJU’s has very tactically planned all its steps. It is raising funds on one hand and investing in core ed-tech start-ups across the globe. Having close to more than 80 million users across the globe. They have not just dumped their funds just like that; there is a mission to support and now the position opting for ed-tech is more available.