The government Of India is in no mood to settle the scores with China as it has come up with another big news that will surely hit the Chinese company straight.

They have taken the step to freeze accounts of company Byte Dance. The insights of the news are as follows. Let’s get into it.

Byte Dance Ltd. Is a internet technology company that was founded in the year 2012. The headquarters are situated in Beijing. They are creator of the video sharing & networking services application like Tik Tok & Douyin.

The major investors to cater are  Coatue, Hill house, General Atlantic, KKR, Sequoia capital, Soft bank, Source Code Capital. They mission of the company is to inspire creativity & enrich life through the various modes of entertainment that it offers.

Recently; the government of India took a step to ban 59 apps which also included the flagship product of the company; tik tok. The decision was the after effect of a border stand off. The IT Act was the premises that granted this freedom to the government. The reasons were stated as confidentiality & privacy that are integral part of the sovereignty of the country.

The Chinese government as well as the company both specifically clarified their grounds that they have kept in touch with the entire framework of legal regulations that have been created to monitor the industry. 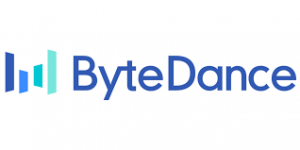 The company’s Byte Dance bank account has been blocked by the government. There are prominently two accounts. The expected reason is evasion of tax. The company after the Ban China apps entire situation resorted a cut in its workforce.

The accounts seized are in Citibank & HSBC with a view to prevent them to continue with their transactions that are associated with online advertising dealings. The dealings are in between the Indian unit & the unit situated in Singapore.

A court filing is expected to occur in the Mumbai High Court upon which the company has made clear that the account freeze move is strictly against the legal process. The accounts have $ 10 million which has to be used for payment of salaries & taxes.

The decision is not just a random one; but it has been taken after careful inspection & scrutinization of documents with the parent entity itself. The company however has made its appeal to the court in the document citing the reasons that this action has made it very difficult to carry trade & business and also deal with vendor payments.

National security was the curtain behind which the ban process was initiated & executed. This firm decision is also an addition to that list of security reactions. But this time the freezing is related to tax issues which itself holds a significant impact.