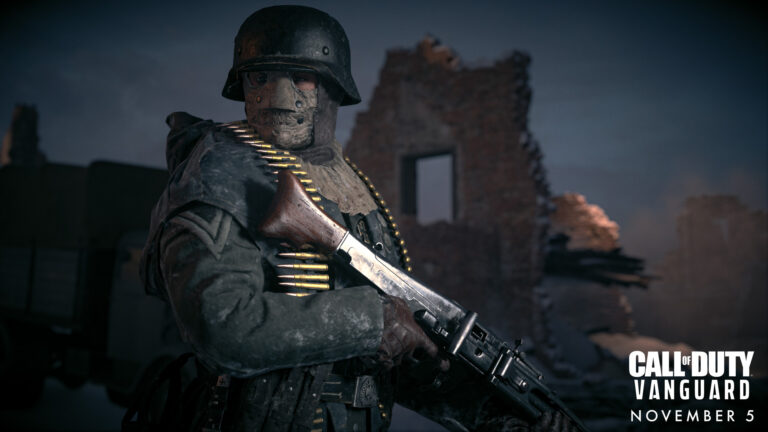 Call of Duty: Vanguard will get its Open Beta in September

Activision has revealed with a brand new first trailer for Call of Duty: Vanguard that the open beta is coming soon for the game. If you don’t plan to buy the game when it comes out, but still want to try it out, the beta will be available for everyone on PlayStation, Xbox, and PC from September 10 to 13. For players who have pre-ordered a copy of the game in Early Access, the open beta Vanguard is already on the platform and will launch on PlayStation.

Players who will pre-order the game can play Vanguard Beta on PS4 and PS5 from 10 to 12 September. pre-ordering any version of the game comes with an early access code to the beta which will live on September 16th. On the same day, PlayStation fans will have access to the final beta event as well as those who have pre-ordered the game on Xbox and PC through Battle.net.

At this time we don’t really know anything about the maps or the game modes that will be available during the Open Beta period but we can confirm one thing, during the announcement for Call of Duty: Vanguard Sledgehammer Games confirmed that there will be a total of 20 multiplayer maps available at launch. Neither Activision nor Sledge Hammering has confirmed which modes in the beta will be included, but it is likely that key multiplayer modes such as Team Deathmatch and Hardpoint will be included.

Similar to the last two games released by Activision, Call of Duty: Vanguard will also follow the Multi-tier weekend schedule for its beta. PlayStation players will get early access to the game when the open beta date is announced. The open beta from 18 to 20 September will take place on all platforms to ensure that everyone gets to try the game before pre-ordering.

Vanguard’s open beta will initially be available to PlayStation users as well as PS5 and PS4 pre-orders. The following weekend, the beta will be pre-ordered for PlayStation on September 10 and 13, before moving to other platforms for PC and Xbox on September 16 and 17.

If you happen to have an Xbox or Windows-based PC under your possession, Unlike the PlayStation guys you will be required to pre-order Call of Duty: Vanguard if you want to get yourself in the beta on the 16th and 17th. Vanguard on the PlayStation will have their first dibs in beta. Activision has in any case revealed that Vanguard will have a multiplayer mode on 7 September, followed by two weekends of multiplayer beta testing before the launch in November.

If you pre-order a digital copy of Vanguard, you will receive early beta access upon completion of the purchase. When you order a physical copy of the game, you will receive a beta code that you can redeem. Until then, anyone who has pre-ordered the game will be able to access the open beta for the second weekend (September 16-18) and will receive two additional access days.

In this trial phase, you can try a part of the game and decide whether it is worth buying it. Just like in the early alpha test phase, there will be a beta phase. As we are accustomed to with the latest Call of Duty games, Vanguard is a public demo designed exclusively for PlayStation consoles and only runs for a limited time. While the latest Call of Duty will not be released until November, PlayStation players will get the chance to try out Multiplayer Alpha and the new Champion of the Hill modes.

With only a few months to go until the Call of Duty: Vanguard’s launch, players will be able to participate in Vanguard during the open beta phase, with the data now confirmed. Activision has already planned an alpha version for PlayStation players this weekend, followed by an open beta on all platforms later this month, but many of the terms mean nothing until they close. More information on the beta will be revealed soon and we will be there to keep you up-to-date on everything Call of Duty: Vanguard.