Starlink is the new star on Twitter as Elon Musk announces yet another milestone. 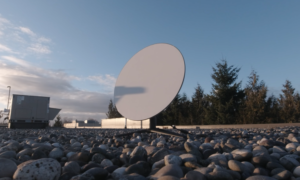 Elon Musk and SpaceX are back in the spotlight again on Twitter. The sudden burst of excitement is in response to the Tesla and SpaceX CEO’s tweet announcing yet another milestone for Starlink that is already framed with ambition. Musk’s tweets always have a way of churning up twitterati’s interest and it is not any different this time. As Elon Musk announced that SpaceX has been successful in shipping a whopping 100,000 Starlink terminals to customers, Twitter burst into a frenzy of excitement and applause. Here is the tweet that kick-started all the action and reaction.

Starlink is an ambitious project of Elon Musk that works towards the goal of providing global broadband connectivity. This will be done with the help of a constellation of satellites. Although Musk and ambition is not a surprising combination, the pace at which the Starlink project is progressing is quite commendable. And the awe and excitement on the part of netizens are well justified. After all, 100,000 is not a small number and what is even more noteworthy is the fact that this is just the beginning of the story.

As mentioned earlier, the pace at which the project is scaling heights of success is extraordinary and it implies a potential for further achievement and growth. November 2019 marked the beginning of satellite launches and to date, the company has been successful in launching about 1,700 satellites. And let us not forget the fact that in addition to the 100,000 already shipped, there are new orders already waiting. One reason for the aggressive growth pace can be attributed to the fact that SpaceX uses the Falcon 9 rocket for the launch of satellites.

And Starlink is not anywhere near stopping. After all, ambition is what fuels any endeavor, and Musk definitely has enough of it. The company aims to launch about 30,000 satellites in addition to achieving a bigger customer base that touches millions. Starlink has already made its impact felt in 14 countries. The US, Canada, Australia, New Zealand, and ten European countries come under this list.

Twitter as usual flared up with responses and reactions as soon as Elon Musk’s tweet made its presence known. After all, it is a well-known fact that even a tiny action from Musk brings out monumental reactions. Let us take a look at some of the responses following the tweet.

Seems like one success story is already being used to curate another.

Today Elon tweeted that #Starlink has 100k customers. He had been talking about Starlink since 2014. Now it’s actually happening. This is why I take Elon’s new product announcements VERY seriously. When he says #Tesla Bot will happen, it might be a little late but it WILL happen.

@elonmusk my parents are currently evacuated due to the Caldor fire. They took their irreplaceable belongings and the Starlink Terminal to the evacuation site. It’s been a huge benefit to have broadband internet for everyone to get updates! Thank you! They love @SpaceX pic.twitter.com/1oBSzO497x

Well. I bought a Cabin in the Cleveland Natl Forest. Completely off grid and self sustaining. 100 years old, no neighbors. Already ordered Starlink 👌 pic.twitter.com/zXHHfkPxzc

Are we talking about irony here?

Musk fans in the middle of a dense city all tweeting about how Starlink will revolutionize internet in remote locations $TSLAQ $TSLA pic.twitter.com/9RpbA57mFY

Me trying to install my new Starlink: pic.twitter.com/TynGvX6c52

oh great. starlink is trending. is it too much to hope everyone is talking abt the fact that its fucking up earth based astronomy observations?

They really should develop a confused emoji for occasions like these.

Have you seen Starlink satellite "trains" pass overhead in the night sky before?

When I was 20 I wanted a Ferrari, a yacht, and a penthouse. Now I'm 30. I want 10,000 acres in the mountains and a Starlink connection. pic.twitter.com/Txccu1yuEF