Accelerate is one of the foremost innovative and fastest-growing alternative investment solutions providers in Canada. It is a part of Accelerate’s decision to make its Bitcoin ETF carbon negative, which suggests it might remove more CO2 from the atmosphere than Bitcoin mining and transactions would. According to the corporation, each large investment will offset 1,000 tonnes of CO2. 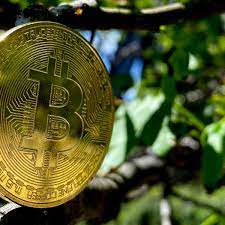 Julian Klymochko, Accelerate’s chief investment officer, pushed back against the notion that the company’s efforts amounted to “greenwashing” or falsely representing oneself as ecologically friendly. In order to designate the product as carbon negative, the company decided to plant trees rather than purchase carbon credits.
Ninepoint Partners LP goes to launch a green Bitcoin ETF that appears to be almost like Accelerate’s proposal. In May, the corporation announced that it’ll acquire carbon credits to mitigate the fund’s environmental impact.

Concerned about the technology’s potential environmental impact, many crypto and blockchain organizations, including mining companies, have proposed solutions that use green or renewable energy. 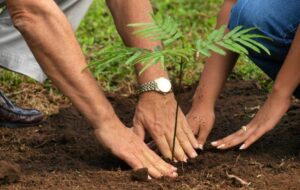 According to Bank of America researchers, Bitcoin’s energy consumption has risen 200 percent since 2019 and is now comparable to that of a small developed country. Tesla CEO Elon Musk and other prominent individuals in the space have expressed concern over the network’s “increasingly rapid usage of fossil fuels.” In February, the investment firm filed an application with Canadian securities regulators for its Bitcoin ETF. Accelerate plans to list the product on the Toronto Stock Exchange under the ticker ABTC, with units purchasable in both US and Canadian dollars.

Despite not yet being approved by the Securities and Exchange Commission, a number of firms are seeking to launch Bitcoin and Ether ETFs in 2021, including 3iQ, Purpose Investments, Evolve Funds Group, and CI Global Asset Management.

Also read: After the break, third-largest bitcoin whale buys $24M worth of BTC