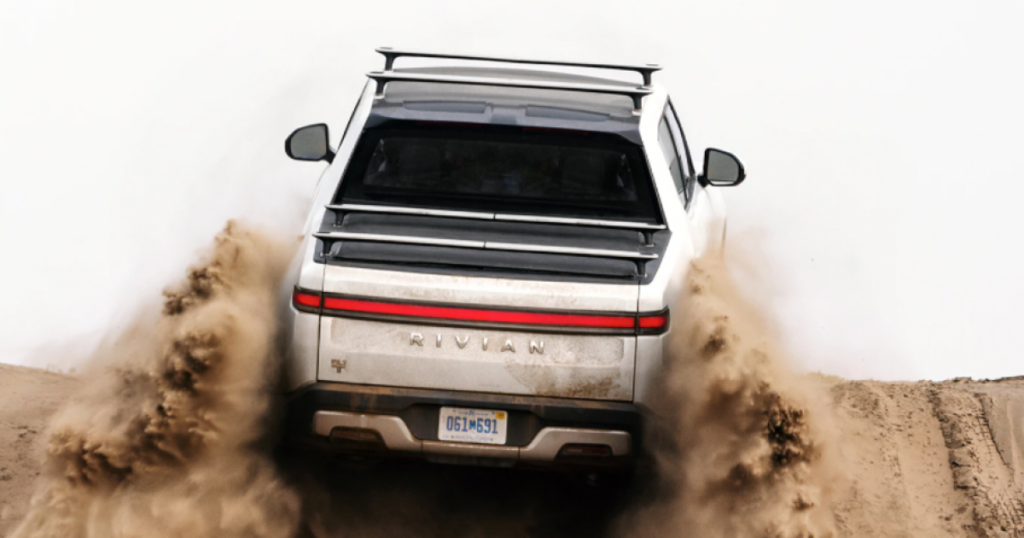 Rivian filed confidential papers for an IPO on Friday, according to Bloomberg.

The builder of electric pickup trucks and SUVs hopes to list somewhere around Thanksgiving and will seek a valuation of $80 billion.

Investors have had conflicting reactions to the company’s eye-popping planned IPO valuation.

Rivian would become one of the five most valuable automakers in the world if its initial market cap reaches that lofty level, leaving industry heavyweights like Ford, Honda, and General Motors in its environmentally friendly dust.

At the very top of that list, you’ll find the name that seems to be Rivian’s white whale more than any other: Tesla.

Rivian is working on two electric vehicles: the R1T pickup truck and the R1S SUV. Rivian’s R1T will compete against Tesla, Inc.’s Cybertruck, which is currently in development.

When a Twitter user remarked on Rivian’s proposed valuation, Tesla CEO Elon Musk had an unusual reaction. Rivian should have delivered at least one vehicle per billion of its valuation prior to its IPOs, according to Musk.

Don’t want to be unreasonable, but maybe they should be required to deliver at least one vehicle per billion dollars of valuation *before* the IPO?

Musk’s retort could be correct. Rivian will have a market cap of $80 billion, which will be bigger than legacy automakers such as GM, Ford, and Stellantis N.V., as well as hot Chinese EV upstart Nio, Inc. Rivian’s RIT pickup vehicle delivery schedule, on the other hand, is ahead of Tesla’s. In September, the business plans to deploy its R1T pickup vehicle, potentially making it the first to market.

One reason for this is the vast sums of funds available to Rivian and CEO RJ Scaringe. According to PitchBook, the Irvine, Calif.-based company has raised roughly $10.5 billion in seven separate fundraising rounds since the beginning of 2019.

Over that time period, no other startup on the planet has raised more money. Rivian was valued at $27.6 billion in January after one of its multibillion-dollar rounds.

Investors include Ford, Cox Automotive, T. Rowe Price, Fidelity, and BlackRock. Rivian’s success is financially dependent on the performance of major automakers, Wall Street titans, and one of the world’s largest corporations.

The immediate conflict between Rivian and Tesla will play out in the world of electric pickups, where the former’s R1T model will fight with the latter’s Cybertruck, as my colleague Alan Ohnsman writes. Rivian’s vehicle is essentially a standard pickup truck that runs on a battery—albeit one with vegan leather upholstery and a $67,500 price tag. This is in stark contrast to Tesla’s model, which appears to be influenced equally by “Blade Runner” and Porygon.

Rivian may also be slowed by chip shortages and other supply-chain issues that have plagued automakers all around the world since the outbreak began.

Rivian and Scaringe, for the time being, are preparing for a public offering that might serve as the starting point for a full-fledged struggle with Tesla and Musk for electric vehicle supremacy.