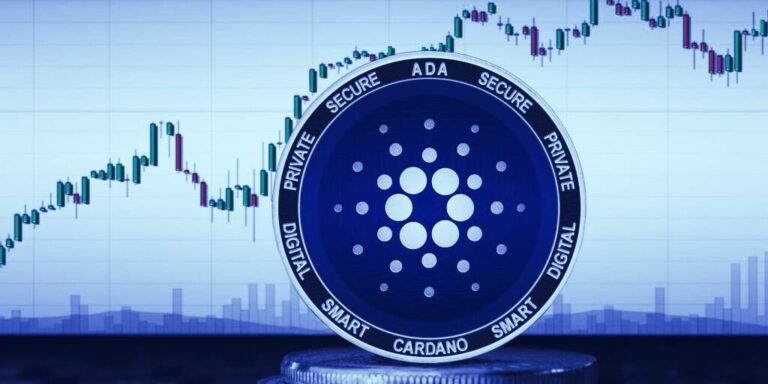 Cardano: Everything you need to know

Cardano or as it is often referred to as ADA is a blockchain technology that is completely different from what we usually see. On the contrary, Cardano is said to be a product of research based on peer review. While we see Bitcoin to be the only cryptocurrency network that resulted from original work, several technologies that went on the same path are simply its fork. This technology is seen as the face of a very sustainable and secure blockchain, having groundbreaking cases of its use.

As discussed, Cardano is a blockchain platform accessible to the general public. This technology is known to be decentralized and as previously mentioned, it is immensely secured along with being open-source, having achieved consensus using Proof of Stake. With the help of its internal cryptocurrency, Ada, it is able to make peer-to-peer transactions smoother than they ever were.

This might have given you a fair idea about Cardano, reading further you will understand various aspects related to blockchain technology.

What is Cardano (ADA)?

Cardano (ADA) is known to be a third-generation blockchain that is accessible to the general public along with being a Dapp development platform. Third-generation cryptocurrencies tend to learn lessons from first and second-generation currencies and improve upon their limitations.

Notably, Bitcoin being the first generation of online currencies has introduced highly secured decentralized cash systems to the world. Shortly after Bitcoin’s release, Ethereum came into the market, having its complete focus on Dapp development being the goal for the second generation of cryptocurrencies.

Not just that, new third-generation cryptocurrencies such as ADA are able to utilize new developments done over the years including, security, sustainability, and multiple layer architecture in order to improve scalability.

Cardano is said to be the first blockchain platform to have earned international media attention by including a peer-reviewed research plan into its core principles. Today, ADA being one of the most popular cryptocurrencies around the globe.

Having read so far, you might be wondering, why Cardano or as known, ADA matters? The answer to this is simple actually. Cardano is different from its competitors in several ways. It being heavily dependent on the academic sector unlike its competition is one of them. Not just that, the design of the platform has been built from scratch using methods based on evidence grounded in academic theory and scientific philosophy, having peer-reviewed research. Among many others, this is one of the reasons why ADA matters.

Also, it is important for you to know that there is a limited number of Cardano available in the crypto marketplace. let me tell you how. All cryptocurrencies can either have an unlimited or fixed supply. Bitcoin can be seen as the most popular example of having a fixed lifetime supply of its tokens being 21 million as there will never be more Bitcoins made available in its entire lifespan.

Cardano is somewhat similar in its terms. Today, nearly thirty-two billion ADA’s are in circulation and Cardano will have a maximum supply of forty-five billion ADA in its lifetime. That itself is a good enough reason to assume that the prices won’t go up. But, again it’s an uncertain market in the cryptocurrency industry and if Cardano’s popularity takes off, the demand will increase because of the limited supply it has to offer.

Cardano (ADA) was founded by Charles Hoskinson, co-founder of Ethereum, back in the 2015 model year. It entered the market around 3 years ago in September 2017. The founders of the project Charles Hoskinson and Jeremy Wood, both worked previously on the Ethereum project. However, due to differences in their vision, the team needed to split. The tokens of ADA derive its name from Ada Lovelace, a 19th-century mathematician.

Having its innovation in language and VM design, Cardano managed to acquire an instant following in the cryptocurrency market. These additions made to Cardano were more of a correction to the issues faced in the Ethereum network. As mentioned previously, the platform managed to differentiate itself from its competitors and started working with highly qualified people across the planet in order for them to include peer-reviewed academic research into their design.

Raising funds was important for Cardano so, an Initial Coin Offering (ICO) was performed. Due to this, the platform earned over sixty-two million dollars from interested investors all around the world. All of the funds raised were obviously used for the expansion of the ADA ecosystem.

Around four years back, Cardano introduced its very first application on the mainnet, marking the beginning of its success story on September 29th, 2017. In the 2018 model year, Cardano secured several partnerships with the level, a lot higher than theirs across FinTech and academic sectors.

Huobi, with a history of being one of the largest cryptocurrency exchanges in China, listed ADA on its platform in 2019. Seeing Huobi, after a short period of time the largest crypto exchange on the planet, Binance added ADA. This took the prices of ADA to a completely different level onto reaching new heights.

If we talk about the statistics, Cardano is only known to issue 45,000,000,000 ADA, over its lifespan. Along with this, as of today, there are nearly 25,927,070,538 ADA, already in circulation in the cryptocurrency market space. Not just that, behind its platform, the Cardano Foundation is a non-profit establishment.

Cardano being an aspiring project, its technology can be used across many potential industries. At present, Cardano is known to have a partnership with the Ethiopian Ministry of Education, with its blockchain storing nearly five million tamper-proof records. So, when those Ethiopian students will look for jobs or higher education, they will be able to find all of their achievements and records on the blockchain itself.

Furthermore, Cardano is often used in the medical sector as its blockchain can be used to avoid the danger of purchasing any counterfeit medications by authenticating medical products. Also, the technology of blockchains can give reliable supply chain tracking for merchants, farmers and haulers. Lastly, Cardano can be seen as useful in many developing countries by providing a record of people’s identities, hence revealing their creditworthiness.

It would be an understatement if I say Cardano is just an impressive project. Having this technology makes Cardano to be among the very few platforms to have found an ideal fit into the mainstream. Having its applications in the agriculture and education sector, Cardano’s robustness along with ADA’s qualities have awakened interest in banks. Majorly because of the reasons discussed here, there is a probability of the institutions taking on ADA to be an industry-standard instead of BTC. Cardano’s developers have prioritized a few factors for a long time now including Sustainability, Scalability along with interoperability. As mainstream adoption ramps up, it is likely for ADA to move up in the pecking order considering all these factors are basically where Bitcoin lacks some way or the other.

Having said that, despite Cardano’s immense reliance on academics, there are some in the industry pointing out what may be categorized as a few potential issues with the network.

Especially, Vlad Zamfir, a PoS researcher for Ethereum can be seen arguing regarding the on-chain voting, stating it to be dangerous. As per Vlad, the system pressurizes rule changes based on full nodes, removing a necessary check along with a balance that is provided by informed node operators.

By now, you might be wondering what all exchanges you can use to trade Cardano and which one is the best for you. Let me try and make your work easier. As you are already aware by now, Cardano being one of the most popular cryptocurrencies available today, it is likely for you to find it listed on a number of cryptocurrency exchanges including Kraken, Binance, Coinbase, and SoFi to name a few.

Seeing how popular it is, Cardano is not listed everywhere, though. Gemini exchange is one of the notable sites on which it is not listed, at least yet! Also, you will not be able to get it when you are purchasing cryptocurrency using Venmo or PayPal.

In case you are wondering which exchange is best suited for you looking at your location, it is not as difficult as you might think it to be. Let me help you with that, for USA residents, the Kraken exchange is the best option. For people living in UK, Canada, Singapore, and Australia, Binance seems to be the best crypto exchange available.  However, on Binance, people residing In the USA are prohibited from buying many tokens listed on this platform.

In addition to this, no matter how much the hype is, like every other cryptocurrency, Cardano too has its own risks. We can’t be certain about anything, not even if it is even worth anything in the coming future. If you invest in Cardano, these are some risks that you will need to take. Since now you know more about it, you can yourselves decide if buying Cardano is the right thing for you to do.

In conclusion, I think Cardano (ADA) is a great investment. It is extremely important for you to understand the fact that you should invest in cryptocurrencies only if you are willing to take certain risks and can bear losses if they incur.

What are your thoughts on Cardano? You can let us know in the comments below. Thank you for your time & if you found our content informative, do share it with your investor friends!

Also read: Binance Coin: Everything you need to know