Thailand has taken steps to encourage the use of cryptocurrencies. Thailand’s central bank has stated that a central bank digital currency will be tested in the second quarter of 2022. The Thailand Stock Exchange will provide support for the trading of Bitcoin and other digital assets, following Thailand’s strategy to digital assets adoption. 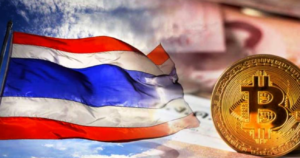 Despite concerns that the use of cryptocurrencies as a form of payment poses a threat to Thailand’s banking industry, the country’s financial authorities have decided to restrict their use.

“Digital asset business operators have expanded their business to cover services related to the use of digital assets as a means of payment for goods and services,” according to a joint statement from the Bank of Thailand (BOT), the Securities and Exchange Commission (SEC), and the Ministry of Finance (MOF).

Thailand’s Bitcoin economy is gaining traction as more merchants and real estate developers begin to accept cryptocurrencies. Rather than attempting to halt the adoption of cryptocurrencies among Thai residents by prohibiting cryptocurrency trading and mining, the country’s legislative entities are establishing a regulatory framework.

According to an anonymous source inside the Finance Ministry who revealed information to the Bangkok Post last month, this framework will impose a 15 percent capital gains tax on profits from cryptocurrency trading. All taxpayers, investors, and mining operators who profit from cryptocurrencies will be subject to a 15 percent holding tax.

Thailand’s central bank has also stated that a central bank digital currency will be tested in the second quarter of 2022. In addition, as part of a planned crypto-tourism push, the government will develop its own utility token, the TAT token.

To add to all of these developments, the Thailand Stock Exchange has announced that it would introduce support for digital assets, allowing traders to trade Bitcoin and other prominent cryptocurrencies.

Thailand’s regulatory and governing organizations will have no choice but to establish and execute a regulatory framework around cryptocurrencies as a result of these cryptocurrency-related incidents. Despite concerns that cryptocurrencies constitute a threat to Thailand’s banking sector, the country’s financial authorities will proceed to regulate them as a form of payment.

Rather than following in the footsteps of other countries, such as China, which have cracked down and banned cryptocurrency investing and mining, Thailand will look into how cryptocurrency and blockchain technology can benefit the country and create a regulatory framework that benefits both citizens and the government.