Celo: Everything you need to know 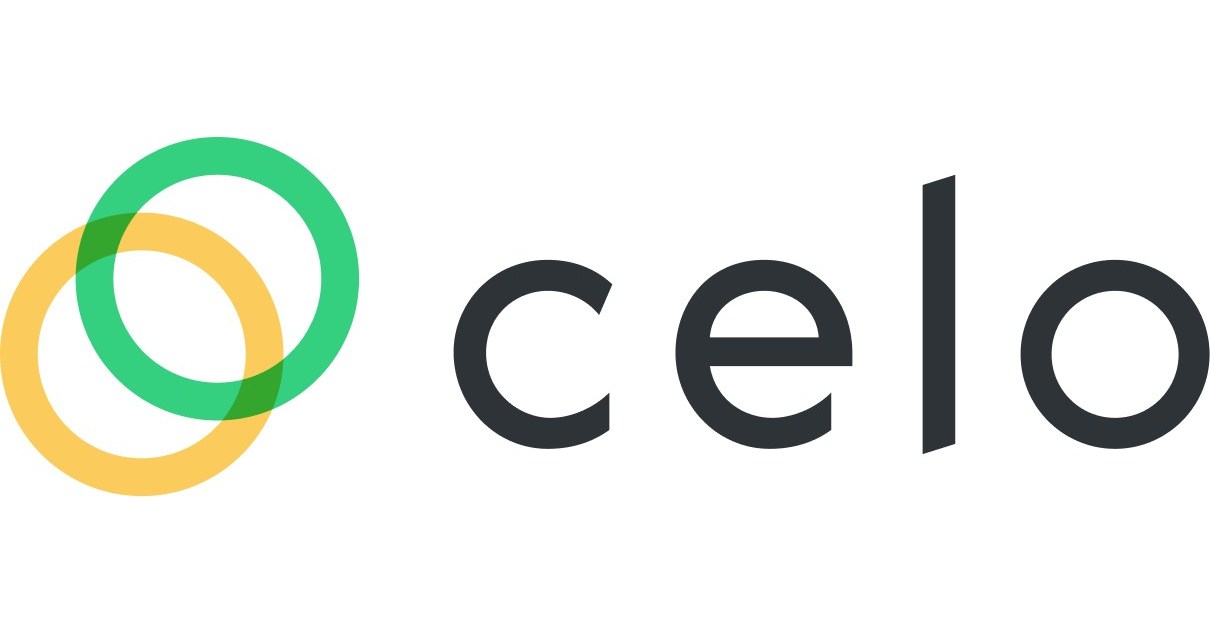 Cryptocurrency or as often referred to as crypto is nothing but a form of virtual currency which can be used for transactions online over the internet. As of today, cryptocurrency is something that many of us are already familiar with. Since the online currency first launched a few years ago, it has made quite a name for itself. This digital asset can be stored in online digital wallets and can even be used to buy goods and services online. Over the years, the crypto industry has had a boom in popularity and a lot of people has earned profits by investing in the crypto marketplace. In the past couple of years, we have been able to witness a lot of currencies that came up and earned fame and success but unfortunately not all cryptocurrencies that came up were able to make it to the mainstream of the crypto space and went down soon after.

Cryptocurrency uses blockchain technology which enables it to store and manage transactional records and is immensely secured with the help of cryptography. On the other hand, even today, a lot of people still don’t have a proper understanding of the field. While some people gained huge profits, some had to bear significant losses. It is extremely crucial for you to understand a basic fact about the crypto industry which is that this is a highly volatile and extremely uncertain market and those who invest in crypto should be mentally prepared to bear losses if at all necessary. In recent years, there have been a lot of currencies that came up in the marketplace which increases the options for us as buyers and gives us an opportunity to choose the currency we want to invest in. However, this option was not available earlier when the industry initially started.

Speaking of the currencies available, let me tell you that, there are several popular currencies that can be bought by any crypto exchange in the market such as Dogecoin, Baby Doge, Ethereum, Polygon, Cardano, Solana and of course the industry-leading Bitcoin, to name a few.

But that’s not it. Here with us we have a fairly new cryptocurrency that has been able to attract many potential investors from all around the globe, Celo. if you are interested to know more about Celo, I suggest you read further! 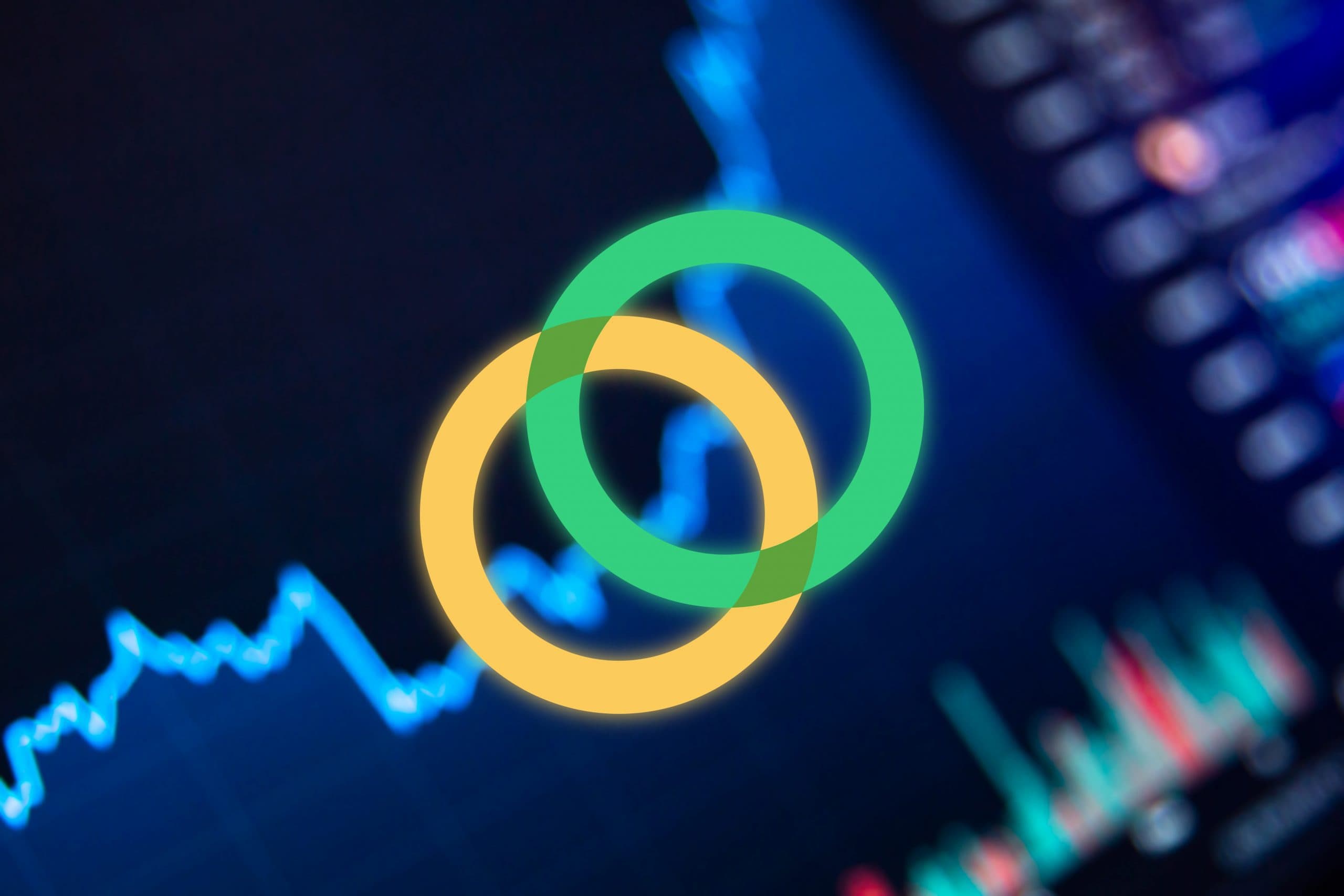 Celo is nothing but a form of blockchain ecosystem which aims at growing the adoption of virtual currency amongst smartphone users. Just by using phone numbers as public keys, Celo has a vision of introducing billions of smartphone owners from all around the world to transacting in online currencies. As a part of decentralized finance(DeFi), the Celo network also allows the development of decentralized applications(DApps) along with smart contracts. The network’s mainnet was first launched back in April 2020.

In simpler words, Celo is just a platform that acts as a global infrastructure for making payments for cryptocurrency that aim to focus on smartphone users across the planet. The objective of the platform is to make financial activities easily accessible to everyone on a global level, all thanks to the platform’s ability to make payments to and from any mobile number in the world.

In addition to this, it is vital for you to know that the platform has two native tokens, CELO which is a Proof-of-Stake(PoS) token used for governance participation, transaction fees and other related activities. Other than this, the company’s objective is to host several stablecoins such as Celo Dollar(CUSD), which is already in use as of today. Since its launch on the mainnet, the blockchain has seen remarkable growth. Celo as previously mentioned is particularly a mobile solution and is made up of nearly three major components including governance and incentive policies, it is lightweight, hence providing a much more satisfying user experience and lastly, a stability tool in order to provide stable-value currencies.

Also, the platform is based on Ethereum and the Celo protocol is backed by Celo coin which is a primary digital asset. It is compliant with ERC-20 and can be used to promote the delivery of tokens through decentralized exchanges. Furthermore, the platform integrates stablecoins, advanced programmability, proprietary payment infrastructure along with a custom-built blockchain. In this way, the platform was designed in order to allow the development of the next-gen decentralized applications(dapps) and also to streamline global payments for billions of people across the globe. Its first application, Celo Wallet, aims to be a social payments system that is focused on smartphones. The platform serves as a utility that allows its users to be a part of network consensus and thus vote on governance decisions and pay for on-chain transactions.

For those of you wondering what makes Celo unique? Let me help you with that. The main selling point of Celo is its major focus on smartphone users. The company argues that the number of smartphone users is increasing rapidly but on the other hand, people using virtual currencies are increasing at a much slower rate if compared. Bridging the gap between crypto and mobile phone is what Celo aims at, along with utilizing the benefits of DeFi by assisting in the creation of smart contracts and DApps. The Celo network being optimized for use on mobile phones, it automatically calculates the transaction fees and enables users to go pay the gas fee which powers the transactions in any online currency. 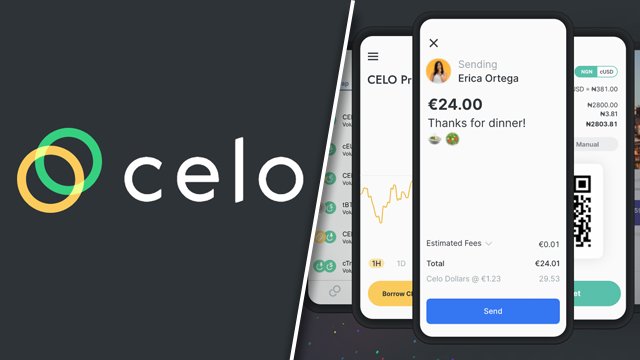 Celo was originally developed by a team comprising of people from a lot of globally popular organizations including World Bank, Google, Harvard University, Visa, MIT, U.S. Department of Justice and Cambridge University to name a few. There are many separate entities that are aimed at the preservation and promotion of Celo. Along with the mainnet launch of the platform, a dedicated Celo Foundation was also introduced which is a US-based non-profit organization that assists in the development and growth of the open-source platform. The foundation is also guided by certain principles of the Celo community and contributes to environmental health, technical research, education, engagement of the community and ecosystem reach. In addition to this, Celo was founded by Rene Reinsberg along with Marek Olszewski nearly four years ago in the 2017 model year. Both of them were executives in a firm aimed at web hosting’s known as GoDaddy.

In just two years, between 2018-2020, Celo managed to raise more than 46.5 million dollars by selling nearly a hundred and twenty million CELO tokens in both public and private sales. While the Celo client is known to have been originated from the Ethereum Go language client go-Ethereum, the Celo blockchain is in no way similar to that of the Ethereum network and both are completely separate from each other. The virtual currency of the platform CELO, is comparable with Ethereum’s currency, Ether. For some of you wondering whether or not Celo operates on the Ethereum blockchain? let me tell you that Celo is not developed on the Ethereum network and is an independent chain on its own.

How does Celo work? 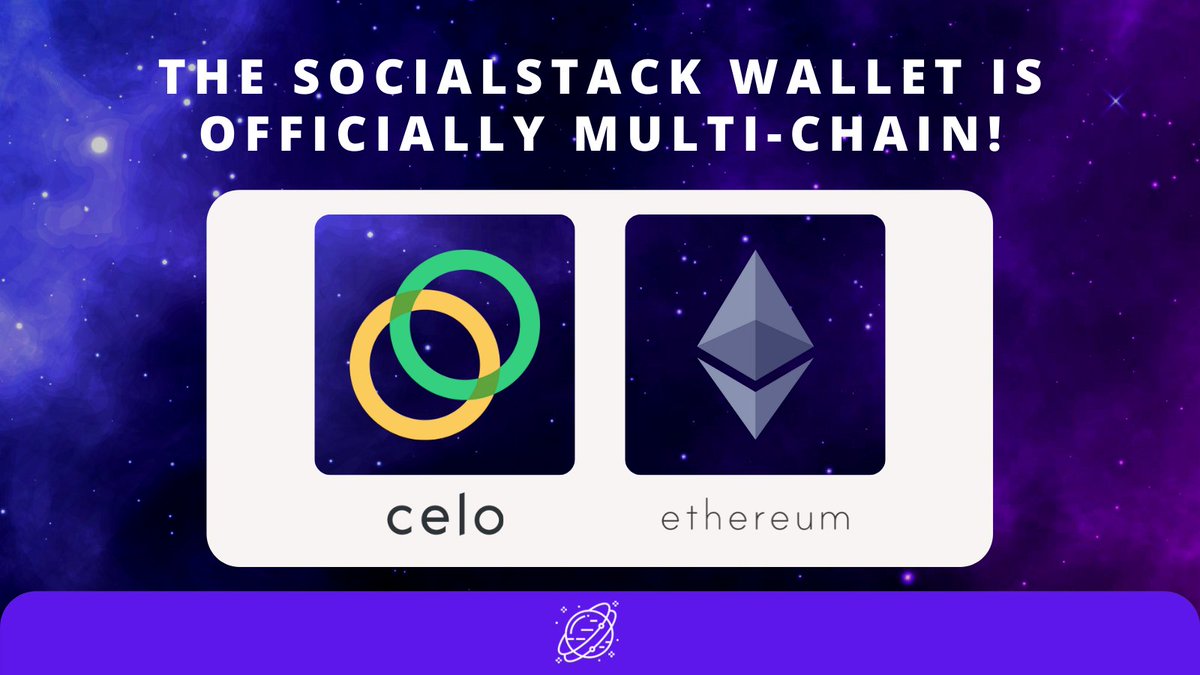 Celo functions as a multi-asset protocol that is cryptographic for social payments which are decentralized. The Celo network is said to be a fork of Ethereum that brings forward some alterations in order to provide mobile support and much more scalability. In particular, it is worth mentioning that the entire Celo network is ERC-20 compliant. This designation however means that you will be able to get access to the extensive Ethereum ecosystem including DEXs, wallets as well as DeFi applications.

The Celo platform is said to be unique as it combines stablecoins with an address based encryption system which is custom-built in order to create a monetary ecology that is indeed well suited for usage within a social atmosphere. The major part of this entire platform is that users don’t have to learn any new features or even terminology, which makes it much more easier and user friendly. For better understanding, let me tell you that the platform operates more or less similar to other money transfer mobile applications like CashApp and Venmo. The users on the Celo platform can easily send money to the other party just by using their phone numbers, emails or a list of other available options.

In addition to this, another thing worth mentioning is that the Celo network relies on three major contributors for the operation of its platform including Light Clients, validator Nodes and Full Nodes. Light Clients consists of Celo network applications that function by using user’s smartphones, like Celo’s mobile wallet. On the other hand, Validator Nodes consists of computers that are a part of Celo’s consensus mechanism, produce new blocks and helps in validating transactions. Lastly, Full nodes consist of the computer systems, acting as a bridge between mobile wallets and Validator Nodes, taking requests from Light Clients are further passing the transactions on to Validator Nodes. 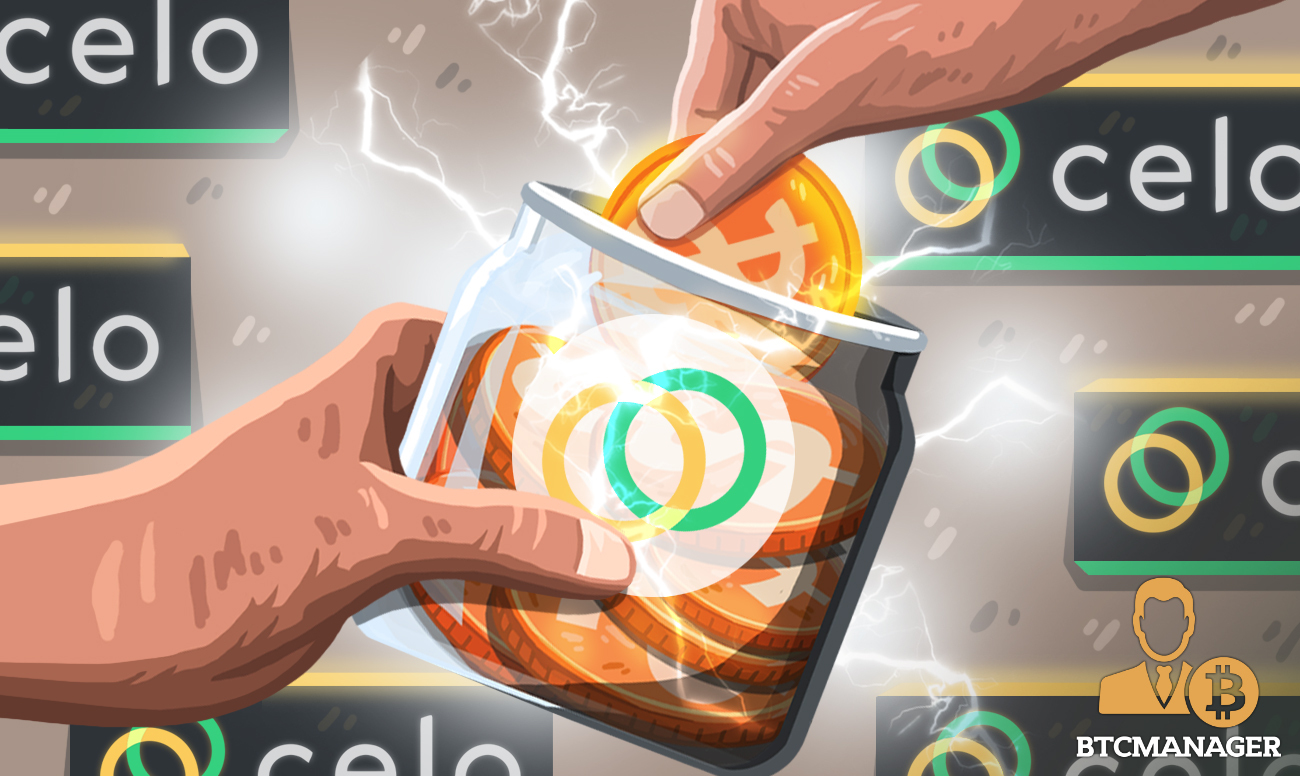 By now you must be aware that CELO and CUSD both work using the Celo platform. It is important for you to know that CELO comes with a fixed supply of a billion tokens. Out of those 1 billion tokens, 600 million tokens were open at the time of mainnet launch back in April 2020. The remaining supply will be delivered gradually via awards and prices.

As of today, the price of Celo is nearly 7.26 US dollars along with a twenty-four-hour trading volume of about 1,768,283,131 dollars. The value of Celo has increased by about 77.73 percent in the past twenty-four hours. The currency has a market cap of nearly 2,080,914,607 US dollars, which places it at sixty forth in the CoinMarketCap rankings. Also, it is worth noting that the currency has a total maximum supply of 1,000,000,000 CELO coins, with a current circulating supply of nearly 286,702,568 CELO coins.

If you are looking for an investment with good returns over time, I believe Celo might be a profitable investment option for you. Based on the forecasts, an increase in the prices of Celo is eventually expected in the long term. With a five year investment of the currency, it is anticipated that you will get nearly +534.12 percent. Moreover, if say you invest hundred dollars today, it will get you about 31.707 CGLD and this hundred dollar investment may go up to 634.12 dollars in 2026.

For those of you wondering, where can you buy Celo? Let me make it easier for you. CELO is majorly listed on all popular crypto exchanges but a few exchanges that have Celo listed include Upbit, Binance, Bitget, Coinbase and OKEx. However, there are many more exchanges to choose from.

In conclusion, as mentioned above, I believe that CELO might just be the one for you considering if you are planning on holding it for a long term period. However, it is highly essential for you to know the risks of investing in Celo and invest only if you are willing to take those and bear any losses if at all it comes to that. Never invest more than what you could afford to lose. It is important that you do your own research before investing and not just go with the hype created over the internet.

What are your thoughts on Celo? Do let us know in the comments below. To know more about various cryptocurrencies, do check out other articles we have on our website. Thank you for your time & if you found our content informative, do share it with your investor friends!

Also read: Gnosis: Everything you need to know