The head of Iran’s securities and exchange regulator says the central bank should focus on cryptocurrencies now that bitcoin mining is a regulated operation. When digital assets are regulated, the regulator is willing to consider accommodating the crypto trade. 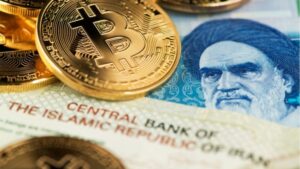 The Securities and Exchange Organization (SEO) of Iran has no intentions to host cryptocurrency trade in the country’s capital market in the near future, but that could change if cryptocurrencies are properly regulated. According to the authority’s head, Mohammad Ali Dehqan, this is the case.

According to Dehqan, who was quoted by the Ibena news agency and the English-language Iranian business daily Financial Tribune, government guidelines for cryptocurrency mining are now the sole crypto-related regulations.” The CBI should be dealing with the people’s use of the mined cryptocurrencies,” he continued.

Digital currency trading in the Iranian capital market is not viable at this time, according to the SEO official, because the Central Bank of Iran (CBI) has not made a particular announcement regarding the usage of cryptocurrencies. Mohammad Ali Dehqan, on the other hand, emphasized ‘’If the Central Bank of Iran regulates cryptocurrency, we will investigate the matter’’.

In Iran, where cryptocurrency investments have grown in popularity, there have been calls to regulate them. In May, the Iranian parliament encouraged financial regulators to proceed with caution in dealing with the issue, and capital market authorities to develop effective investment vehicles for lawful crypto trading. The country’s economy minister warned in June that the government cannot interfere with crypto technology development for too long.

Iranian authorities are under pressure to clean up the crypto-space

Last month, MPs suggested draught laws prohibiting the use of cryptocurrencies in domestic payments while also regulating cryptocurrency exchanges and providing support for cryptocurrency miners. The bill’s authors want the CBI to be in charge of crypto market regulation. The Iranian National Tax Administration recently proposed taxing digital asset exchanges that operate in the country, urging officials to authorize their operations.

Although the CBI allows Iranian banks and moneychangers to process bitcoin created by miners inside Iran to pay for imports, Iranian authorities have been attempting to restrict the crypto trade. Earlier this month, legal experts from the president’s office emphasized that the current legislation in the Islamic republic does not prohibit the trading of cryptocurrencies, often known as coin swapping.

Since the Tehran administration recognized bitcoin mining as a valid industrial activity in 2019, it has remained the only crypto industry in Iran that is fully regulated. The Ministry of Industries, which has previously approved a few dozen mining companies, requires miners to apply for a permit.

Do you think the Iranian government will control cryptocurrency use in the country? In the comments area below, please share your thoughts on the topic. Also if you find this article informative then do share it with friends and family.

Also read: Dogecoin becomes the focal point of memes yet again as it continues its run for one