Chamath Palihapitiya, the founder, and CEO of Social Capital and a former Facebook employee, recently announced that he sold his Tesla stock last year. Palihapitiya had been optimistic on Tesla for some time, but he sold following the stock’s meteoric climb last year. Because of the high prices, he was able to raise funds to support his other projects. 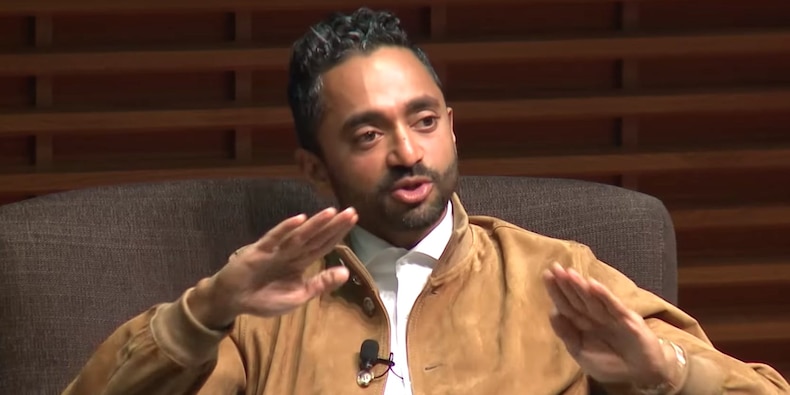 “I don’t have an endless supply of cash. So, when I have these ideas, I have to find a way to fund them,” Palihapitiya said at CNBC’s Delivering Alpha conference on September 29.

Tesla’s stock was selling at a little around $90 at the start of 2020, before soaring to $900.40 this year. Tesla’s stock recently ended at $781.31, up 743 percent. While the stock has cooled off in 2021, rising just 11%, it is still up 82 percent in the last year. Investor emotions, strong demand for alternatives to fossil fuel automobiles, and a propensity for growth-oriented firms all helped Tesla’s stock rise.

Due to its “distributed energy business” and anticipated shifts in energy infrastructure toward greener energy, Palihapitiya said in January that Tesla’s stock value could easily double or treble again.

While Palihapitiya admitted that he was partially incorrect about Tesla’s development prospects since he “totally misjudged” the EV market, he remained optimistic about the company’s future but the chance to sell was too good to pass up.

To set the record straight, my comments yesterday about $TSLA and throughout 2021 were not tied to any ownership in the company. I have not owned any $TSLA since BEFORE 2021. I was speaking only as an enthusiastic supporter of the company and its mission.

“The market has shifted now,” he added, “and Tesla will be extremely busy just being a best-in-class EV company.”

However, while Palihapitiya has stated his faith in Tesla, many others are skeptical of Elon Musk’s firm. Michael Burry, the renowned investor who correctly foresaw the 2008 real estate bubble burst and profited $800 million, as a result, has put options on 1.1 million Tesla shares valued at $731 million at the end of June.

Burry’s Scion Asset Management’s put options are predicated on a negative wager in which they stand to benefit handsomely if the price of Tesla shares falls before the put contract expires.

Palihapitiya, who claimed in 2017 that short-sellers were grossly underestimating Tesla’s business, said on Wednesday that he, too, had misjudged the electric-vehicle industry, anticipating that Tesla will be “extremely busy” in the future.

Palihapitiya has been quite busy recently, leading the SPAC charge. He filed for four more special-purpose acquisition businesses in June, all of which are focused on biotech firms.

Also lately according to a Piper Sandler analyst, Tesla’s (TSLA) third quarter will be the company’s “strongest quarter ever,” as he reaffirmed his overweight rating and raised his 2021 projections.