Cheapest Space Flight offered by Space Perspective at $125K per person Their spaceship Neptune One will reach space with the help of Balloons.

While SpaceX, Blue Origin, and Virgin Galactic are racing for making space flights commercial. A Florida-based balloon company, Space Perspective announced a reservation opening for their space flight at $125,000 per person. Their spaceship is named Neptune One which will use balloons to reach the edge of space. 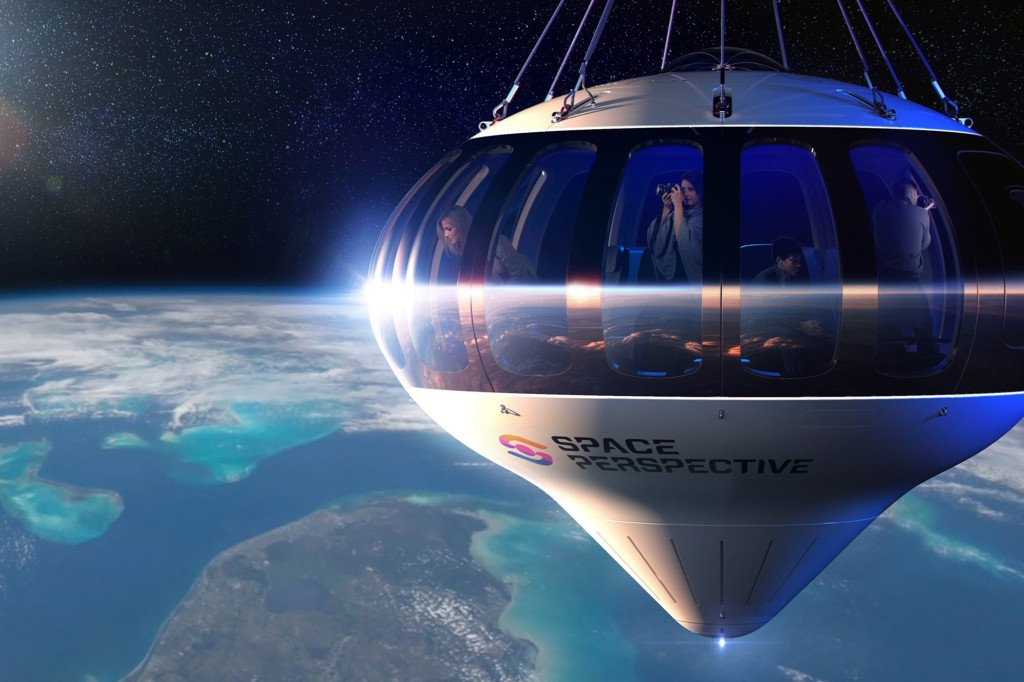 While $125,000 is not really cheaper, but comparing with Virgin Galactic’s $200,000 ticket. Blue Shepard hasn’t announced their ticket price yet, and SpaceX hasn’t made a move with commercial flights yet. But, a trip to the International space station might cost $55 million. However, it is expected that the minimum cost of each ticket would be $2.5 million for any spaceflight.

.@SpacePerspectiv: “Up to eight guests can have the sensational experience from the comfort of plush, reclining seats in a beautifully appointed capsule, complete with a bar and a bathroom, for $125,000 each.”

On the other hand, Space Perspective is not going to have its first space flight anytime soon. The earliest commercial flights are expected to start by late 2024.

Space Perspective is going to use hydrogen balloons to provide a “new era in luxury travel experiences”. As you can see in the above picture, it is a passenger capsule carried by balloons. The panoramic windows and reclining seats allow passengers to view the earth.

Space travel with hydrogen balloons is considered the most eco-friendly option found to date. Spaceship Neptune can carry 8 passengers at a time with 650-foot-tall hydrogen-filled balloon. It is known that the capsule has a bathroom and a bar. Space Perspective is offering a smooth and pleasant ride to space.

Last year Space Perspective revealed that their hydrogen balloons are made of high tensile polyethylene. More information was given at the press presentation last year.

It also considered the safest space travel because there are no cases of balloon flight failures for more than a hundred decades. Furthermore, Space Perspective insists that the experience with their space flight is unique and luxurious.

In a way, it is interesting to experience because we all wondered at some point what will happen if hydrogen balloons go to space.

Reported on 23rd June, Neptune One Spaceship test flight successfully flew ozone centers into space. The launch was from NASA’s Kennedy Space Center. And the launch took place on Friday.

Neptune One splashed down in the Gulf of Mexico after sending the UNF sensor payload to the designated location in space. Currently, it is being recovered. In a statement to the press, Co-CEO  Taber MacCallum stated, “could not be more proud of the performance of the team and the flight system. It was spectacular to witness the teamwork and the high level of expertise yield such a successful result”.

He further added, ‘This test flight of Neptune One kicks off our extensive test flight campaign, which will be extremely robust because we can perform tests without a pilot. Making Spaceship Neptune an extremely safe way to go to space.”