Two months ago, OSCAL launched its first quality smartphone, C20, which is known as a budget phone with trendy design. The phone has received global popularity right after its first appearance and has built a global fan base for OSCAL. Hence, in an effort to satisfy the growing need of its fans, OSCAL is back with its latest masterpiece called Pad 8 after a round of large scale of technology upgrades. 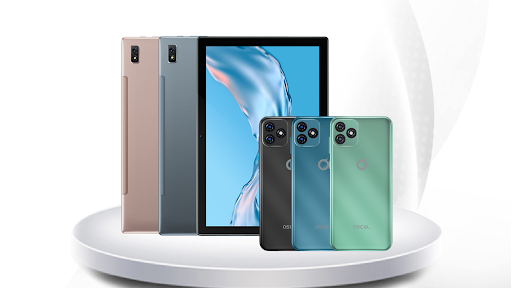 According to what OSCAL’s global chief executive officer revealed in a recent interview, the brand  positions itself as a pioneer in the youngster-oriented smart device market. Driven by its DNA of innovation, OSCAL is committed to help people mainly under 35 afford smart electric devices with leap-forward performance and trendy design at a best bargain price. To deliver on that promise for its global users, OSCAL, supported by an outstanding R&D team consisting of engineers who have worked in international first-line mobile phone companies for decades, not only  endeavor to maintain its leading role among its counterparts, but also boasts mainstream smartphones, rugged phones, tablets, earbuds and more so that it can open up the global market covering over 100 nations from  Europe, Africa, Asia, Latin America and Oceania. 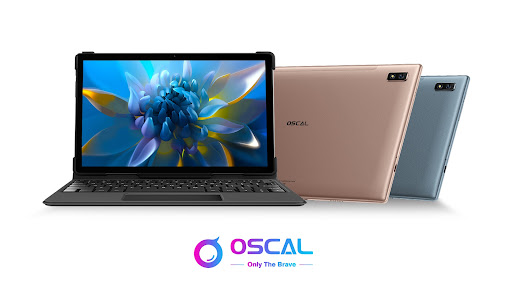 With such ambition in mind, OSCAL now releases the Pad 8 that is expected to dominate the tablet market.  Pad 8 is a lot more unusual than the name makes it sound as it strikes a perfect balance in terms of  classy appearance, vivid display, smooth operating system and large capacity battery and customized Apps. 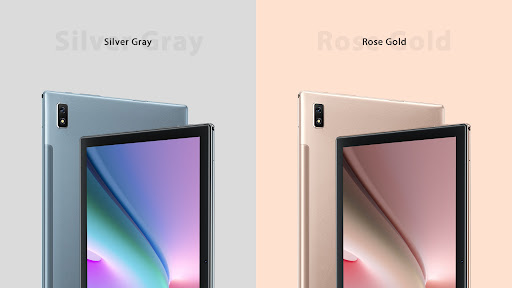 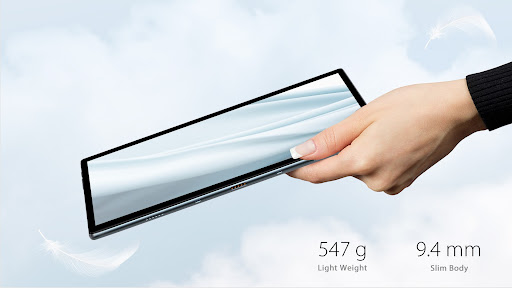 Resistance to accidental drop would  be a vital factor to assess the quality of a tablet and Pad 8 would not let you down in terms of durability. Equipped with armoured glass and metal chassis, Pad 8 would survive the severest drop test or scratches. Curved and smooth edges of the Pad 8 offer its users a silky touch that would only make you reluctant to put it down. OSCAL Pad 8 lowers its weight down to 547g and the thickness down to 9.4mm so that you can carry it around with single hand or tuck it inside your bag.

Beyond svelte body and small size, a large and cheap 10 inch tablet screen is essential for people who rely on a tablet heavily in work or entertainment-seeking. The OSCAL Pad 8’s 10.1-inch screen and 78.5%  screen-to-body ratio easily dwarf a smaller screen, letting you never miss a scene in a movie. Plus, its 1200*1920 resolution supports high color saturation and outstanding clarity, offering vivid image quality and immersive visual experience. More importantly, with an enhanced operating system algorithm , the Pad 8 screen is tuned with less brightness than its predecessors, making itself more eyes-friendly, especially for young kids, with less risk of eye strain resulting from long screen time.

Additionally,  OSCAL’s Pad 8 works with a keyboard (not included), capable of transforming itself into a PC so that students or office workers can turn the Pad into an intimate partner in entertainment or work. For instance, they can reply to emails or write homework or novels on the Pad with a keyboard. 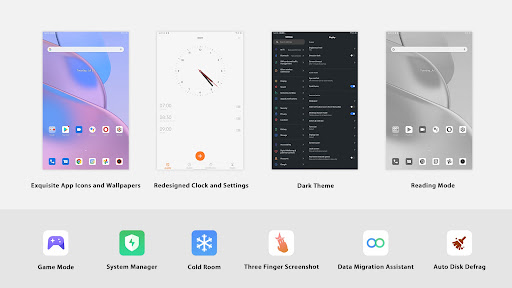 Like the tablets from Blackview, the OSCAL Pad 8 runs an unique OS based on android, namely Doke_P 1.0 OS, which delivers an optimized user interface, and considerable functions based on Android 11.

For instance, the System Manager is an all-in-one solution that includes free up more space, smart power saving, game speedup and app management. The Cold Room is used for cleaning background processes, stopping stealthy running apps and boosting performance. Doke_P 1.0 OS also features Data Migration Assistant, Reading Mode, Game Mode, Three-Finger Screenshot, etc. The Clock interface features simplicity and practicality in order to keep you informed of the time at a glance. If you have had hands-on experience with it, you would have probably known the enhanced efficiency and fluidity. 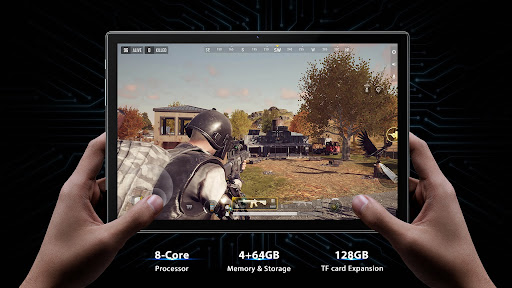 The OSCAL Pad 8 is powered by an octa-core processor and paired with 4GB RAM, 64GB ROM and 128GB expandable storage. So it is easy to multitask and keep your important files at hand.

Its 6580mAh high-capacity battery supports you to watch videos and work for a longer time than you’d expect in a device at this size. It offers 5 hours of video playback and 7 hours of web page browsing, 5 hours of online gaming, 28 hours of local music listening and 480 hours of standby time. 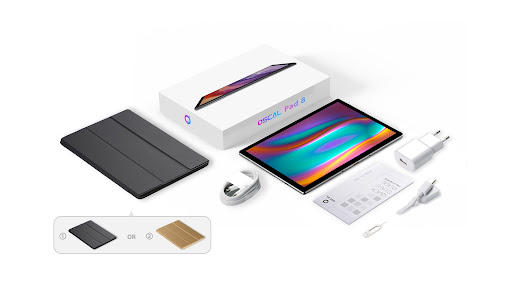 Surprisingly, this tablet features a docking port for connecting a keyboard easily. The optional keyboard delivers a smooth typing experience, a built-in trackpad, and adjustable viewing angles, allowing you to work just like with a laptop.

2.4G & 5G Wi-Fi makes the OSCAL Pad 8 have a faster speed from a longer range, delivering smoother video and gaming experience. And dual 4G SIM  cards enable you to stay connected wherever you are.

Besides,the OSCAL Pad 8 has a 5MP rear camera, and a 2MP front camera for video calls and the face unlock function.

As for price, Pad 8 can undoubtedly outperform most of its rivals with many outstanding features and better operating system. You can find more information about the Pad 8 on Oscal’s offical website.

Whether you are a tablet buff or new to the tablet world, Pad 8 would live up to the highest standard you are looking for on a tablet that would leap out of the crowd!