The all-new 2022 Chevy Menlo EV gets a Mickey Jung Fu edition in China, leaving Disney fans in the US with no dice. The arrival of the Silverado EV comes with a bolder and new look. This edition is part of the GM and Disney’s collaboration in Asia. 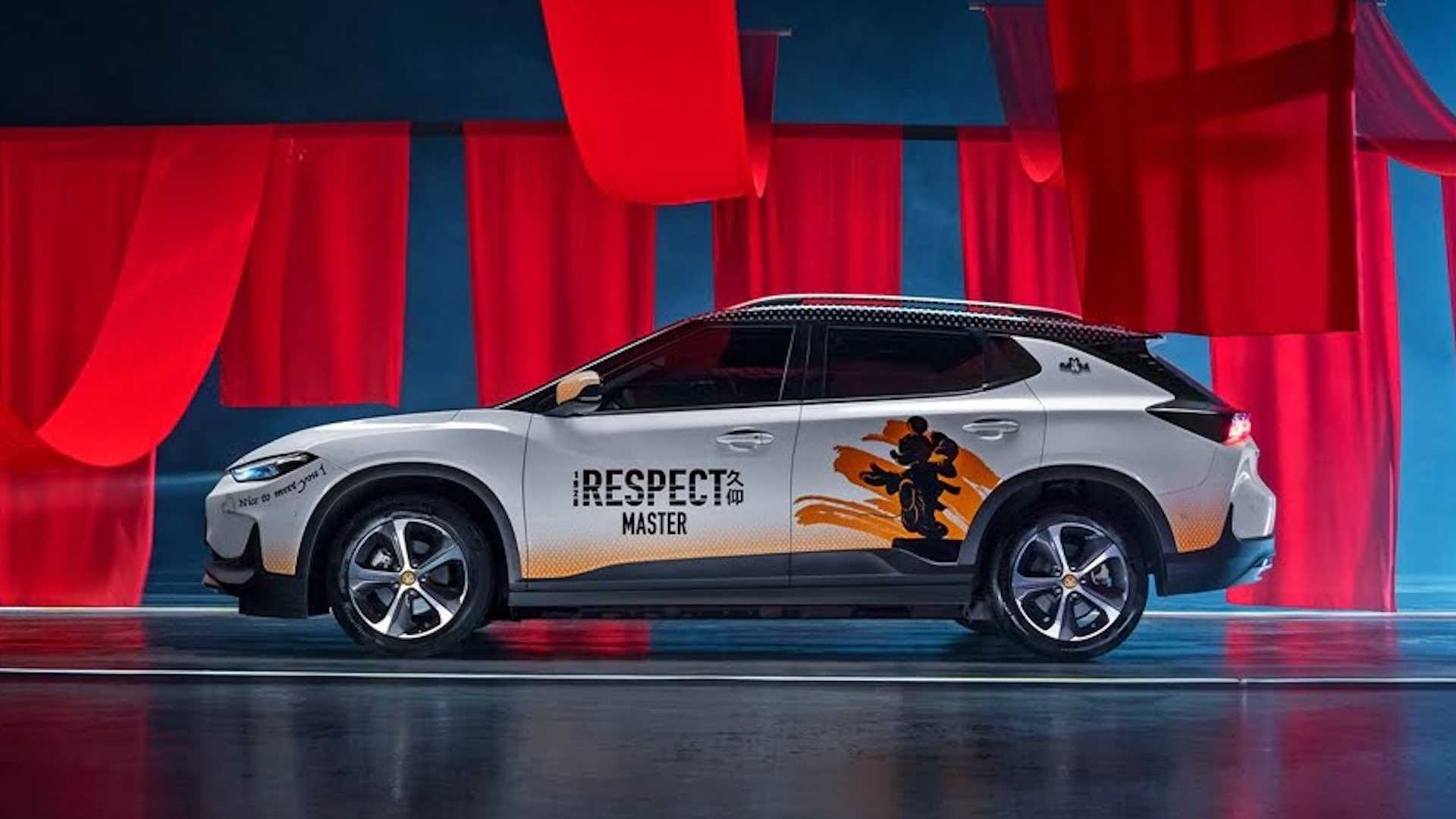 The zero-emissions truck is set out to represent GM’s entry into the electric vehicle market, particularly in the electric truck segment. However, in China, the launch is quite spectacular as Disney is collaborating with GM in Asia. This isn’t the first Mickey-themed Menlo EV for China. The first ones were the Menlo EV Mickey Magic Edition and Menlo EV Mickey Space Edition, both introduced last year.

The latest Menlo EV Mickey Kung Fu Edition is based on the Mickey Kung Fu saga where the world’s most popular animated character practices Kung Fu. The Menlo EV gets decals to represent Mickey’s journey, plus the wheel hub caps get a self-glowing cover with the Mickey icon. Inside, the Mickey theme continues with the trim colors partnered with the ambient lights on the dashboard and the doors.

Interestingly Chevy Menlo is only sold in China. It was first launched in 2019 and is the Golden Bowtie’s first fully-electric vehicle in China. With a range of 255 miles, the vehicle is much in demand. The Mickey Kung Fu edition comes along with the other updates of the vehicle. The updates include a new 61.1-kWh high-performance ternary lithium battery pack and an upgraded motor system, allowing 322 miles (518 km) of range on a single charge.

The price of the vehicle is around 179,900 CNY or around $28,300. Chinese buyers get to enjoy an exclusive gift box with every purchase, along with a concierge service and cool perks at Shanghai Disneyland. As many models are being released this year, especially in the US, this new concept of Disney could attract many Disney fans or families with a child. In many Asian countries, it is common for vehicles to have Disney stickers or pictures on transportation. While such a similar model may or may not work in other western countries, this is an interesting concept. Automakers like Tesla has collaborated with mobile games last year, where their vehicles were seen in the game, used by players. There are various other ways companies are collaborating with automakers on many aspects. And GM’s collaboration with Disney is only one among them.