The livestreaming industry in China is growing and thriving, and the country’s commerce ministry has said that livestreaming hosts should dress appropriately and speak Mandarin, when they are marketing products online. With this ruling, it seems that livestreamig marketing is on its way to become the latest industry to have come under the Communist Party-led government’s radar, following in the footsteps of the edtech and gaming sectors, among others.

It remains to be seen how this new order will fare with biggies like Nike, L’Oreal, and Dyson. The industry has seen a rapid growth in the past two years, so much so that now, most e-commerce platforms in China have started allowing people to sell and buy through livestreams.

However, with great popularity comes great scrutiny, and buyers and brands alike accused livestreamers of faking sales numbers and misrepresenting products. This eventually resulted in the nation’s cyberspace regulator formulating a set of guidelines to direct the industry in November.

Following those rules, the Ministry of Commerce put forward a more detailed set of guidelines, asserting that using Mandarin, which happens to be the official medium in China, will be a better option while livestreming. Also mentioned is the appropriate way in which livestreamers should dress, with the Ministry holding that a dress code that is not offensive to the audience, and is capable of carrying an image that reflects the product/service’s characteristics, is to be followed. 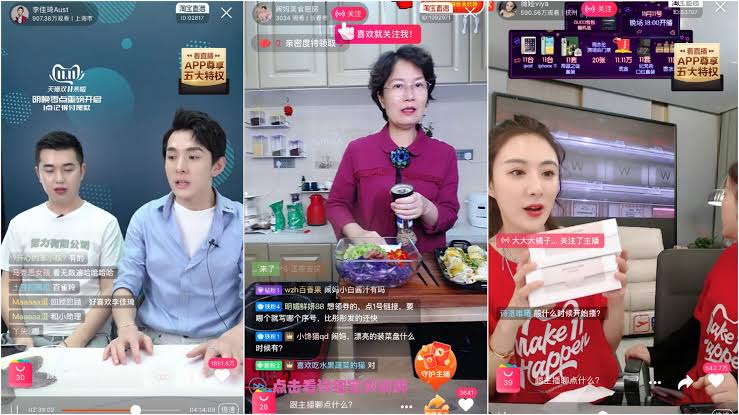 The guidelines are up for public review until September 2, and also inform people that henceforth, the display or sale of products such a medicines, sex toys, spy devices, and even foreign newspapers, is prohibited during livestream sessions. An age bar has also been set on the livestreaming industry, and from now, teenagers unde the age of 16 are restricted from livestreaming. Meanwhile, the rules also assert that livestreamers are no longer allowed to delete or conceal any negative comments or reviews, and they are also being prohibited from producing or including fake reviews of any products or services into their livestreams.

This comes even as a recent report, which forecasts that over 320 million Chinese people will be purchasing at least one product/service from livestreams this year. This figure is nearly 186 million people greater than the forecast for 2019, and holds that nearly 39% of these buyers are aged 14 and older. It is also believed that more than 45% of digital shoppers aged 14 and higher will shop via livestream by 2023.