Lu says, “Buying Nio stuff has been a part of my daily life.” Nio brings a future vision with its Lifestyle app for its users. 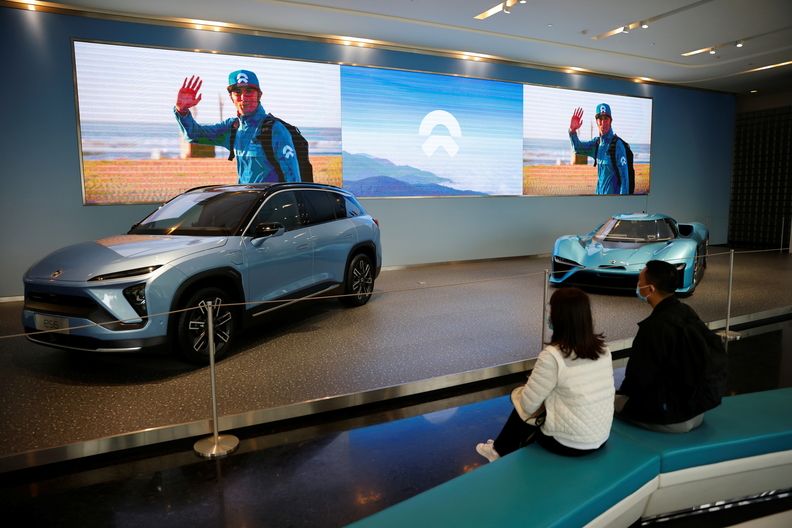 Lu is a Nio fan, who used Nio shirts and has a habit of investing in Nio goods. He further adds, “the prices are good and it is a habit to wear Nio clothes to events.”

Also, he said that he spent around 220,000 yuan in two years buying Nio life products. As the Nio electric car, ES8 SUV costs 470,000 yuan. Meaning, he spent half the price of the car, on the goodies once he already bought a Nio car.

Brand loyalty for companies like Tesla has always existed. However, Nio is taking it to next level. Being a competitor of Tesla in China market, the carmaker has recently released its Norway launch plan.

Furthermore, in February, Nio launched a messaging app. Their lifestyle app will be similar but will include everything they have earlier. Like, shopping, messaging, etc.

#NIOApp was recently ranked No. 1 with the highest score of 4.5 stars on the list among 20 other mainstream automakers. See what helped us achieve this ranking, from the application's 5 primary functions, to NIO making improvements based on user feedback: https://t.co/J0AO7HvtO3 pic.twitter.com/qRgO9NEtjC

The Nio app had the highest user rating, with various facilities. Also, The company does detailed research based on the customer review. This Nio app allows customers to share their experiences and interact with other Nio users. Not only does the community build brand loyalty, but it also helps users get the most from Nio.

While companies have different kinds of brand points, loyalty rewards, goodies, etc. Nio lifestyle app will have all these ideas imbibed into the app. Quin Lee, Nio’s co-founder and the president recently said, “Deep and close contacts with customers help us adjust to the changes of the auto industry more quickly.”

Geely and BMW followed the Nio strategy towards building a community. BMW launched its own car application. While Geely launched a lifestyle product line.

“Buying a car is a less frequent activity than taking a flight or shopping at a supermarket. So we need to create more everyday activities to keep customers in touch.”

Within the Nio App, the users are not only encouraged to interact more. But, also rewarded with credits for more usage.

However, in a researcher’s perspective, Tu Le, an analyst at Sino Auto Insights says,

“Nio still hasn’t figured out to convert more of the Nio community that haven’t purchased a Nio vehicle into Nio (car) buyers, which is concerning.”

As long as Nio continues to be in the top market, such community-building will benefit the company. However, observers are not sure of how things will go with this idea. Despite Nio getting ready for their Norway entry.