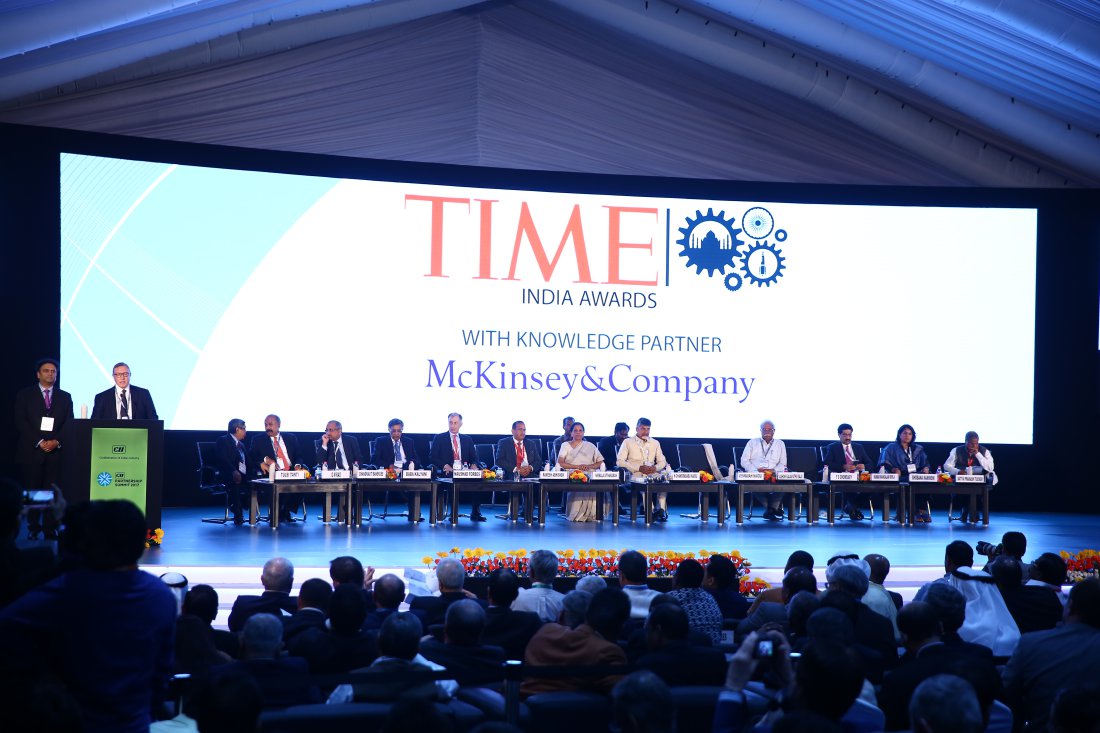 The Union Budget announced on February 1st has been agricultural friendly. The total allocation for rural, agriculture and allied sectors for 2017-18 has increased 24% from last year. Creation of dedicated micro-irrigation fund under NABARD, increasing the allocation for Mahatma Gandhi National Rural Employment Guarantee scheme (MGNREGA) and Pradhan Manthri Fasal Bima Yojana (PMFBY) and setting up of mini labs for soil testing are some of the highlights. This will also majorly boost the Agritech startup sector in the country.

Times India Awards, 2017 recently announced Barrix Agro Sciences as Startup Innovator of the Year and Greenway Grameen Infra as the Sustainability Pioneer of the Year at the Confederation of Indian Industry’s Partnership Summit in Andhra Pradesh. Both the startups were incubated at the Centre for Innovation Incubation and Entrepreneurship(CIIE), the incubator and startup ecosystem builder of IIM Ahmedabad.

Greenway Grameen is today India’s largest clean stove company projected to serve over 3.3 million customers by 2020, impacting the lives of nearly 17 million people living in poverty. Founded by Ankit Mathur and Neha Juneja as an engineering design company, Greenway Grameen Infra offers an alternative to traditional firewood stove which is less efficient and emits harmful gases due to incomplete and improper combustion. Greenway Stoves come with a patented air-induction mechanism that automatically (without any external power) pumps air (containing oxygen) into the stove for near complete combustion leading to a multi-fold efficiency increase and reduction of overall and harmful emissions to safe limits.

BarrixAgro Science is India’s prime innovator in integrated pest management solutions serving over 2,50,000 farmers who have saved over Rs 300 million in pesticide costs coupled with a 35% rise in crop yield. Education of the farmers and dealers with demos of their products, benefits of organic farming and price to savings ratio have helped adoption of their product even among marginal and small farmers living in remote locations. Over 2/3d of their team is field force that work with the farming community at the state and district level in 13 states. Barrix has filed for 10 patents and has plans for new product launches in 2017.

Vipul Patel, VP Agri Investments, CIIE said, “With a sizeable amount being earmarked for agricultural credit in the Union Budget 2017, we expect technology adoption rates to go up among farmers namely, sustainable inputs like IPM products, yield multipliers, farm mechanization or post-harvest solutions. Agri-tech startups are expected to witness an opening-up of their market.

Boosted by the allocations earmarked for increased coverage under Fasal Bima Yojana, innovations in the field of weather monitoring, GIS tracking, crop monitoring and soil testing technology which act as enablers for efficient and targeted implementation of insurance schemes, will also see a spike. We are also optimistic about the denotification of Fruits and Vegetables from APMCs that will spur the development of innovative marketplaces along the lines of eNAM suited to the perishable nature of such produce.”

Union Budget 2017: Will This Be The Cornerstone For AgriTech Revolution?