Clubhouse, an invitation-only social media app for IOS, is in the process of funding the production of 50 audio shows made by creators on its platform. The app itself works by facilitating auditory communication through rooms that can accommodate groups of up to 5000 people.

The concepts of these shows encompass a wide variety of genres. Those who participate in this program will each receive a $5000-per-month stipend for three months. Additionally, they will be provided with creative guidance and gear – both hardware and software – to help them with the production of the series. The primary aim behind this round of funding is to develop and pilot each show over the next three months. If certain shows appeal to a large number of people have a high viewership that cannot be ignored, it is possible that Clubhouse will sign some of these creators and their content to a longer-term deal. 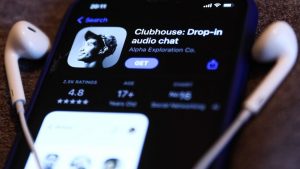 This is the initial round of creators to gain an advantage from Clubhouse’s new accelerator program, which, according to a spokesperson from the company, will assist upcoming voices with the resources and skills to unlock their creativity on the platform and put it on display. Furthermore, these creators will able to enjoy complete ownership of the content that they develop, with Clubhouse refusing to take any.

In March of this year, shortly before Clubhouse celebrated its first anniversary, the company announced its accelerator program. The service has become increasingly popular with the Silicon Valley venture capitalist crowd, which has led to a large amount of early buzz around the company that is arguably disproportionate to its mainstream popularity. For instance, as of now, one would still need an invite to sign up for Clubhouse, and the app is not even available for Android. Despite such inconveniences, a recent funding round was estimated to have raised $4 billion for the company.

Other established tech firms have reacted to Clubhouse with their own plans to incorporate similar social audio features into their own services. Twitter, Facebook, Spotify, Discord, and LinkedIn have all expressed interest in launching their own features which resemble the services provided by Clubhouse. With several competitors circling around it, Clubhouse, as well as its success is likely to rely on the work and creative ingenuity of the people found on its platform. Unique and novel initiatives, such as its accelerator program and the recent program for creators and developers, are seemingly designed to help with exactly that.