Cymulate, a cybersecurity company based in Israel announced that it has raised a funding of $45 million series C funding. The round was led by One Peak. The existing investors of the company which includes Susquehanna Growth Equity(SGE), Vertex Growth and Dell Technologies Capital also took part in the funding round. With the recent funding, the total funds raised by the company will touch $71 million. 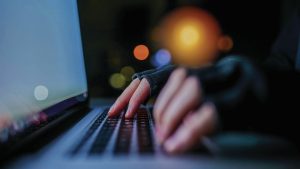 Cymulate marked its beginning in the year 2016. The company was the brainchild of the founders, Avihai Ben-Yossef(CTO), Eyal Wachsman(CEO),and Eyal Gruner.

In an environment where organizations are striving to ensure cybersecurity, the significance of startups like Cymulate touches high bars. Cybercrime is a major roadblock to the success and growth of the companies these days. As the technologies touch new levels of potential and development, hackers find better ways to break through the defences. Hence, it becomes imperative that better strategies and systems are built to cope with this challenge. And this is exactly the reason why organizations are eager to invest in companies that have the potential to come up with effective solutions.

When it comes to fighting potential enemies and threats, the best way forward is to take stock of our own vulnerabilities and weaknesses. A solid understanding of our own low points will give us a better footing when it comes to fighting threats, so that the enemy cannot drag you down on account of that particular weakness. Cymulate offers exactly this to organizations, allowing them to run machine-based attack simulations on their networks. This enables the organizations to spot out the weak spots and vulnerable points. The platform also provides effective guidance and solutions for fixing the respective problem, thereby equipping the organization to face any potential challenges.

The technology offered by Cymulate is not just about enhancing an organization’s security, rather it goes an extra mile by discerning the best possible way attain the most out of the investments made on security. These insights and understanding are facilitated by the platform’s automated, machine-learning system.

Cymulate is cloud-based, however it works just fine across cloud and on-premise environments. The core idea driving the company is to add to the efforts made and work done by the humans. In other words, it doesn’t replace, rather it complements the w0rk done, adding to its efficiency and effectiveness.

According to Eyal Wachsman (CEO and co-founder),

“We do not replace- we bring back the power of the expert by validating security controls and checking whether everything is working correctly to optimize a company’s security posture.”

The company will use the proceeds from the funding to increase its revenues and to enhance its operations. Although the valuation isn’t revealed, expectations are in the air about the company hitting a valuation of $1 billion within an year or two, as hinted by David Klein, who is the managing partner at One Peak.

Cymulate, at present has a customer base that includes 300 large enterprises. And from the investments it attracts and the potential it exhibits, it is evident that the company is on a steady path to growth and success.