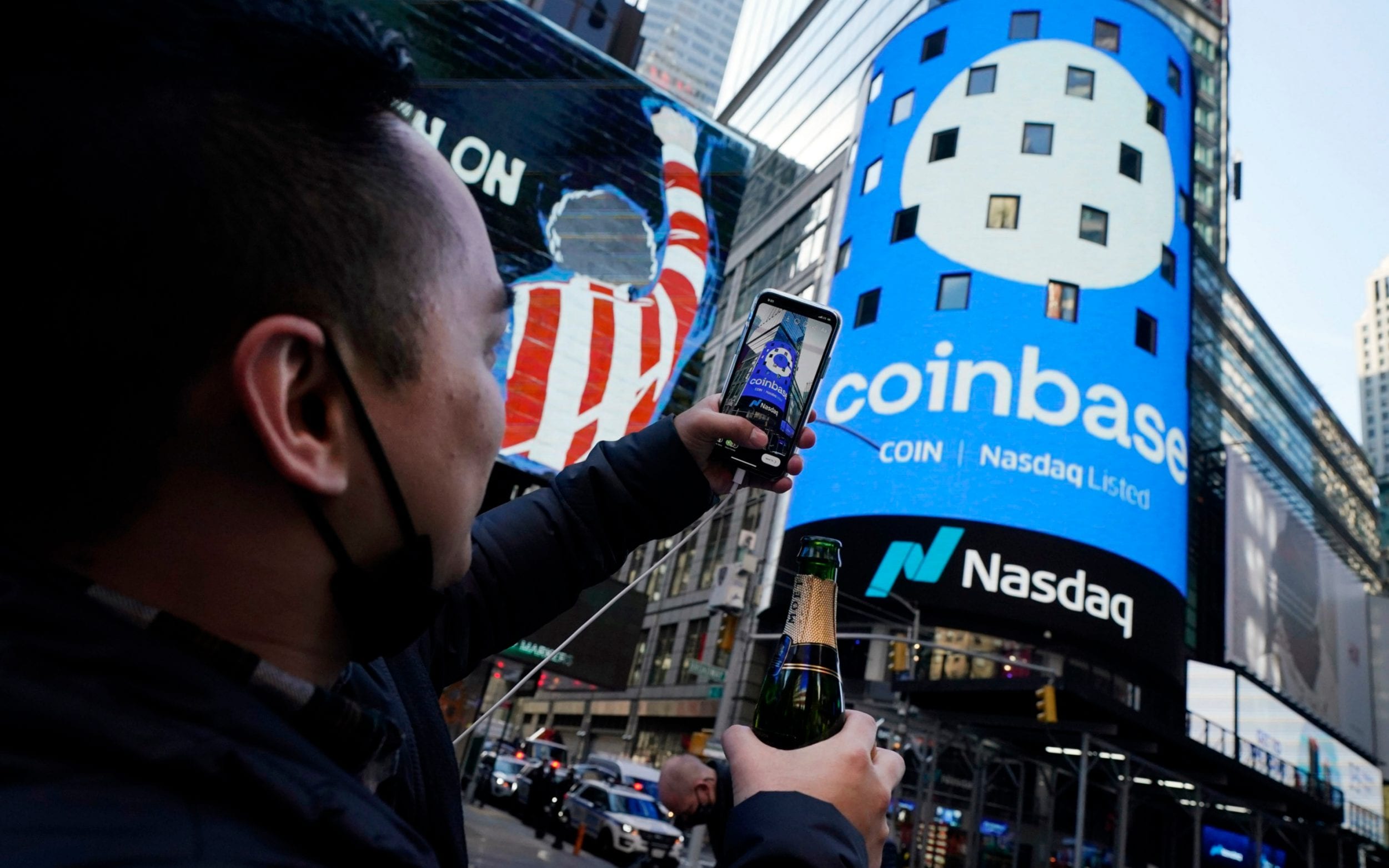 Coinbase is a San Francisco-based cryptocurrency platform that allows consumers, merchants and traders to make online transactions with digital cryptocurrency. Recently, the start-up has registered itself under the ticker name “COIN” on NASDAQ (National Association of Securities Dealers Automated Quotations) and debuted with USD 381.00 in its April 14th 2021 Initial Public Offering. According to Reuters, on its Nasdaq debut, the cryptocurrency platform was valued at USD 86 billion on Wednesday after just one day of trading where its valuation rose to an all-time high of USD 112 billion.

Bitcoin and the whole concept of cryptocurrencies are taking a huge leap in entering the conventional financial systems around the globe. As mentioned in several reports, Coinbase made its NASDAQ debut through a direct listing process without selling any shares ahead of its Initial Public Offering. This marks another milestone for the company and a clear indication of how cryptocurrency is finally coming into play.

As reported by Reuters, Coinbase did open up its stock with USD 381.00 per share which was about 52.4% higher than its value per share on the previous day i.e., the value of one Coinbase share was USD 250 on Tuesday. This value was apparently just 10.9% more than its average since the first quarter of 2021 i.e., USD 343.8 per share.

At the end of the trading day, Coinbase’s market capitalisation rose to USD 65.39 billion after closing in at USD 328.28 which gives the cryptocurrency platform a completely diluted valuation worth USD 85.78 billion inclusive of restricted stocks and uninvested stock options, according to reports.

Coinbase was founded back in the year 2012 by Brian Armstrong and Fred Ehrsam. It is known to be an online platform for digital currency transactions. The platform even allows users to create their own Bitcoin wallets and start transacting by buying or selling Bitcoin currency by linking their bank accounts.

The San Francisco-based company boasts of more than 55 million users all around the world accounting for over 11.3% of the Cryptocurrency asset market share, according to the regulatory filings shared by the company.

Bitcoin and cryptocurrency, in general, have gained a lot of traction this year and has literally surged throughout the financial industry crossing all milestones. According to the company profile on Crunchbase, the cryptocurrency exchange platform was valued at USD 6 billion in September last year which is not a very long time for the valuations to change but due to this industry outburst, the current valuation of the company is a whopping USD 86 billion.