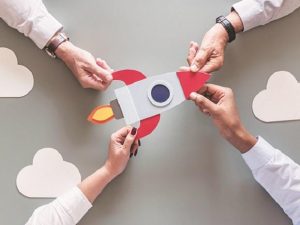 On Tuesday, the government removed the annual marking fee required to attain a new BIS license and certification. It slashed the fee by 50 percent for startups, micro-industry, and woman entrepreneurs.

As per the reports, the government also made it clear that the BIS services will be available and accessible, absolutely free of cost to everyone. This can be conveniently downloaded from the standardization port of e-BIS.

Bureau of Indian Standards(BIS), as the name suggests is a government quality standard-setting body. Licenses are issued by the BIS with a standard mark which will help in the identification of the unit which has helped in the manufacture of the product at a particular location.

As per the tweet of Piyush Goyal, Food and Consumer Affairs Minister,

“The government has given 50 percent rebate on (new) BIS certification of products for startup, micro-industry, and woman entrepreneurs. “

He further added that the existing license holders will receive an additional rebate of 10 percent. This will give a remarkable and strong boost to the ‘Vocal for Local’ campaign led by the government.

Pramod Kumar Tiwari, the Director-General of BIS expects that the rebate offered will be of substantial help in bringing more companies under licensing and certification. He also mentioned that the 10 percent rebate offered to the existing license holders will be an addition to the 20 percent rebate that was already given to them.

The Director-General also mentioned the new initiatives and efforts taken by the BIS in a bid to ensure enhanced transparency and efficiency. The steps taken will be of substantial help in easing up the compliance burden borne by stakeholders.

The complete automation of the certification process including granting and renewal of license, through Manak Online Portal of e-BIS, will work to this end of easing up the process and adding convenience.

Strict timelines have been set by BIS for application disposal and real-time compliance monitoring.

According to Tiwari, the license for the manufacture of products will be granted within a month since more than 80 percent of the products have been brought under the ‘simplified procedure.’

He further added that the initiatives have remarkably helped in disposing of 90 percent of the applications within the prescribed time.