Consumers are clearly paying attention as a result of Coinbase’s multiple mainstream marketing activities. The mobile app of the biggest US crypto exchange is once again the most popular in the App Store. In the last several days, it has garnered more downloads than any other app.

Awesome to see self custody (Coinbase Wallet) becoming so popular too. Probably nothing. pic.twitter.com/S0GQTkT0fZ

Coinbase has dominated the App Store, with more downloads than Instagram and TikTok combined

Coinbase is currently the #1 ranked free software on the App Store, according to the latest App Store statistics. TikTok, Instagram, YouTube, and the recently popular mobile football game “Retro Bowl” are all behind it. Surprisingly, another crypto exchange, CryptoCom, is currently ranked #4. 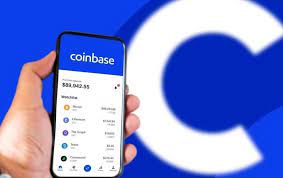 It’s no surprise that these crypto apps are so popular. Following a bull run in October, Bitcoin just broke its all-time high and has been generally over $60 000 since then. Consumers’ enthusiasm for digital asset investment has undoubtedly been renewed, luring them to numerous exchanges.

This isn’t the first time Coinbase has gained such a large following. It previously topped the charts in May 2021, just after Bitcoin’s previous all-time high. Only once before, in 2017 – a notoriously bullish year for Bitcoin and other altcoins.

Coinbase, on the other hand, is proving to be a formidable rival even among other exchanges. Multiple sponsorships and products have been created by the corporation, integrating them into every element of the crypto world. There are plans for an NFT marketplace as well as the ability to get money in bitcoin. Coinbase even attempted to develop a crypto-lending product but was thwarted by the Securities and Exchange Commission.

The digital asset business has unquestionably established itself as a legitimate industry, with the promotion to back it up. For starters, Coinbase recently became the NBA’s official cryptocurrency partner. Its advertisements can be visible at the bottom of the NBA’s basketball nets and on live television.

It doesn’t end there: FTX just purchased Superbowl advertisements, and CryptoCom has enlisted Matt Damon to promote the exchange. Even obscure individual cryptocurrencies like Floki are becoming more widely known thanks to transit advertisements.

It’s no surprise that crypto apps are being downloaded in historic numbers by Americans, thanks to such aggressive marketing. Coinbase is currently ranked in the top 25 apps on the Google Play Store, with Crypto.com coming in at #16.