Consumer Comfort in U.S. Declines for a Fifth Consecutive Week 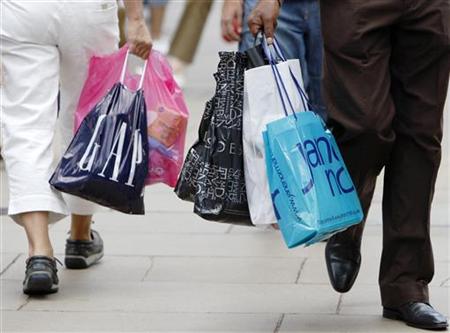 (Bloomberg) — Consumer confidence fell for the fifth consecutive week as attitudes toward the economy dimmed and moods soured at both ends of the income scale.

The Bloomberg Consumer Comfort Index decreased to 43.5 in the period ended May 10, the lowest level since early March, from 43.7 the prior week. The last time the gauge declined for as many weeks was in late 2013. Views on the U.S. economy dropped to a five-month low, and confidence also retreated among full- and part-time workers.

Less optimism about the economy “is keeping the Bloomberg Consumer Comfort Index on a blue note after a nearly eight-year high in early April,” Gary Langer, president of Langer Research Associates LLC in New York, which produces the data for Bloomberg, said in a statement. “Nonetheless, this is its best year to date since 2006.”

The results are in sync with Commerce Department figures on Wednesday that showed household spending, which accounts for almost 70 percent of the economy, remained tepid entering the second quarter. Retail sales were little changed in April, following a 0.2 percent drop from January through March.

Waning sentiment about the economy was responsible for the drop in the Comfort Index last week. The measure of Americans’ economic views dropped to 34.5, the lowest since mid-December, from 35.8 the prior week.

The gauge of personal finances was little changed at 55.7 after 55.6, while the buying climate index, showing whether this is a good time to purchase goods and services, climbed to 40.4 from 39.8.

A measure of sentiment among Americans earning less than $15,000 a year decreased to 19.1, the lowest level since the end of November. Confidence fell to a six-week low of 67.8 for those at the top of the wage scale making more than $100,000 annually.

Among regions, the comfort measure slumped in the South to the lowest level since early December. Confidence rose for households in the Midwest and West.

The Bloomberg Comfort Index, presented on a scale of zero to 100, is a four-week rolling average and based on a national sample of 1,000 adults. The report’s gauges have a margin of error of plus or minus 3.5 points.