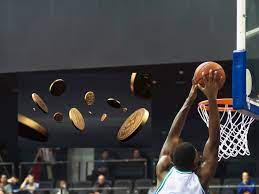 A Decentralized Autonomous Organization (DAO) based on Ethereum is planning to crowdfund a purchase of a National Basketball Association (NBA) team. According to Decrypt. co, the Krause House DAO, named after the late Chicago Bulls general manager Jerry Krause, earned 200 Ethereum (ETH), or around Rs 6.4 crore, in just 15 minutes after announcing its plan to buy an NBA team. Currently, the organization has 475ETH, which is worth more than Rs.15 crore.

Tickets are officially on salehttps://t.co/vG7cbbzhaD

Crypto Group is attempting to buy an NBA team through crowdfunding

The DAO, which was founded in May, began raising funds by selling NFTs a week ago. The NFTs that the DAO is selling are figurative tickets that grant entry to the owner’s discord events and servers.

Krause House started its sale on the ‘Mirror’ platform and reached its original cap of 200ETH in under 15 minutes. The DAO has set the next hard ceiling at 1000ETH, or around Rs.32 crore. The money is being distributed via the internet as part of an initiative called ‘WAGBAT,’ which stands for ‘We Are Going To Buy A-Team.’

Flex Chapman and Commodore (alias), the DAO’s co-creators, told Decrypto. co that they both wanted to play in the NBA but, like many others, we’re unable to do so. They reworked their plans and decided to purchase an NBA team. Their aspirations, which seemed far-fetched at first, became a little more attainable after they discovered DAOs.

When a 17,000-strong company called Constitution DAO bid a stunning $40 million, or roughly Rs.298 crore, for a hand-written copy of the United States Constitution, it created quite a stir and hijacked jaws in the crypto community. It was the first time Sotheby’s dealt with a DAO.

With 1,300 people connected to Krause House discord servers, the Krause House DAO is tightening its laces in preparation for a run at an NBA team.

However, the aim is still a long way off. And properly so, because owning an NBA club is a big deal, with a team costing more than a billion dollars. The Utah Jazz, for example, was reportedly sold for $1.6 billion, while the Brooklyn Nets were reportedly sold for $2.35 billion. It will be fascinating to follow Krause House DAO on its adventure.