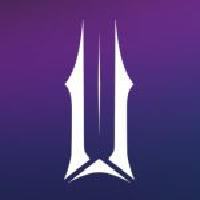 Over the past couple of years, we have witnessed the introduction and growth of many industries, one of which is the cryptocurrency industry. Some of you might already be aware of the said industry but for some others who are still not familiar with what it is, let me help you with that first.

Crypto is nothing but a form of virtual or online currency which came up a few years ago and has had a surge in its growth and popularity ever since. This rapid increase has led to the industry being able to catch the eye of many potential investors from all across the globe and has really managed to make a name for itself.

In addition to this, cryptocurrencies are decentralized platforms that are based on blockchain technology, which not only lets it to be able to record and verify all the transactions that happen over the network but also completely eliminates the risk of counterfeiting as well as double-spending.

Also, being decentralized refers to the fact that, the platform is very well capable of stepping outside the overall control and jurisdiction of central authorities and working without any unnecessary government interference. When the industry was first introduced, there were not many people interested to be a part of it and frankly, not many currencies were available in the marketplace either but, looking around today, it is really difficult to even assume such a scenario.

The boom that the crypto industry has had recently resulted in it marking its presence on an international level. Other than this, it is worth noting that, some of the major contributing factors for this success include its highly portable nature, volatility, ease of use, the convenience it offers to its users as well as high-profit margins of course. 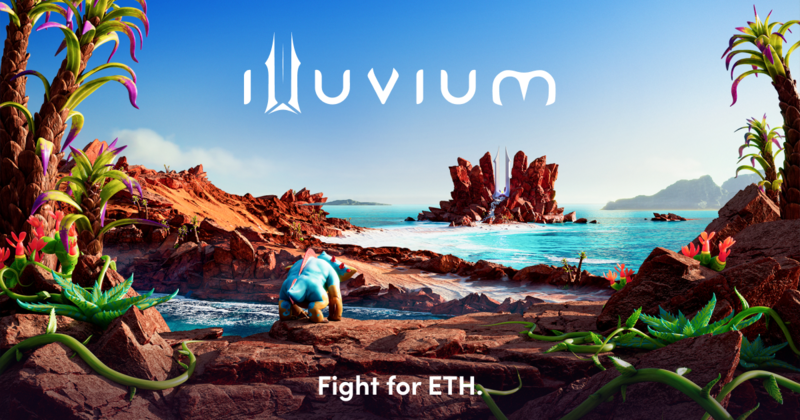 Speaking of the industry being volatile, you should probably know that, the crypto marketplace is extremely uncertain and the fluctuations in prices are almost instant, thus making it very difficult to predict the price changes, even for the experts on the field. Therefore, while investing in crypto, you should be aware of the risks and do it with due diligence.

Cryptocurrencies have provided users with a means of passive income as well, especially for those of you who have excess money lying around and are looking for a safe space to invest with quick returns. Not just that, it is vital for you to know that, some of the most popular cryptocurrencies today in the marketplace for you to choose from include Bitcoin, Cardano, Ethereum, Binance Coin, Dogecoin, Baby Doge as well as EverGrow Coin to name just a few of course.

Many global experts on the field have had this shared assumption that crypto is one such industry that will soon revolutionize the entire global payment system and from where I stand, I do think that it has already started to do so as many reports suggest crypto being used by merchants and businesses as an official mode of payments from their customers.

Now that you have a brief backstory about the crypto world, you will be able to have a much better understanding of what we have with us today, Illuvium. To know more, I suggest you read further!

Everything to know about Illuvium (ILV) 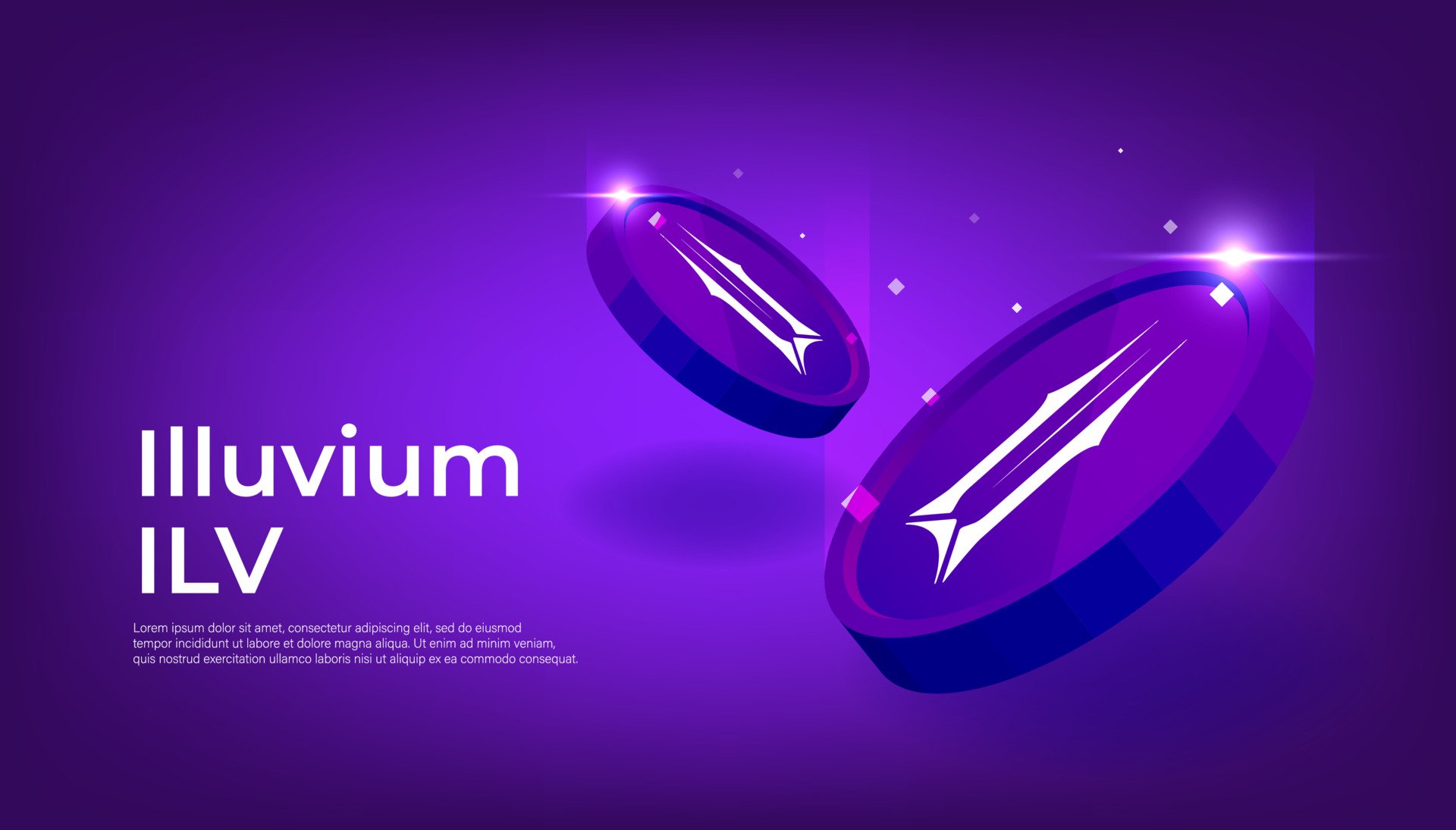 Illuvium or as commonly referred to as ILV is nothing but an open-world fantasy battle game that is said to be built on the popular Ethereum blockchain. Not just that, Illuvium is known to be the very first AAA game on the Ethereum platform, which focuses on providing users with a source of entertainment to both hardcore DeFi fans as well as casual gamers through a range of trading and collecting features.

In simpler words, just like several notable projects including The Sandbox as well as Axie Infinity, Illuvium is also a pioneer of the cutting-edge gaming industry that is based on blockchain technology. Before moving on any further, it is worth noting that, the said platform has been in development since 2020 and has managed to create a global team of about forty individuals which include serial entrepreneurs, co-founders as well as experienced game designers.

Also, ILV that I mentioned earlier is known to be the native utility token of the platform which can be used for a variety of purposes on the platform itself including payments for in-game purchases and for rewarding users for locking liquidity within partnering DeFi platforms in order to incentivize token liquidity. Also, the token is used to govern the platform’s decentralized autonomous organization (DAO) as well.

Other than this, as mentioned, the project is a decentralized role-playing game (RPG) that is powered with the help of blockchain technology along with non-fungible tokens (NFTs). Furthermore, the world of illuvium is known to have been inhabited by creatures commonly known as Illuvials, that can be captured by players in the game who are successful in beating them in battle and nursing them back to health. 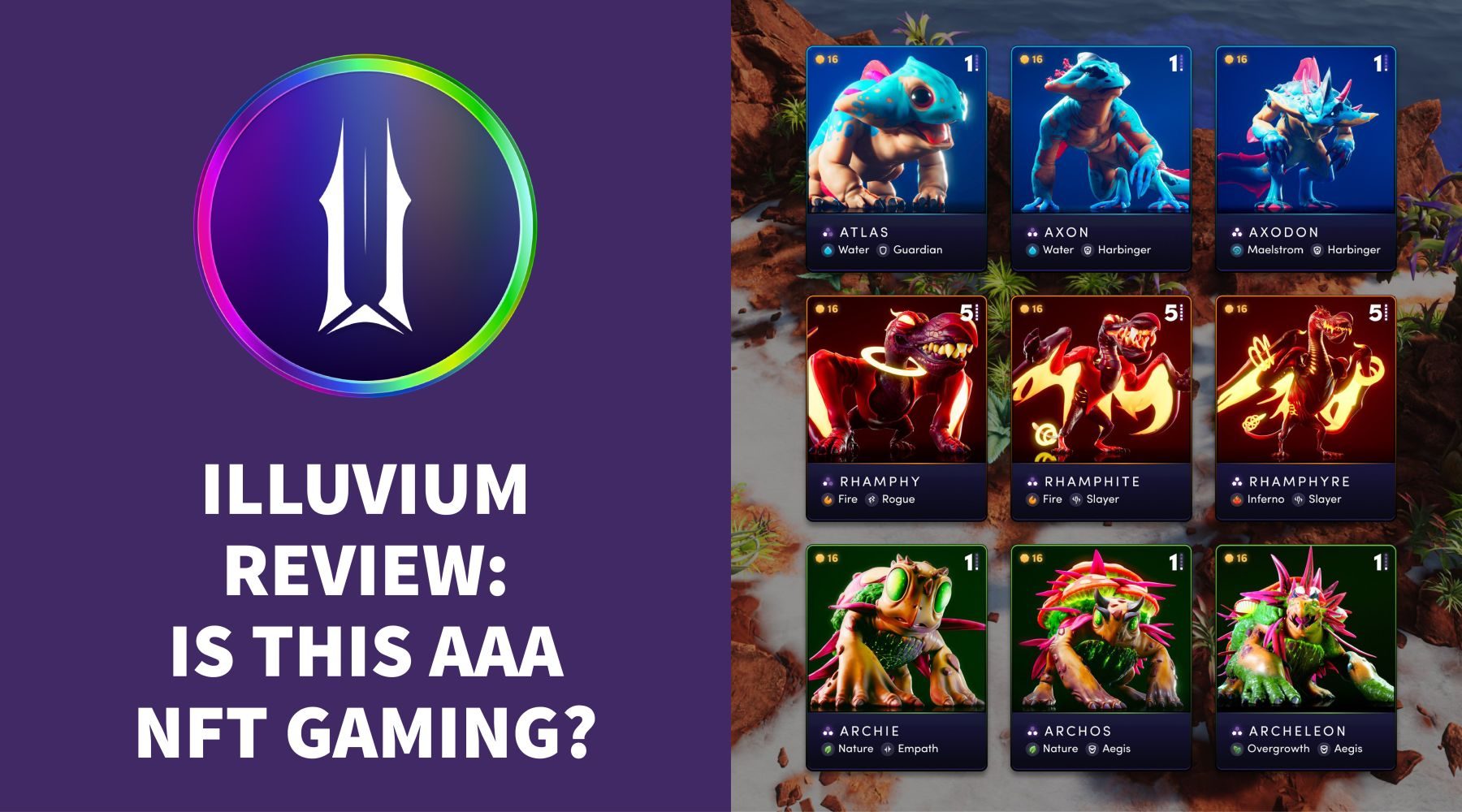 As a result, they become a loyal part of the player’s collection and can indeed be used afterward for battling other adventures as a part of the platform’s auto battler gameplay. In addition to this, the game is nothing but a fusion amongst a PVP battle game as well as an open-world exploration game, wherein players can spend their time building up their very own team of powerful beasts or can simply explore the expanses of the game as well.

As mentioned, Illuvium’s open virtual world enables users to search for various in-game creatures (Illuvials) and items in the form of non-fungible tokens (NFTs) that can be used for a variety of activities including trading, battling, and collecting. Also, the platform incorporates Illuvial NFTs that help in representing skins, emotes, battle items, and collectibles along with many more of course.

Moreover, these non-fungible tokens can be acquired and traded on platforms like OpenSea and can even be done in-game or on the IlluDEX, which is its very own associated decentralized marketplace. The illuvium game is officially set to be launched next year in 2022. 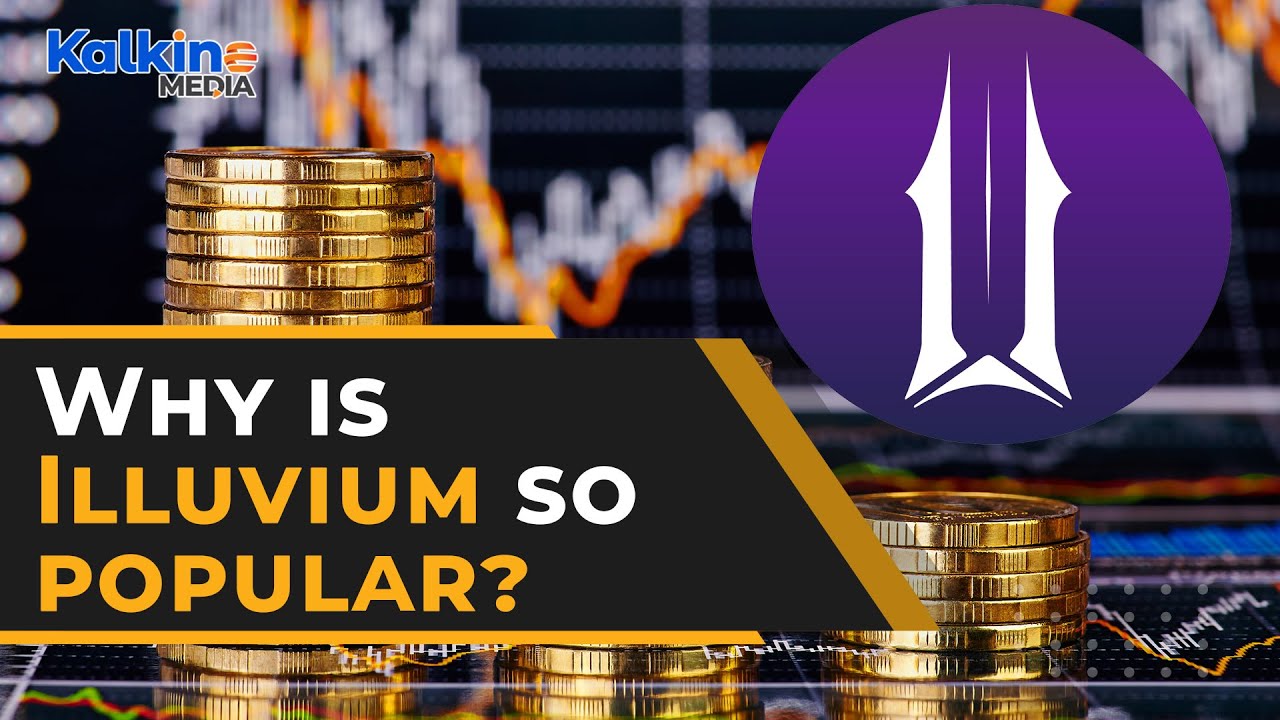 Though the platform has blockchain-based elements, it is usually more similar to a full-fledged video game, which can be accessed with the help of a downloadable desktop application. Not just that, Illuvium also has a wide range of supporting applications of decentralized finance surrounding it including a decentralized exchange as well as a yield farm.

Players in the game roam around the illuvium landscape participating in quests and various daily challenges, battling Illuvials as well as other players, and being a part of its communal storyline. Throughout their journey, players collect Illuvials, which have a wide range of characteristics that make them variable in their rarity, desirability as well as utility.

Additionally, it is worth noting that, each illuvial is represented by its own unique non-fungible token (NFT) and can easily and freely be traded on various external exchange platforms and the gas-free IlluviDEX. Also, they can be merged into much more powerful forms and come in holographic, normal as well as dark holographic variants which are said to be significantly more scarce.

Lastly, the game will feature a wide variety of revenue streams as well which are mostly derived from in-game purchases of items, cosmetics, crafting components, and shard curing. Moreover, a hundred percent of this revenue generated is distributed as rewards to those staking the ILV tokens with the help of an ILV buyback system.

However, stakers on the platform have the option to skip the unlock timer by simply converting their ILV rewards to secondary in-game-only assets commonly known as sILV. By claiming sILV, users receive the USD equivalent of the token and can send their rewards early to buy in-game items.

Now that we have talked much about Illuvium, some of you must be wondering, whether or not it is a good idea to invest in the platform? If that’s the case, then let’s find out, shall we? 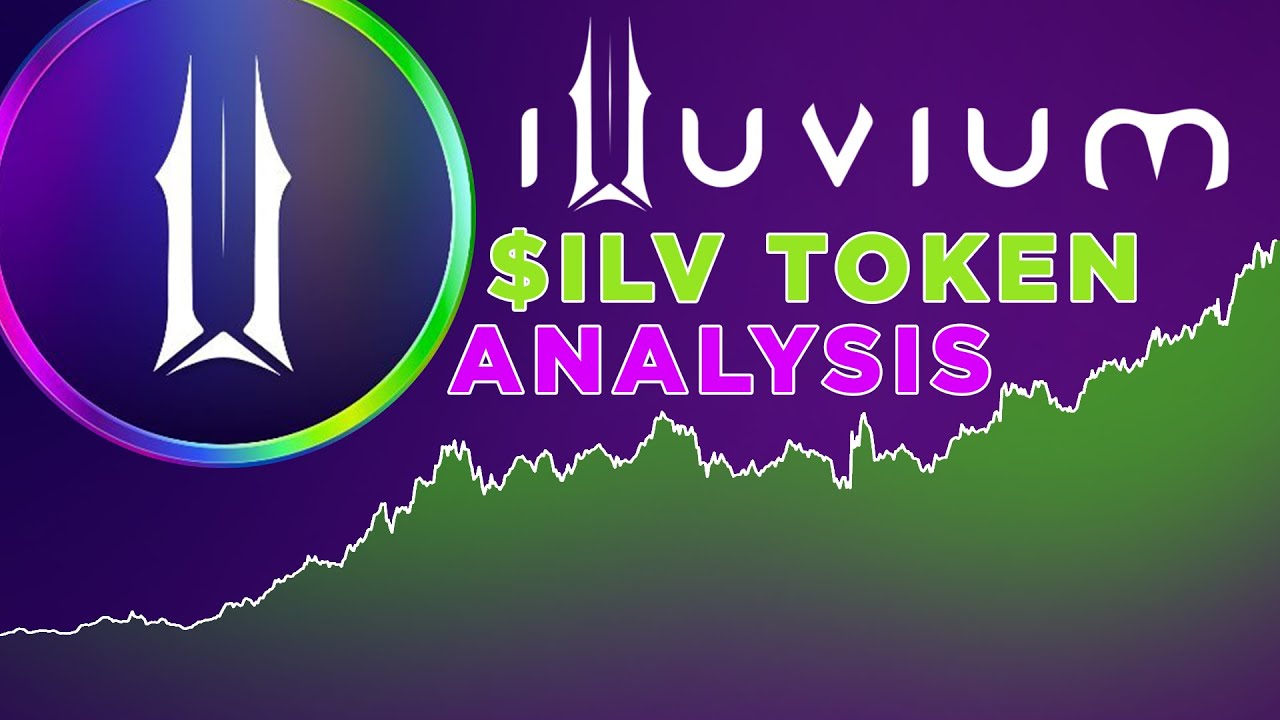 Also, it is worth mentioning that, the current circulating supply of Illuvium is nearly 642,799 ILV coins with a maximum lifetime supply of about 10,000,000 ILV coins. In just the past week alone, the price of Illuvium has gone uphill by 53.17 percent.

Reading so far, you must have gotten a fair understanding of the platform and by now, you should be able to figure out on your own whether or not investing in Illuvium is the right thing for you to do. Seeing what it has to offer when combined with its performance in the recent past as well as its plans for the near future, I certainly believe that Illuvium can prove to be a profitable investment in the near future, which is likely to provide you with higher returns and it is a possibility that your current investment may increase in value. But again, nothing can be said for sure! 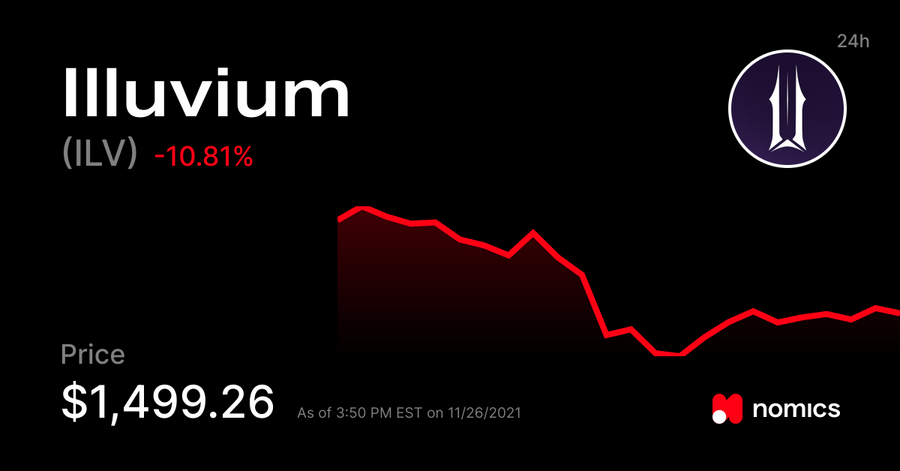 As mentioned at the very beginning, crypto is a highly volatile marketplace and is extremely uncertain. Thus, It is very important for you to understand the fact that just like any other currency in the crypto marketplace, Illuvium does have its own risks as well and you should invest only if you are willing to take those risks and bear any and all losses if at all necessary.

If you are wondering, where can you buy Illuvium? Let me help you with that. Currently, Illuvium is available on all major crypto exchanges but, some of the popular exchanges that have ILV listed on them include Binance, Mandala Exchange, OKEx, KuCoin as well as Hotcoin Global to name a few.

In conclusion, what are your thoughts on Illuvium? Do let us know in the comments below. To know more about various cryptocurrencies, do check out other articles we have on our website. Thank you for your time & if you found our content informative, do share it with your investor friends!

Also read: SUKU: Everything you need to know