GM announced Thursday that Dan Ammann, the CEO of its autonomous car division Cruise, is leaving the firm. The change takes effect right away. After hours, GM stock was down approximately 4.5 percent.

Kyle Vogt, Cruise’s president and chief technology officer, will serve as interim CEO, according to the firm. Vogt is a co-founder of the company and was previously its CEO. 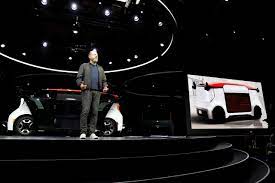 In addition, Cruise will have a new board member: Wesley Bush, the former Chairman and CEO of Northrop Grumman, who is now a member of the General Motors board.

Ammann’s departure came as a shock. Wall Street experts praised the executive, who was a former investment banker. He took over as Cruise’s CEO after working as GM’s CFO and president.

This is at least the second high-profile GM executive to announce his leaving this week. Pam Fletcher, the leader of GM’s innovation unit, was named Delta Air Lines’ chief sustainability officer on Wednesday, with effect from February 1.

The leadership move coincides with ambitions to expedite a strategy outlined at GM’s most recent Investor Day. With Cruise playing a vital role in the development of the company’s autonomous car platform. Ammann was the one who sketched out the plans, which included a goal of building a fleet of at least 1 million self-driving cars by 2030.

The cruise began seeking final approval to market its robotaxi fleet in San Francisco in November. They paved the way for the business to become the first to run a fleet of cars without human drivers under specific conditions. It now runs a fleet of Chevrolet Bolt EVs that have been equipped with self-driving software and additional technologies such as radars and lidar, as well as cameras.

Self-driving startups are racing to build war chests to develop and scale-up technology, an expensive and time-consuming process. Cruise said in June it would gain access to a multi-year $5 billion line of credit, with GM’s finance arm to fund its purchase of Origin vehicles starting in early 2023. Cruise in April raised $2.75 billion with additional investment from Walmart Inc and others, taking the startup’s valuation over $30 billion, Reuters reported at the time.

Ammann, who formerly worked at GM as president, is credited with acquiring Cruise in 2016. In late 2018, he was named CEO of Cruise. GM has invested billions in Cruise since acquiring the company.

GM has poured billions of dollars into the business, attracting investors like Honda Motor, Softbank Vision Fund, and, more recently, Walmart and Microsoft.

Under Ammann’s leadership, Cruise has missed a number of important milestones. Most notably, plans to start a public ride-hailing service in San Francisco in 2019 were canceled. That year, the company postponed such plans in order to undertake additional testing and secure the necessary governmental approvals.