Crypto Ban fails, as China ranks itself at 2nd position in the Bitcoin mining hub race

In spite of the ban prevalent across the nation, China places itself at 2nd place in bitcoin mining 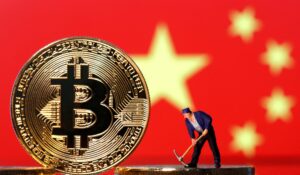 Cryptocurrencies such as Bitcoin, Ethereum have managed to penetrate the crypto market like no other currency. China was one among the top 3 countries from the beginning in mining bitcoins. In 2019, China was at first position in mining bitcoin with a total accumulation of 75% hash rate. In 2021, the hash rate was reduced to 0% due to the ban in the country.

Ban of cryptocurrencies in China.

China shook the crypto market by surprise when it decided to ban the use of cryptocurrencies across the borders. One of the major reasons that the Chinese government exclaimed that, cryptocurrencies were used to funnel money to illegal sources and the rise of cryptocurrencies would risk their financial systems as it could destabilize it. The ban of crypto in China was not done outright. It was divided into phases. In the first phase, institutions were prohibited engaging in any kind of crypto transaction in May. Then the second phase was followed by banning all domestic crypto mining in June. After phase two was executed, the country banned the use of cryptocurrencies out rightly in phase 3.

Did the ban effect China’s participation in crypto currency?

Definitely not. Even though the ban was implemented to eradicate cryptocurrencies from the nation and help the financial system stabilize, recent numbers show that China was at second position when it came to mining of bitcoin with a hash rate of 21%. China was only second to US which was at 37.8% hash rate. Despite the crypto ban, the hash rate share increased to 22% in September and never really went below 18%. CBECI project lead Alexander said that bitcoin mining is very much alive in the nation. He also states that, “Our data empirically confirms the claims of industry insiders that Bitcoin mining is still ongoing within the country. Although mining in China is far from its former heights, the country still seems to host about one-fifth of the total hash rate.”

Failure of the ban.

It is certainly evident that, even though the government banned the use of cryptocurrency in the nation, many institutions, investors did not follow the ban. Though the numbers were down to 0 for a few months, it again started surging as people started mining bitcoins. The mining of bitcoins in a country that has banned cryptocurrency puts in the question of how the ban was planned, implemented and what was the plan to keep the plan alive.