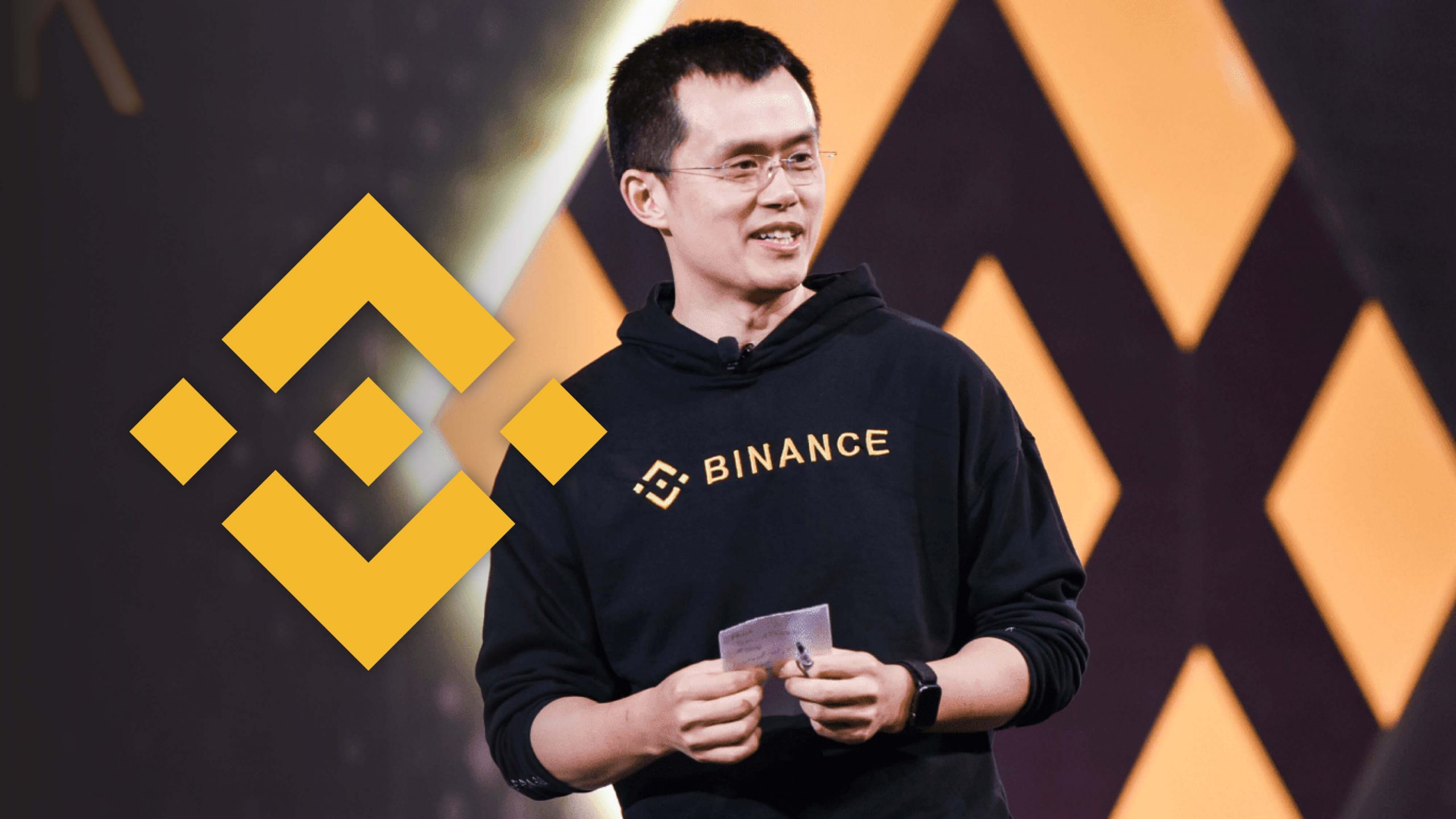 Over the past couple of years, we have witnessed a lot of industries coming and going but only a few of them were able to mark their presence in the global marketplace and one such industry which has swiftly risen and managed to become one of the most valuable industries of all time is the crypto world. This particular industry has had a surge in its growth and popularity recently and has been more than successful in luring in potential investors from all across the globe.

Having said that, I believe, most of you must already be aware of the basics of the industry but, if for some reason that is still not the case, let me help you with that first. To begin with, cryptocurrency is nothing but a form of virtual or online currency which can easily be used for a variety of purposes including the purchase and sale of goods and services as well as for the purpose of trade and exchange over cryptocurrency exchanges available online.

In technical terms, Crypto is a decentralized blockchain-based platform, which being decentralized is able to step outside the overall control and jurisdiction of central authorities and can work freely without any unnecessary government interference as well.

In addition to this, we all know by now that the crypto world has come a long way since when it all first started and unlike its initial years in the marketplace, there are pools of currencies available today in the marketplace to choose from, with newer ones coming in with each passing day and tons of new investors joining in every hour.

However, one of the most popular and prominent cryptocurrency exchanges out there, that I am sure you must all have already heard of is the Binance Exchange. Even though some of you might have heard of Binance, I sincerely doubt that a majority of you are familiar with the man behind this global success, Changpeng Zhao. If so, let’s have a look at the life story of the founder and CEO of the world’s largest crypto exchange, Binance.

Everything to know about Changpeng Zhao 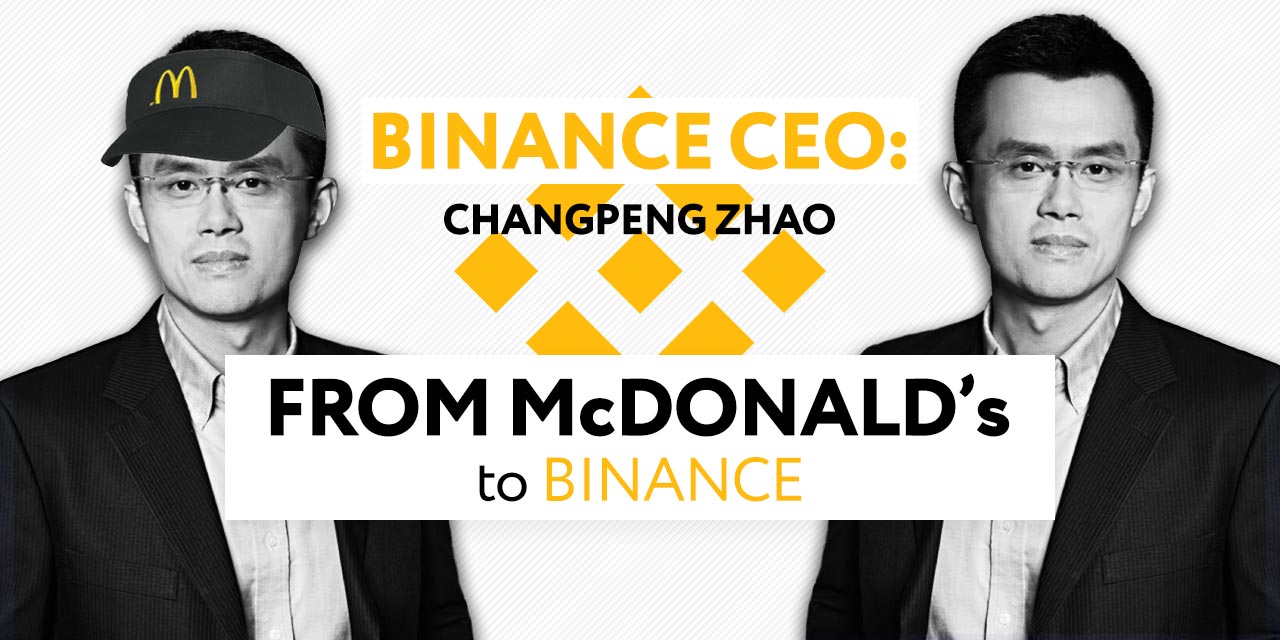 Zhao was born on September 10, 1977, in China’s Jiangsu province, and in the late 1980s, he is said to have moved with his family to Canada, when he was just at a mere age of 12, settling in Vancouver, British Columbia. Speaking of family, it is probably worth noting that, both his parents were teachers in China and his father used to work as a university instructor before he was branded a ‘’pro-bourgeois intellect’’ and exiled to rural areas, soon after Changpeng’s birth.

Moving further, in his teenage years, Zhao used to work at a number of service jobs including at a McDonald’s in order to support his family and is known to have attended McGill University in Montreal, Quebec, where is said to have majored in computer science. After graduating from university, Zhao received an internship in Tokyo, where he had to work for a subcontractor of the Tokyo Stock Exchange, developing software for matching trade orders.

After that internship, Changpeng decided to work at Bloomberg Tradebook, where he worked as a developer of future trading software for about four years and in 2005, he moved to Shanghai and founded Fusion systems, which was known to be the fastest high-frequency trading system for brokers.

By the start of 2013, Zhao worked for several cryptocurrency projects such as Blokchain.info and was serving as chief technology officer of OKCoin. This surely seems like the time when Changpeng Zhao entered into the world of cryptocurrencies and who knew back then that, he would soon be recognized as the man who completely revolutionized the crypto world, which we’ll surely come to in a bit!

Around 2017, Zhao was known to have left OKCoin in order to launch a crypto exchange named Binance, which managed to raise nearly fifteen million dollars in an initial coin offering (ICO) that very year. On a similar note, in less than eight months, Zhao grew Binance to be the largest cryptocurrency exchange in the world by trading volume, which you might already be aware is something that we don’t see very often and is also the reason why every crypto enthusiast out there has heard of Binance! 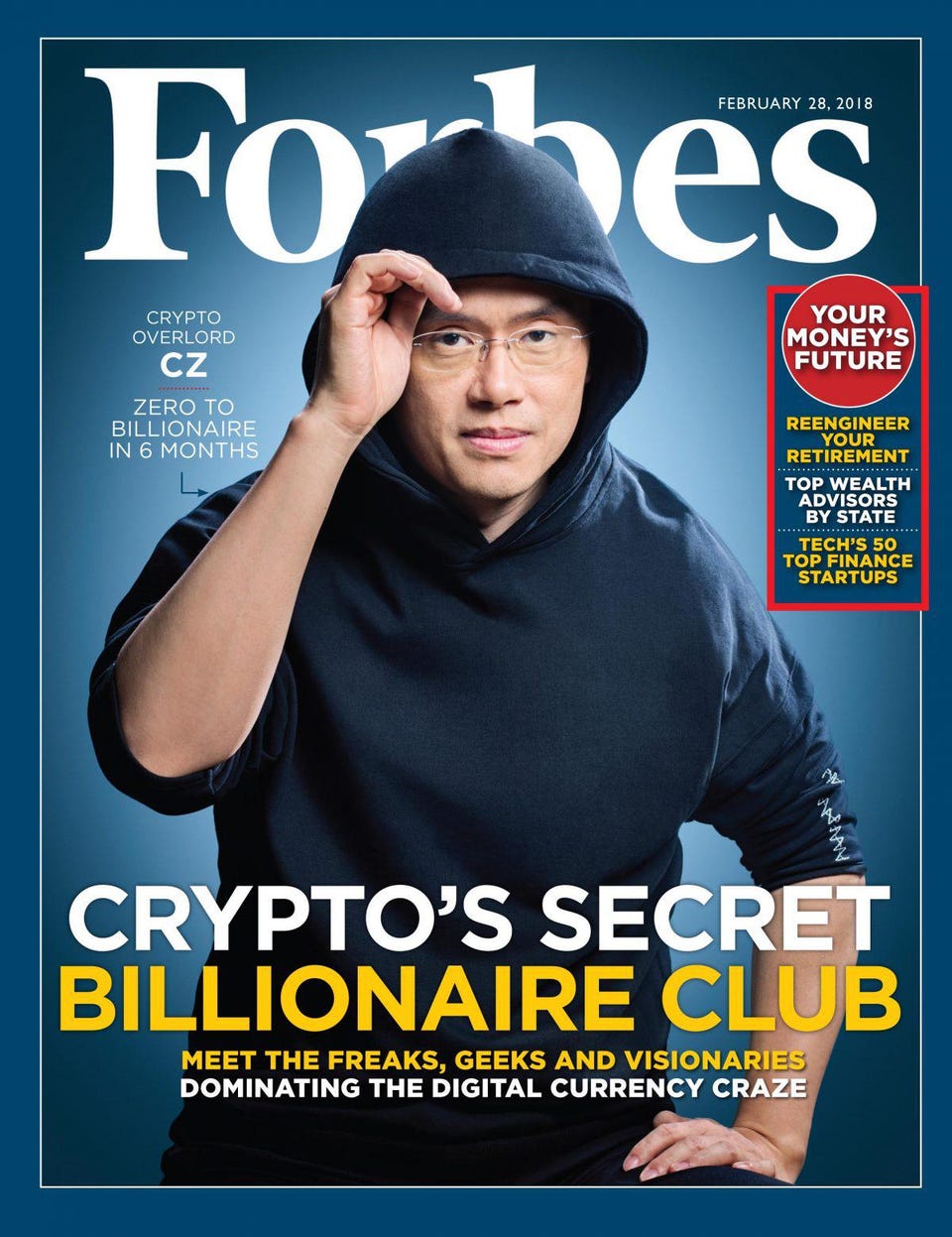 Furthermore, Changpeng is known to have also launched a blockchain network known as Binance Smart Chain, that as mentioned has made a significant contribution to the overall development and growth of the crypto world as well as the decentralized finance (DeFi) industry too. Since it all comes down to Binance, before moving on any further, it is best if we have a brief look at what exactly is it?

Launched in July 2017, Binance as mentioned is the biggest crypto exchange out there based on daily trading volume of course. Not just that, Binance aims at bringing cryptocurrency exchanges to the so-called forefront of financial activity worldwide and the idea behind its name is to show this new paradigm in global finance- Binary Finance or simply Binance.

In addition to this, besides being the largest crypto exchange globally, Binance has managed to launch an entire ecosystem of functionalities for its users including Binance Smart Chain, Binance Chain, Trust wallet and Research projects as well as Binance Academy, which all employ the powers of blockchain technology in order to bring new-age finance to the world.

Also, Binance Coin is an integral part of the rather successful functioning of many of the Binance sub-projects and is also said to be the native utility token of the platform. Apart from this, one of the biggest competitive advantages of Binance is its drive for development, and while the company started as merely a cryptocurrency exchange back in 2017, as of today, Binance has managed to spread its services amongst numerous different spheres.

However, know that, since the launch of Binance Coin, the exchange has also been able to benefit from increased investors’ interest in the token, and BNB went through a significant price surge at the beginning of last year which has further put it on the map of enterprise investors.

Speaking of Binance coin or as often known as BNB, it is a cryptocurrency issued by Binance exchange and it trades with the BNB symbol on the coin which can be used to pay transactions and trade fees on the platform. 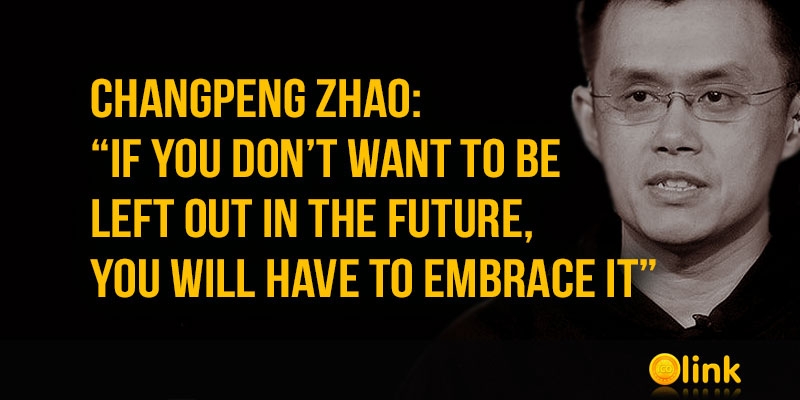 Coming back to the topic, in 2020, supporting 1.4 million transactions each second, Binance reached nearly a two trillion-dollar mark in total trading volume and its Binance coin (BNB) is now their biggest cryptocurrency marketplace based on the market cap of course.

Lastly, as per a report by Bloomberg Billionaires Index, Zhao’s estimated net worth as of January 2022 is somewhere near 96 billion dollars, making Changpeng one of the richest persons in Canada and the world’s 11th richest person.

As a result, this brings him into a league of tech billionaires including Jeff Bezos, Elon Musk as well as Mark Zukerberg for that matter. Not just that, the report also mentioned, Binance Exchange managed to generate more than 20 billion dollars in revenue as of 2021, and Zhao is said to own about 90 percent of Binance’s shares.

Reading so far, I hope you must have gotten a fair insight into the life of one of the most influential names in the crypto world and his success story and I believe, now you’ll be able to decide on your own whether or not you should use Binance Exchange as your way to deal with the world of cryptocurrencies.

With virtual currencies still on the rise, Binance and Changpeng Zhao are on the rise as well and as more and more investors are looking at cryptocurrencies to simply expand their portfolio, it would not be wrong to expect Zhao to lead the charge in making sure that these investors choose Binance at the end of the day!

Now that we have talked much about Binance, some of you must be wondering, whether or not it is a good idea to invest in the platform? If that’s the case, then let’s find out, shall we? 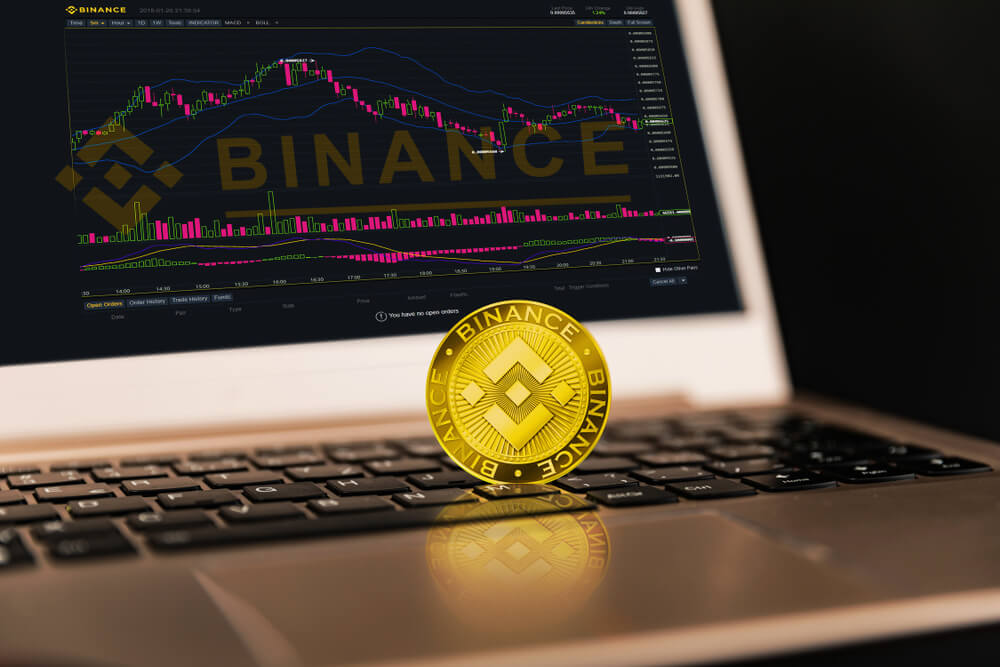 Also, it is worth mentioning that, the current circulating supply of Binance Coin is 165,116,761 BNB coins, with a maximum lifetime supply of the token being 165,116,760 BNB coins. In just the past week alone, the price of the platform has fallen by 4.08 percent.

Now that you have gotten a fair understanding of the platform and by now, you should be able to figure out on your own whether or not investing in Binance Coin is the right thing for you to do. Seeing what it has to offer when combined with its performance in the recent past as well as its plans for the near future, I certainly believe that Binance Coin can prove to be a profitable investment in the near future, which is likely to provide you with higher returns and it is a possibility that your current investment may increase in value. But again, nothing can be said or sure! 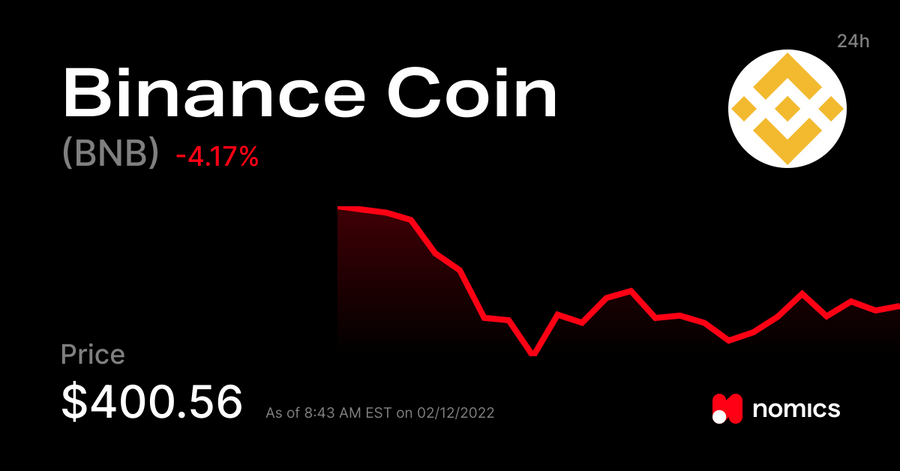 If still not convinced, see it this way that, if say you buy Binance Coin worth a hundred dollars today, you will receive nearly 0.249 BNB. According to the analysis done by experts on the field, after five years of your investment, the return is expected to be about +490.46 percent and thus, your current hundred-dollar investment will be nearly 590.46 US dollars in 2027.

As mentioned at the very beginning, crypto is a highly volatile marketplace and is extremely uncertain. Thus, It is very important for you to understand the fact that just like any other currency in the crypto marketplace, Binance Coin does have its own risks as well and you should invest only if you are willing to take those risks and bear any and all losses if at all necessary.

If you are wondering, where can you buy Binance Coin? Let me help you with that. Currently, Binance Coin is available on all major crypto exchanges but, some of the popular exchanges that have BNB listed on them include Binance, Bitget, Mandala Exchange, FTX as well as CoinTiger to name a few.

In conclusion, what are your thoughts on Binance and the life story of Changpeng Zhao? Do let us know in the comments area below. To know more about various cryptocurrencies, do check out other articles we have on our website. Thank you for your time & if you found our content informative, do share it with your investor friends!