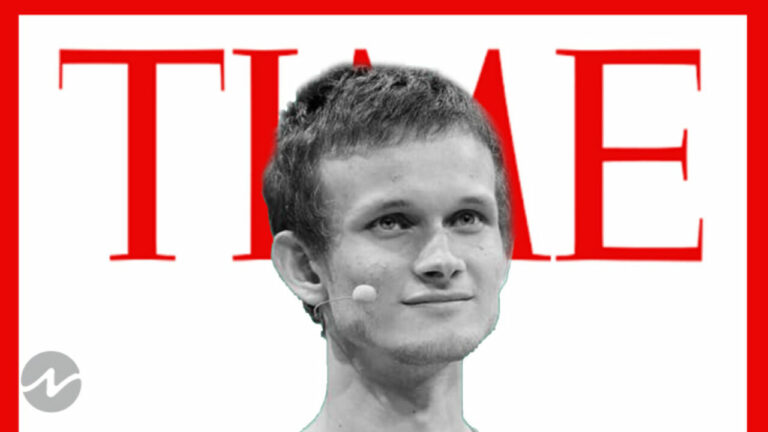 We have been around in the world of cryptocurrencies for quite some time now and ever since the industry was first introduced, it has successfully managed to make a name for itself in the global marketplace and has had a surge in its growth and popularity recently. Having said that, I believe a majority of you must already be aware about the basics of the industry but, if for some reason that is still not the case, let me help you with that first.

To begin with, cryptocurrencies are simply blockchain-based platforms that are decentralized to their very core, allowing them to step outside the control and jurisdiction of central authorities and work freely without any unnecessary government interferences.

Also, this virtual asset of yours can easily be made use of for a variety of purposes including the purchase and sale of goods and services as well as for the purpose of trade and exchange over cryptocurrency exchanges online.

We all know that the crypto world has come a long way as and when compared to when it all first started and unlike its initial phase, there are pools of currencies to choose from today, with newer ones coming in with each passing day and tons of new investors joining in every hour.

However, two of the oldest and most prominent currencies out there in the entire world of cryptocurrencies, that I am sure you must have already heard of are Bitcoin (BTC) and Ethereum (ETH). Even though some of you might have heard about Ethereum, I sincerely doubt that a majority of you are not familiar with the man behind this global success, Vitalik Buterin. If so, let’s have a look at the life story of the co-founder of one of the most popular currencies in the crypto world, Ethereum.

Everything to know about Vitalik Buterin

Buterin was born in Kolomna, Russia, on January 31, 1994, to Dmitry Buterin, a computer scientist, and Natalia Ameline. Vitalik lived in the area until the age of about six years as his parents emigrated to Canada in search of better employment opportunities. Since elementary school, Buterin was drawn to programming, mathematics as well as economics.

Buterin then attended Abelard School, a private high in Toronto, and started learning about Bitcoin from his father, just at the age of seventeen. As mentioned, Buterin became involved with cryptocurrencies early in its inception, which lead to him co-founding the Bitcoin Magazine in 2011.  His earliness has made him one of the most influential people and has proved to contribute significantly to building the crypto world.

Speaking of Bitcoin Magazine, Vitalik Buterin as mentioned is a renowned Russian-Canadian programmer and writer and has been involved in the Bitcoin community for quite some time now, co-founding and even writing articles himself for the said magazine.

In addition to this, Buterin is known to have travelled the world for about six months in 2013 in order to speak with several Bitcoin developers, which helped him understand that, he could build a new and possibly a superior version of Bitcoin using smart contracts by simply iterating on the Bitcoin blockchain.

To explain this idea, he tried to link a future blockchain to a smartphone and Bitcoin to a calculator and applied the same principle of improving the system’s strength by just making it much more general purposed to blockchain networks. As talked about earlier, just after two and a half years of looking at what existing blockchain applications and technology had to offer, Buterin is known to have written the Ethereum white-paper back in November 2013.

In 2014, Vitalik was a recipient of the popular two-year Thiel Fellowship, tech billionaire Peter Thiel’s project that is said to award about 100,000 US dollars to twenty promising innovators under the age of twenty, so that they will be able to pursue their inventions instead of a post-secondary institution path.

Before moving any further, It is best if we have a quick look at the second-biggest cryptocurrency in the global marketplace, which lead to Buterin being selected as one of Time magazine’s 100 most influential people as of 2021, Ethereum. Speaking of Ethereum or as commonly referred to as Ether, it is nothing but a decentralized open-source blockchain system that is known to feature its native utility token ETH.

Ethereum aims to become a global platform for decentralized applications (DApps), thus allowing users from all over the world to write as well as run software that is resistant to fraud, censorship as well as downtime. On a similar note, Ethereum has also been more than successful in pioneering the concept of a blockchain smart contract platform.

For some of you wondering as to what are smart contracts? Allow me a chance to explain. Smart contracts are simply computer programs that are said to automatically execute the necessary actions in order to fulfill an agreement between various parties over the internet.

Not just that, they were designed to reduce the overall need for trusted intermediaries amongst contractors, helping in reducing the cost of the transactions, while also being able to increase transaction reliability. Apart from smart contracts, Ethereum’s blockchain is also able to host other cryptocurrencies known as ‘tokens’, with the help of its ERC-20 compatibility standards.

Now that you know a brief backstory about Ethereum, let’s come back to the topic and discuss about the mastermind behind this extraordinary success. According to a report by Forbes, Ethereum’s 27-year-old co-founder, Vitalik Buterin has recently reclaimed the title of the world’s youngest crypto billionaire, all thanks to Ether’s latest gains.

Speaking of Buterin being a billionaire, Forbes is known to estimate his total wealth to be somewhere around 1.46 billion dollars. Furthermore, Buterin is said to have entered the so-called three-comma club back in May last year, when ETH crossed the 3,000 US dollar mark for the very first time.

However, it is worth noting that, he soon lost his billionaire status when Ether along with several other virtual currencies in the marketplace, fell later that month to a low of nearly 1,725.19 US dollars, after popular electric car manufacturer, Tesla stopped accepting Bitcoin as a mode of payment and Chinese regulators simply intensified the crackdown on virtual currency trading and mining activities.

As a matter of fact, reported in November last year, Ethereum has been recognized as the second-largest cryptocurrency by market capitalizations with a new all-time high of about 4,644.01, and as of today, that price has reached nearly 2,538.29 US dollars as per reports from CoinMarketCap.

As mentioned, Ethereum today is the backbone for a host of virtual currency projects out there and as per the state of decentralized applications, it has nearly 3000 Dapps on the platform itself, which is about 75 percent of the total. Other than this, it also has a popular platform for non-fungible tokens (NFTs).

Also, you should probably know that, Buterin and the rest of the Ethereum team have established the Ethereum Foundation in their initial years, which is a non-profit organization based out of Switzerland and is responsible for overseeing the platform’s open-source software development and running it smoothly.

Speaking of non-profits, it surely shows much about the man himself, and just recently, Buterin is said to receive back about 100 million US dollars in USDC for about fifty trillion Shiba Inu tokens (SHIB) he previously donated to the India based Covid-19 relief fund, CryptoRelief, founded by Sandeep Nailwal, who is also the co-founder of Polygon.

Now that we have talked much about Ethereum and the man behind it, Vitalik Buterin, some of you must be wondering, whether or not it is a good idea to invest in the platform? If that’s the case, then let’s find out, shall we?

Also, it is worth mentioning that, the current circulating supply of Ethereum is 119,387,815 ETH coins, But, unfortunately, the maximum lifetime supply of the token is not yet available. In just the past week alone, the price of the platform has risen by 18.67 percent.

Reading so far, you must have gotten a fair understanding of the platform and by now, you should be able to figure out on your own whether or not investing in Ethereum is the right thing for you to do. Seeing what it has to offer when combined with its performance in the recent past as well as its plans for the near future, I certainly believe that Ethereum can prove to be a profitable investment in the near future, which is likely to provide you with higher returns and it is a possibility that your current investment may increase in value. But again, nothing can be said for sure!

If still not convinced, see it this way that, if say you buy Ethereum worth a hundred dollars today, you will receive nearly 0.0386 ETH. According to the analysis done by experts on the field, after five years of your investment, the return is expected to be about +534.83 percent and thus, your current hundred-dollar investment will be nearly 634.83 US dollars in 2027.

As mentioned at the very beginning, crypto is a highly volatile marketplace and is extremely uncertain. Thus, It is very important for you to understand the fact that just like any other currency in the crypto marketplace, Ethereum does have its own risks as well and you should invest only if you are willing to take those risks and bear any and all losses if at all necessary.

If you are wondering, where can you buy Ethereum? Let me help you with that. Currently, Ethereum is available on all major crypto exchanges but, some of the popular exchanges that have ETH listed on them include Mandala Exchange, Binance, OKX, CoinTiger as well as CoinFLEX to name a few.

In conclusion, what are your thoughts on Ethereum and the life story of Vitalik Buterin? Do let us know in the comments area below. To know more about various cryptocurrencies, do check out other articles we have on our website. Thank you for your time & if you found our content informative, do share it with your investor friends!

Also read: Bitcoin: Everything you need to know