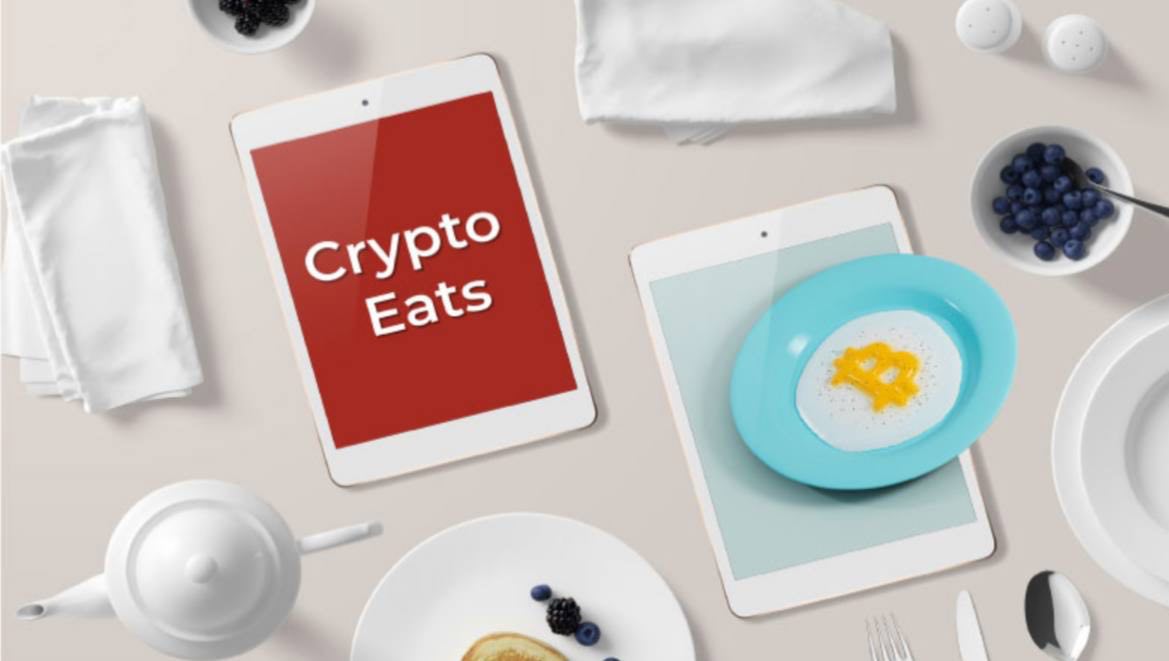 Looking around today, it seems like crypto has finally reached where it wanted to when it was first introduced but the thing is, it doesn’t look like it wants to stop just yet. Crypto is nothing but a form of digital currency that can be bought off and sold at various crypto exchanges online. Over the past couple of years, the crypto industry has been booming with an extraordinary surge in growth and popularity.

I think that seeing the name that the industry has managed to make for itself, a majority of you present here today are already aware of the basics of the crypto world but, if for some reason, you are still not familiar with what crypto is exactly or are new to the industry, let’s start with that first!

Crypto as the name suggests is nothing but a form of virtual currency that can be used for a variety of purposes including the buying and selling of goods and services, while also being capable to be used for the purpose of trade and exchange over the internet of course. Technically speaking, cryptocurrency is a blockchain-based decentralized platform that is highly secure, thanks to something known as cryptography.

In simpler words, these digital assets of yours use blockchain technology in order for their basic functioning and day to day operations, which are often responsible for the overall recording and verification of transactions made over the platform or a particular blockchain network, thus eliminating the risk of counterfeiting as well as double-spending completely.

When the industry was first introduced, there were not many currencies to choose from and frankly, not many investors were seen lining up to invest either. However, as of today, looking around from where I stand, it almost feels like a dream come true when being able to witness such attention and support that the industry is receiving from all over the world and how it is able to lure in global potential investors to invest in virtual currencies. 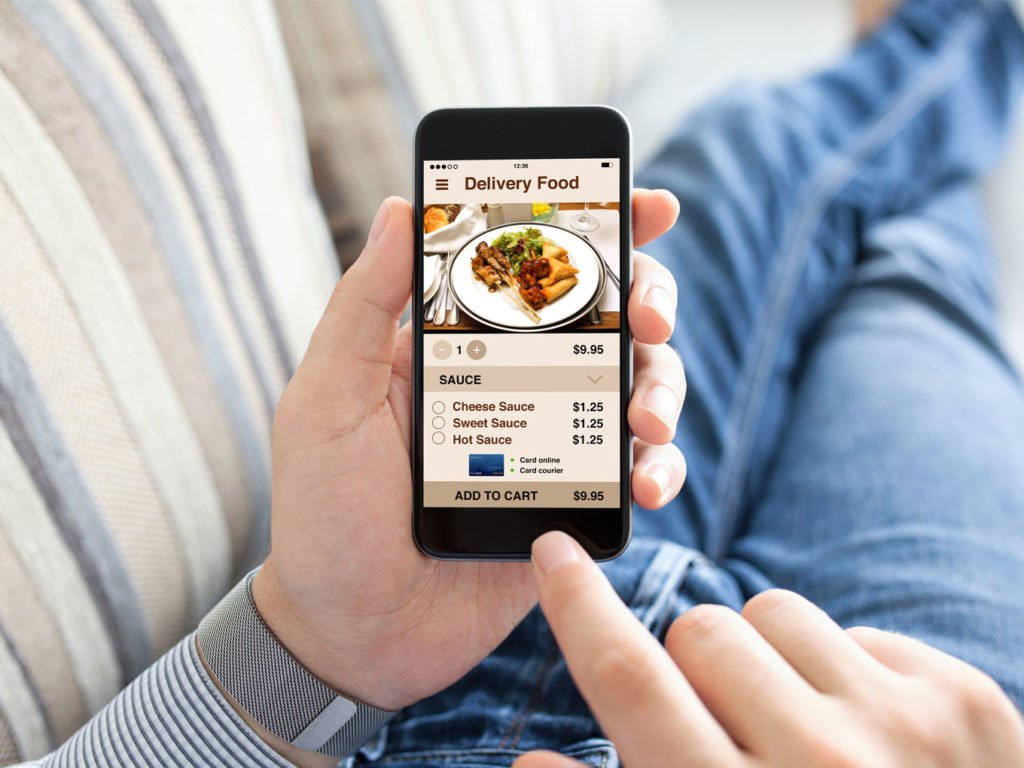 Speaking of a lot of currencies available today to choose from, it is probably worth mentioning that, some of the most popular cryptocurrencies to choose from right now in the marketplace include Cardano, Binance Coin, Bitcoin, Ethereum. Polkadot, Dogecoin as well as Baby Doge too name just a few of course.

As mentioned at the very beginning, despite this much success, crypto doesn’t plan on slowing down any soon and as per discussions amongst global experts on the field, crypto is rapidly progressing towards completely revolutionizing the entire global payment system. These assumptions, however, are not entirely baseless because as per recent reports, crypto has started to be accepted as an official mode of payment at McDonald’s in Ell Salvatore along with many small merchants and shops and this will only increase further with time.

Now that you have a brief backstory of the crypto industry, I sincerely believe that you will be able to have a much better understanding of what we have with us today, Crypto Eats. To know more, I suggest you read further!

Everything to know about Crypto Eats 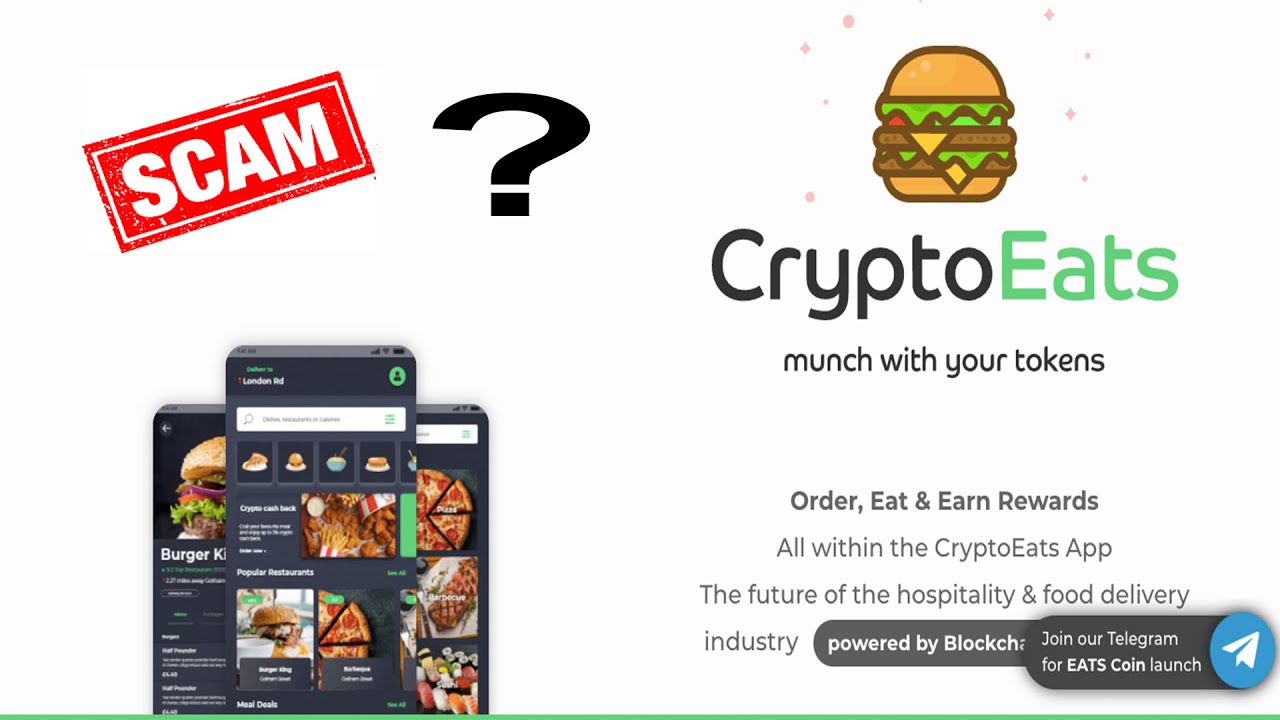 As mentioned above, the crypto industry is rapidly expanding and is reaching more and more businesses every day, even the food delivery apps are now accepting crypto as an official mode of payment. According to reports, a new food delivery application has been introduced known as Crypto Eats, which is said to accept payments from their customers in the form of cryptocurrency coins or tokens.

Not just that, knowing that the crypto marketplace is highly volatile, the price fluctuations in the marketplace of a specific currency can be almost instant, making it very difficult to make predictions. This characteristic of the industry is currently being used to scam people, especially across the United Kingdom, commonly known as the Crypto Eats Scam.

Before moving on further, let’s address the fact that some of you might be wondering, what is Crypto Eats all about? If so, let me help you with that. Founded by the reclusive blockchain developer and expert in the field, Wade Philip, Crypto Eats claims to be the very first food delivery application that is decentralized at its very core and which is said to accept payments through cryptocurrencies.

However, the application is not launched yet and is said to probably be introduced next year in early 2022, making food delivery and ordering much more smoother for the people particularly residing in the United Kingdom. Basically, the Crypto Eats application focuses on bridging the payment systems for food deliveries by accepting cryptocurrency tokens and coins, rather than accepting card payments or having an option of cash on deliveries (COD). 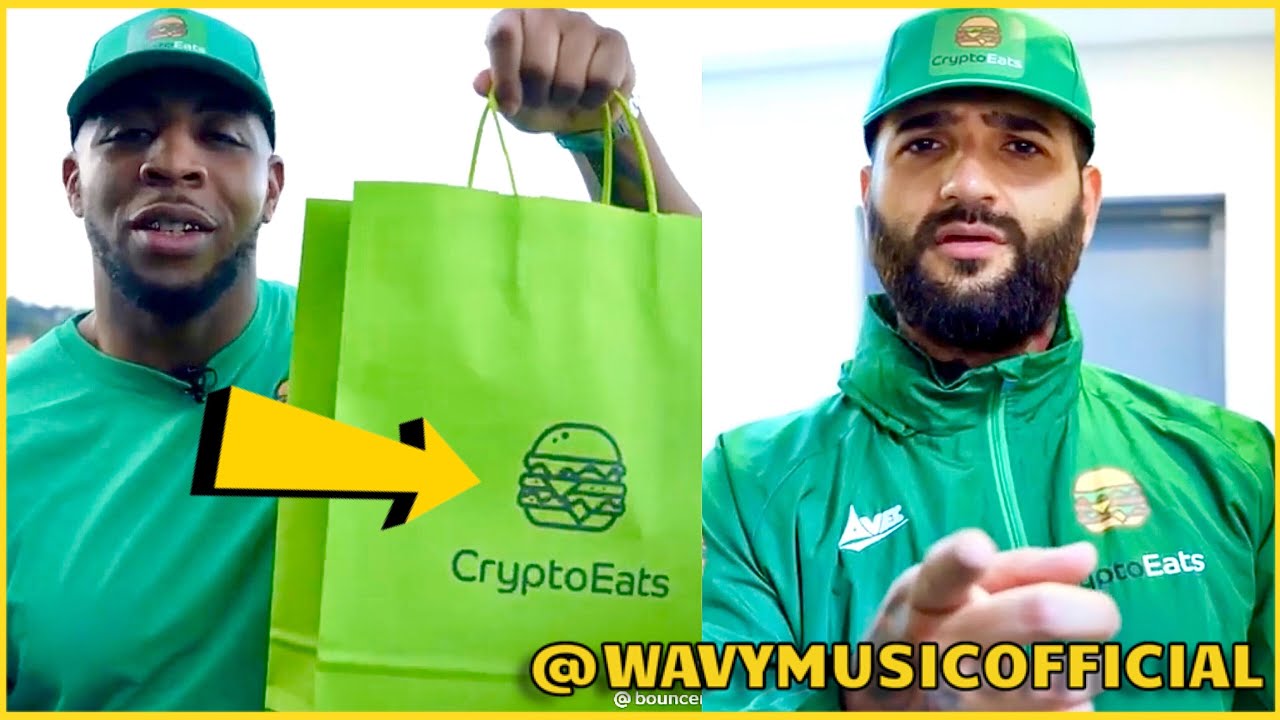 In addition to this, it is worth mentioning that, EATS is the native utility token of the platform, having a market cap of about 875.384 US dollars and a maximum lifetime supply of nearly 7,000,000,000,000,000 EATS. Also, it is vital for you to know that the coin managed to reach about seven million dollars in just a matter of ten minutes from when it was first released on crypto exchanges online. Speaking of EATS, it is said that, after the release of the platform and its native currency, users which will use EATS to make payments will be receiving an additional five percent discount per order on whatever may be the total cost.

Not just that, the anticipated growth in the next four years or so for this specific market is to rise by about twenty percent annually, while Crypto Eats emerges as one of the major contenders in order to be the leading crypto-led food delivery platform. Furthermore, it is worth noting that, Crypto Eats is intended to primarily compete with the already popular Uber Eats which is a similar food delivery system barring the crypto-based payment options of course!

Having said that, it is worth noting, as per a press release issued through a commonly known service in the technological sector, GlobeNewswire, used by several legitimate firms including Walmart as well as Litecoin, claimed that Wade Philips, the founder of the project partnered with multiple giants in the industry including McDonald’s and Nandos in order to hire a whole army of delivery drivers, which would further help the company compete with its rivals such as Delivaroo as well as Uber Eats as mentioned previously, all thanks to its blockchain-based software.

On a similar note, the app also offers its customers a couple of strange features such as ordering individual items from various listed restaurants on the app and having the diver pick them all on the way to your place. Also, it promised its customers a five-minute coffee delivery with just a press of a button, while offering workers a guaranteed salary as well.

As mentioned, crypto Eats is a food delivery application with goes by commonly as EATS, which is also its native utility token. But, you should probably be aware of the fact that for some reason crypto experts from all over the world have been complaining about the application, stating that the application and its token are all a part of a huge scam.

Also, as per reports, many people have already lost a lot of their money as a part of this enormous scam, while the project claims to allow residents of the UK to order food and use their virtual assets as an offline mode of payment for their orders. With that in mind, the developers of the platform have been seen advertising the application very cleverly in order to attract millions of potential investors.

Speaking of the Crypto Eats Scam, it all started when the said application was officially scheduled to go live but it didn’t because the officials say that they got hacked and everything from their website to their social media pages, all went offline. As a  result of this, all seems like a fraud and it is advised that people should not be attracted to this scam.

In addition to this, people who have already invested their money in the EATS coin after not been able to exchange them or even redeem them from any crypto exchange online. When attempting to exchange it for BNB, token holders are receiving an error message on their screens, which further backs the whole story behind the Crypto Eats Scam per se.

According to some recent reports, it is being said that, the United Kingdom-based startup has completely vanished from the internet, just moments after its initial launch after stealing about 500,000 dollars. Not just that, as per a press release currently available on Yahoo Finance, Crypto Eats themselves claim to have raised over eight million dollars from their Series A fundings. Besides that, the company asked on its website, how could such a low-key idea of using cryptocurrencies in the real world as a form of payment for your food could attract so many customers from the crypto community? which seems rather odd. 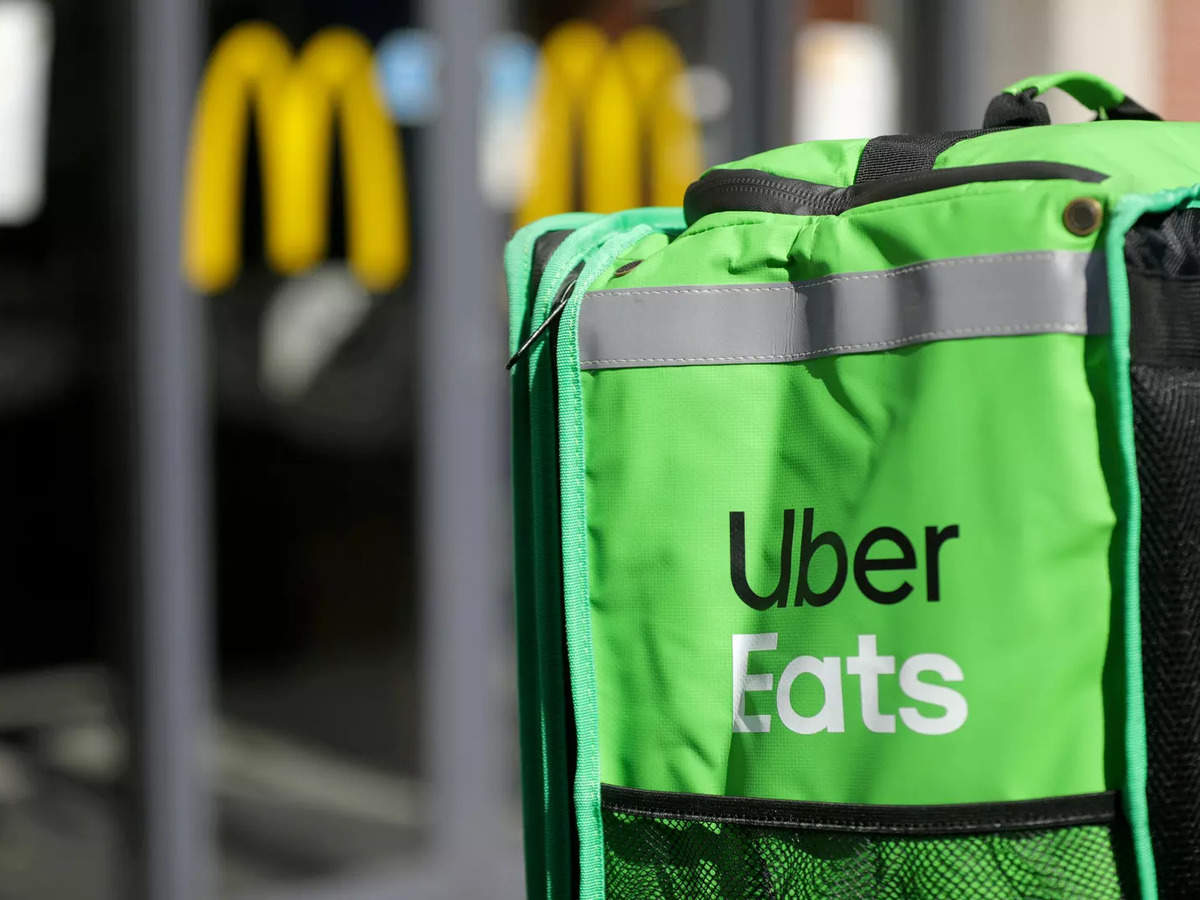 In conclusion, reading so far, you must have gotten a fair understanding of Crypto Eats and by now you should be able to figure out on your own, whether or not Crypto Eats is a project that is worth your time and money. I personally believe that Crypto Eats sounds like a great project that has never been seen before and which is likely to do well in the near future with its unique features, combined with the popularity and support it has already started to receive.

As far as the Crypto Eats Scam goes, it looks like it is being exaggerated way more than it probably should. See it this way that, a company that has received such great support and which has a lot of funding with a unique approach towards the use of cryptocurrencies, why would it not launch its application and token when it is guaranteed to do well in the near future!

But again, as mentioned at the very beginning, crypto is a highly volatile marketplace and is extremely uncertain. Thus, It is extremely important for you to understand the fact that just like any other currency in the crypto marketplace, EATS does have its own risks as well and you should invest only if you are willing to take those risks and bear any and all losses if at all necessary.

What are your thoughts on Crypto Eats? Do let us know in the comments below. To know more about various cryptocurrencies, do check out other articles we have on our website. Thank you for your time & if you found our content informative, do share it with your investor friends!

Also read: NOVI: Everything you need to know