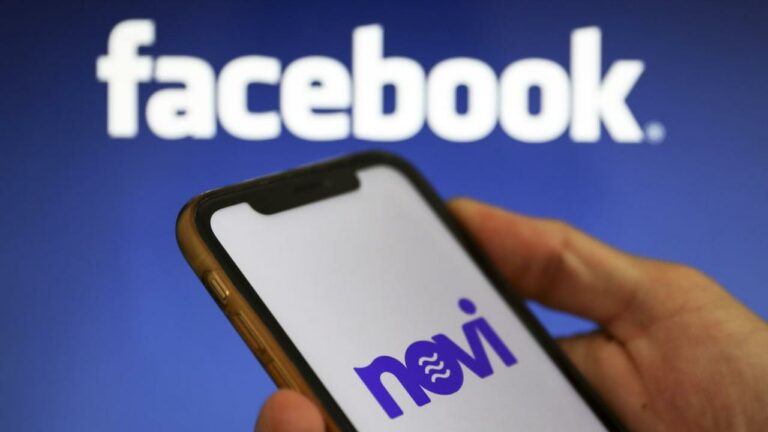 For those of you who have been following cryptocurrencies for a long time now, will understand the surge in growth and popularity that it has been able to witness over the past couple of years, from all over the world. Looking at this, I am forced to assume that a majority of you are already well versed in the basic functioning and concepts of the crypto world but, if for some reason you are still not aware of the basics of the industry, I suppose it is better that we first talk about that in brief so that we are all on the same page.

To begin with, crypto is nothing but a form of virtual currency which can be used for several purposes including the buying and selling of goods and services as well as for trade and exchange over cryptocurrency exchanges over the internet. In technical terms, crypto is a form of a decentralized blockchain-based platform that is easy to use and extremely secure, all thanks to cryptography.

To clarify, these virtual assets of yours use something known as the blockchain technology that is responsible for recording and verifying transactions made on the network itself. Not just that, as mentioned, cryptocurrencies are decentralized, thus they can work outside the overall jurisdiction of central authorities and can work freely without any government interference.

when the industry was first introduced, there were not many people interested to be associated with it and frankly, there were not many currencies to choose from either but, gradually over the years, the crypto industry has evolved and today it is booming like anything along with the fact that it has somehow managed to make a name itself while luring in potential investors from all around the globe. On a similar note, looking around today, you will see that there are newer currencies coming up every day and several investors joining in with each passing hour.

As mentioned, with newer currencies coming up each day, it is important for you to understand the fact that all the currencies that come up are not always able to make it to the mainstream and due to lack of support from investors, it fades away soon after. Those who make it to the big leagues often receive a lot of support and popularity from the public, sometimes from huge business tycoons as well like Elon Musk, when he publically tweeted in favor of  Dogecoin and its prices skyrocketed.

Speaking of a lot of currencies available today in the marketplace, some of the most popular ones that you can invest In right now include Bitcoin, Ethereum, Binance Coin, Cardano, Dogecoin, Polkadot, as well as Baby Doge to name just a few of course.

Now that you have the brief backstory about virtual currencies, you will be able to have a much better understanding of what we have with us today, Novi. To know more, I suggest you read further!

Everything to know about Novi

On October 19 this year, Facebook, an American conglomerate focused on online social network sites, finally introduced its long-awaited digital wallet known as Novi, which offers support for Paxos stablecoins or as commonly referred to as Paxos Dollar (USDP). According to reports, the head of the Novi project, David Marcus said during the launch that, the USDP has been counted amongst the most widely supported and trusted stablecoin, having about three years of operations in the marketplace.

As a result of this, Novi is said to be interoperable with other cryptocurrency-based wallets that are known to support Paxos stablecoins. As mentioned, after more than two years since the project was first introduced, Facebook has finally decided to roll out a small pilot of sorts for its digital wallet (Novi) today in Guatemala as well as the United States.

Speaking of the pilot program, it is worth mentioning that, this program will allow users to send and receive money immediately through Coinbase, which is known to be the official custody partner, responsible for holding actual funds for the pilot. In addition to this, the pilot is meant to “test core feature functions, and operational capabilities in customer care and compliance” along with trying to showcase a viable use of stablecoin in respect to payments, says David Marcus, the head of Facebook Financial(F2).

Also, it is worth noting that, Novi is planned to be launched without one of the biggest features, Diem. For those of you wondering what that is? Allow me a chance to explain. Diem is nothing but a Facebook-backed crypto, which was meant to serve as a cornerstone of the project.

On a similar note, Diem was formerly referred to as Libra, before the name was changed in order to separate the now-independent project from Facebook, which as a matter of fact, initially started it. However, you should know that Diem is yet to launch its currency in any country due to the regulatory approval that it is still facing.

When the project was first introduced, it came under heavy criticism with several major partners pulling out of Libra just after a few months of being introduced including Mastercard, PayPal, eBay, Stripe as well as Visa. Other than this, the company is said to move its operations back to the United States after putting a pause on the approval for stablecoins in Switzerland. As per a report from CNBC, Diem plans to introduce just a single US-based stablecoin that will be tied to the dollar instead of going with the broader scope that the company initially planned.

Furthermore, Markus also made an announcement recently stating that Novi is still very much committed to Diem and will launch the currency when it does finally go live. However, there is still no update on when will that be. As mentioned, the Diem Project has faced stiff opposition and a series of setbacks from various financial regulators since it is first introduced about two years ago under its former name, Libra.

Coming back to Coinbase, as mentioned previously. Novi is being supported by Coinbase Custody, which is indeed keeping the funds secure with the help of their fully segregated, proprietory capabilities in respect to cold storage for managing private keys. Speaking of Coinbase Custody a lot, some of you might be wondering what that is? If so, let me explain. Coinbase Custody is nothing but one of the leading crypto native custodians and platforms that is known to securely manage about 180 billion dollars worth of virtual assets on its platform.

Over the past nine years or so, Coinbase has really managed to create deep expertise in secure and scalable infrastructure for cryptocurrencies. This includes staking support, leading custodial solutions, financing, access to decentralized finance, compliance as well as on-chain and market data analytics. Apart from users on Novi being able to transfer money abroad without any fee being charged, the users on the platform will be able to transact USDP or Paxos dollar, a stablecoin that was developed back in 2018, whose value is known to be pegged to the US dollar.

Not just that, with a valuation of about 946 million dollars, USDP is placed at 100th position as per the CoinMarketCap rankings. For better clarifications, let’s compare it to Tether, which is said to be the largest stablecoin in the marketplace and is placed at the 5th position with a market cap of nearly 69 billion dollars.

Other than this, it is worth noting that, Novi users who are a part of the pilot can very well acquire Pax Dollar (USDP) with the help of their Novi account, which Novi is known to hold on deposit with the Coinbase Custody. Also, these users will then be capable of transferring USDP amongst each other instantaneously. However, you should probably know that Novi users can also benefit from the platform’s leading insurance program, Coinbase Custody Trust Company, which also includes a 320 million dollar commercial crime policy.

As per Facebook’s official newsletter, Novi Financial was created with the aim of making money work better for everyone out there. Moreover, they believe that everyone on a global level should be able to have equal access to financial services. Also, their first product Novi Financial is focused on introducing the Novi digital wallet which has specifically been designed for Libra, a relatively new payment system that is said to be created on innovative blockchain technology.

In conclusion, reading so far, you must have gotten a basic understanding of Facebook’s Novi and by now you should be able to figure out on your own, whether or not Novi is a project that is worth your time and money. I personally think that it has just been a day since Novi has been officially introduced and before making any further judgments, let’s give it some time and see what happens!

But again, as mentioned at the very beginning, crypto is a highly volatile marketplace and is extremely uncertain. Thus, It is extremely important for you to understand the fact that just like any other currency in the crypto marketplace, Novi as well as DIEM, do have their own risks as well and you should invest only if you are willing to take those risks and bear any and all losses if at all necessary.

What are your thoughts on Novi? Do let us know in the comments below. To know more about various cryptocurrencies, do check out other articles we have on our website. Thank you for your time & if you found our content informative, do share it with your investor friends!

Also read: BITO ETF: Everything you need to know