The number of crypto job postings have skyrocketed

Even though job vacancies in the wider U.S. labor market continued to rise, job advertisements in the cryptocurrency world nearly fivefold in 2021. According to a recent LinkedIn report, jobs involving “Bitcoin,” “Ethereum,” “blockchain,” and “cryptocurrency” rose 395 percent in the United States from 2020 to 2021. Crypto offers grew at a faster rate than the larger IT sector, with a 98 percent increase in listings. 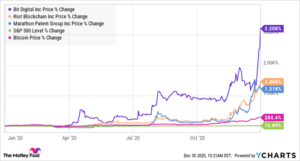 Even though the number of job openings in the broader U.S. labor market continued to rise in 2021, those in the bitcoin space fivefold. According to a recent LinkedIn analysis, the number of jobs involving “Bitcoin,” “Ethereum,” “blockchain,” and “cryptocurrency” increased 395 percent in the United States between 2020 and 2021.

As of December, job listings on LinkedIn with the keywords “Bitcoin,” “blockchain,” and “cryptocurrency” had increased by about 400% over the previous year.

Blockchain developers and engineers were among the most prevalent job titles, according to LinkedIn. And the majority of the job openings were in the IT and financial industries. However, crypto-related job advertisements were found across a variety of industries, including accounting and consultancy.

Crypto offers grew at a faster rate than the larger IT sector, with a 98 percent increase in listings.

The New York Times reported in December that techies at established corporations such as Google (GOOGL) – Get Alphabet Inc. Class A Report, Amazon (AMZN) – Get Amazon.com, Inc. Report, and Apple (AAPL) – Get Apple Inc. Report are jumping ship in the hopes of becoming the next great thing in crypto.

The surge in cryptocurrency-related jobs coincides with an influx of investors into the market. According to PitchBook data, investors put $30 billion into crypto and blockchain firms in 2021.

The values of some of the most popular tokens, like Bitcoin, Ethereum, XRP, Solana, and Dogecoin, have all dropped substantially in recent weeks.

Separately, according to newly released government data, Americans departed their employment in historic numbers ahead of the holidays, with an all-time monthly high of 4.5 million persons handing in their resignations in November. Even a minor increase in hiring didn’t make much of a dent in the near-record high rate of job openings.