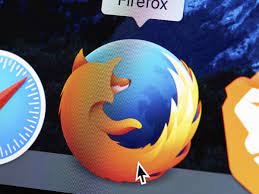 Billy Markus, Dogecoin’s creator slams Mozilla Firefox after the platform suggested that adopting the cryptocurrency DOGE was equivalent to joining a Ponzi scheme. Furthermore, Bitcoin and other cryptocurrencies have been chastised for the environmental damage they have created.

thank you for succumbing to an ignorant, reactionary internet mob

wait till them guys hear about the environmental cost of paper dollars and the entire banking infrastructure, i am sure they will have the same level of meltdown about their own constant environmental impact https://t.co/jInIaIA0DS

“Thank you for giving in to a regressive, stupid internet crowd. When people learn about the environmental cost of paper money and the entire banking infrastructure, I’m sure they’ll have a similar meltdown over their own continual environmental damage.”

The remarks imply that Mozilla was “naive enough” to believe random statements on the internet in order to placate the baying hordes eager to partake in some cancel culture without knowing all the facts.

The group started a few days ago that it will “immediately discontinue the option to give via cryptocurrencies.” The team claims to be in an open discussion regarding the potential environmental harm that can result from receiving cryptocurrency donations, stating:

“We’re looking into whether our existing cryptocurrency donation policy aligns with our climate objectives.”

On December 31, 2021, the dispute began. Mozilla announced on Twitter that donations to its foundation will now be accepted in DOGE. Cryptocurrencies such as bitcoin and ethereum were already accepted by Mozilla Firefox.

Bitcoin proponents such as Ari Paul, CEO, and founder of BlockTower Capital, have weighed in on the subject, claiming that cryptocurrencies are aiding the spread of renewable energy.

Zawinski wrote on his personal blog a few hours later: “I’m grateful for whatever role I had in persuading them to reverse that dreadful choice. Cryptocurrencies are not only cataclysmic ecological disasters and a greater-fool pyramid scheme, but they are also extremely harmful to the free web, another Mozilla principle.”

However, he did state that the debate is open. The ultimate decision could have an impact on the browser’s 220 million active users around the world.

The privacy-focused browser Brave has completely embraced cryptocurrency, in contrast to Firefox’s move to handle crypto assets. They have Solana integrations, among other significant collaborations, and their user base is expected to hit 50 million in 2021. Since 2014, the Mozilla Foundation has accepted cryptocurrency donations.