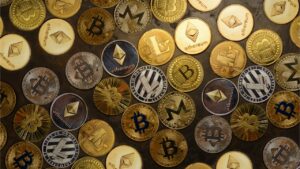 According to bitcoin.com, JPMorgan said in a report on the stock market and cryptocurrencies earlier this week that individual investors acquired equities at a record rate during the summer, with nearly $16 billion of record-high net flow in July and around $13 billion in August into the US stock market. Altcoins had led the crypto market value increase of roughly 83 percent in the recent three months.

The email stated, “Cryptocurrency markets [are] looking frothy again.” According to Coinmarketcap, Bitcoin’s share of the overall crypto market cap has dropped from 47 percent on August 1 to 41.32 percent on Sunday, while Ethereum’s (ETH) has increased slightly from 18 percent to 20 percent. Cardano (ADA), Binance Coin, and Tether have respectively 4.01 percent, 3.62 percent, and 2.91 percent of the total crypto market cap.

Solana has become one of the best-performing coins this year, according to bitcoin.com. With a price of $141.04 per coin, the cryptocurrency is currently the seventh-largest cryptocurrency by market capitalization. At the time of filing this report, the coin’s market capitalization was $40.78 billion. It had risen 310.8 percent in the previous month and 3,277.6 percent so far this year.

Altcoin trade accounted for 22% of the crypto market in early August, an increase from the current 33%. “By historical standards, the share of altcoins appears to be very elevated, and we believe it is more likely to be a reflection of froth and retail investor ‘mania’ than a structural uptrend.”

JPMorgan said in April of this year that it is employing blockchain technology to facilitate cash transfers between banks around the world. According to the investment banking organization, the bank created ‘Confirm’ to help reduce the amount of “rejected or returned transactions caused by mismatched payment details.” As a result, both the transmitting and receiving banks will save money as a result of the solution.

According to the company, Confirm is a global account information validation application on JPMorgan’s blockchain network, through which partner banking institutions will be able to request beneficiary account information confirmation and receive responses in near-real-time from other participating banks.

Also read: Bitcoin should be at least at $55k suggests supply shock metric