Cardano‘s founder and co-founder of ethereum, Charles Hoskinson, told CNBC Tuesday that cryptocurrencies will gain traction in Afghanistan due to a growing demand for more anonymity.

Charles Hoskinson is the co-creator of Ethereum and the founder of Cardano, two blockchain technologies. In late 2013, Hoskinson joined Vitalik Buterin’s Ethereum founding team (one of eight original pioneers). 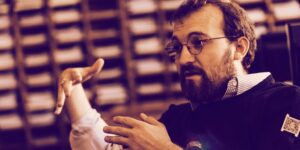 On CNBC’s “Squawk Box Asia,” he said, “I believe cryptocurrencies will play a larger role in Afghanistan this time around, in the struggle for and against the Taliban forces.” On Monday, the last American military planes flew out of Kabul airport, bringing an end to America’s 20-year presence in the country. Afghans who remain in the nation face an unclear future, and those who wished to leave were unable to do so.

Their struggle has brought attention to a regressive regime, according to Hoskinson, which predicts protracted civil war and turmoil. He noted that the growing interest in crypto could be a reaction to the Taliban’s toppling of the Afghan government. “It’ll be really interesting to see how that gets integrated into statecraft and how that gets integrated into resistance against a regime that clearly doesn’t care about many people’s rights and clearly wants to install a theocracy that belongs more in the 13th century than the 21st,” the crypto advocate said.

He didn’t clarify how Afghans would be able to invest in cryptocurrencies, given the country’s economic upheaval, or what consequences the adoption of digital assets may have on the ground. However, research reveals that amid the recent cash crunch in Afghanistan, bitcoin popularity grew.

The Chainalysis 2021 Global Crypto Adoption Index, which analyses countries with the highest levels of crypto adoption, has Afghanistan rated 20th out of 154 countries. On the same list, the United States is ranked eighth. By pushing for the elimination of financial systems in their current form, Hoskinson has already highlighted how owning digital assets could benefit individuals suffering in Afghanistan. “I am convinced that if we reform our money and the institutions of how our democracy works, collectively over time as nation-states, even if they survive in their current shape, we will no longer tolerate these things,” he said in a video address last month.