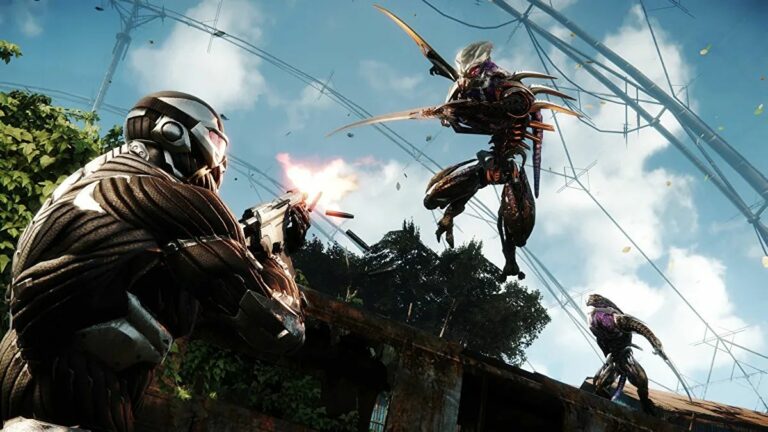 Crysis 4 has been officially announced by developer Crytek after an image and message were briefly seen on a Chinese social media website. After leaking a few hours ago, Crytek is officially unveiling Crysis 4 with a new teaser trailer and more information for the future. Crytek says the next Crysis game is currently in the early stages of development.

“Crytek is proud of its history of partnering with our community to develop the games you want to play. Crysis is important to many and loved by gamers around the world, some of whom are in the industry today. Original Games, So we want to make sure the next installment in the series lives up to all your expectations”. The game is currently in early development so it will take a while but we wanted to give you an update right now as we are so excited about the future and let you know that we will be listening to our community”. That said, check out more details on Crysis 4 in the coming months as the company has promised to reveal more as development progresses.

The final confirmation came in a post on the franchise’s official website that talks candidly about a “new Crysis game”. The official teaser for Crysis 4 comes hours after Crytek China confirmed the news of the game at the start of a post on the Chinese social media site BiliBili. At the time of this writing, very little is known about Crysis 4 other than the fact that it is in early development.

The latest new game in the series was Crysis 3, released in 2013, meaning the potential Crysis 4 could come out almost ten years after it last entered the franchise. Developed by Crytek on their Cry Engine, the first Crysis game was released in 2007. The first game, released in 2007, was hailed as one of the most graphically advanced games of the era.

The announcement came with this very short trailer, which didn’t directly mention Crysis 4, just numbered it. The video is rather cryptic, showing an exploding red fireball, several hexagonal pillars rising from the ground, a shot of buildings collapsing, and a quick flash of the Prophet’s helmet (about 14 seconds). That’s basically everything straight out of the box about the new video game, except that it’s going to be a “true next-gen shooter” and Crysis 4, while it’s an absolutely anticipated title, is only a work in progress.

Crytek CEO Avni Yerli said in the announcement blog that Crysis 4 is “in the early stages of development, so it will take a while,” so don’t expect the game to be released anytime soon. But the official Twitter account confirms that Crysis 4 is indeed in development, although we don’t have any details at this time. We will update this thread if the media shares more information. It’s important to note that Crysis 4 is currently only a working title, not the official title of the fourth major Crysis game.

If we look at the legacy of the Crysis series we are expecting something that will push the next-gen hardware to its absolute limit and start the “but can run Crysis 4” meme trend once again. Since Crytek has officially announced the fourth installment of the franchise, it makes sense to say that Crysis is officially back to push the hardware to its limits.

Crytek is officially announcing the new sequel nearly a decade after the last entry in the series, Crysis 3. After the team updated all three games over the past few years, Crytek officially announced Crysis 4. It’s been nine years since Crysis 3 came out on PC in 2013, and since then Crytek has released two remasters that bring modern updates to all three numbered Crysis games.

Although Crytek has remastered the original trilogy and released the games on PC, PS4, Xbox One, and Nintendo Switch, we’ve moved to the entire Xbox One/PlayStation 4 generation without a new Crysis game. Ever since the studio released the remaster of the Crysis trilogy, fans were expecting a sequel. Now, in 2022, Crysis 4 is officially hitting the road, and the developers aim to continue the trend of creating “true next-gen shooters,” as they put it in a blog announcement.