Danny DeVito abruptly lost his Twitter verification, after he tweeted in support of a Nabisco Strike. Twitter Inc., however holds that his tweet was not the reason behind his verification being removed, which was apparently the result of his account information being incomplete.

A Twitter spokesperson has expressed the company’s stance on the matter, saying that DeVito’s account was temporarily debadged after it was found that his account lacked complete information. They further explain that Twitter’s verification policy states that accounts may be automatically ripped of their blue badges, should they be found to be inactive, or lacking any information. The company apparently held talks with the actor so as to confirm the details necessary, following which, the verification and blue badge were restored. 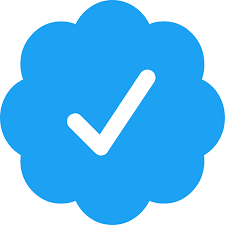 In case you’re wondering what the drama was about, actor Danny DeVito lost the blue tick on his Twitter account after he posted a tweet showing his support of a strike by Nabisco workers. His tweet had read that he supports their efforts and demands for “humane working hours, fair pay, outsourcing jobs.”

While the removal of the blue tick and his post had a solid temporal relationship, it remained unclear if the former was a direct consequence of the latter, until the Twitter spokesperson came forward to speak on the matter, at least.

A Constant Inflow Of Drama

Twitter’s verification process and its coveted blue tick have been the center of quite a lot of drama in recent days, particularly after the company reopened its application process for the same, after years.

A while ago, it came to light that Twitter had verified six accounts by mistake, all of which were found to be fake. The accounts apparently had no posts, and a huge chunk of their followers were bots.

Following this, the social media giant revealed a few days ago, that it would be putting its expansion process for its Twitter verification applications on hold, to make the process more robust, and enhance its capacity to handle the large inflow of applications.

This however, doesn’t cut the fact that in Danny DeVito’s case, his account was already verified (and also that he is a very well-known celebrity) making the instance a lot more interesting, since his verification (or de-verification) most likely did not happen because of a technical glitch on the social media giant’s part.