Five aspects of data that just won’t change in 2015 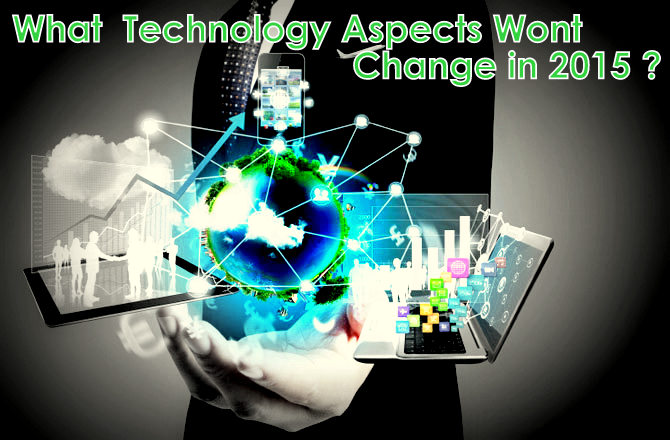 In this season, it’s quite the tradition for industry pundits to write about the x new things to look out for in the coming year. Major advances, new technologies, emerging companies – we all want to know what will change our work, our careers and our lives in 2015.

Let’s do something different, and practical. Let’s look at what will NOT change. By the time 2016 comes around, we will still be dealing with these issues. And none of the pundits predictions will change that very much.

But I don’t want to put a damper on your seasonal enthusiasm. These problems will remain, but they can be tackled. If you are the one to tackle them, 2015 could indeed be full of fun and success.

1. Most businesses will be talking about Big Data, not doing it.

There are real opportunities for businesses to take advantage of Big Data. But mostly, IT departments don’t yet have the skills or the time to implement new infrastructures while struggling to maintain their existing workload. Meanwhile most business leaders have a fairly shallow understanding of what Big Data might do for them. What they do understand nearly always includes “leveraging social media” as a key goal.

You can help them achieve a great deal with existing sentiment analysis tools, or social media connectors. Integrating social media into your existing analytics is valuable and relatively simple.

That’s not to say Big Data is not coming your way. Acquire the skills and, if you can, the experience. But don’t plan retirement for your relational database quite yet.

2. Visualizations will persuade, more than they will inform.

If Big Data was the buzzword of 2014, visualization was not far behind. Trouble is, too many visualizations actually get in the way of better decisions.

Why? Well, not because they are technically inadequate in themselves. Hopefully you have moved beyond overloaded pie-charts and 3D shaded bar charts.

The problem, paradoxically, is that visualizations as we use them today can be too convincing.

Many visualizations reduce the information displayed in order to “clarify” to others something you have already found. But that may actually reduce conversation and argument, and so reduces your ability to get to the truth of a situation. Static visualizations, in particular, reduce your ability to explore alternative scenarios.

I’m sure you believe in science too. So what can you do? Avoid tools which only deliver charts for presentation or sharing, use tools which are truly interactive and exploratory. With such tools, I like to say that no-one should be an “end user.” Everyone in your organization can have important insights.

3. You’ll still be looking for the perfect phone or tablet.

Perhaps you think you have already found it? There will be another along soon. And another.

By the end of 2015, developers and administrators who thought they had solved their problems by standardizing on one platform, will most likely be facing the same problems again.

You simply must give users a responsive experience. Who knows if they will be using an iPad or an Android, even in the next 12 months? Don’t even expect them to be using a tablet rather than a phone. Who knows what phablets or others formats will emerge. In US schools, for the first time in 2015, Google Chromebooks outsold Apple iPads.

Do you really want to be chasing form-factors for the rest of your lives? Choose a truly responsive platform. Build once, deploy anywhere. Anything else will have you exhausted before the year is out.

4. You’ll be doing a ton of work on-premises, even if your data is in the cloud.

Here’s the thing about the cloud. There isn’t one. There are many and they don’t talk to each other very well.

There are, of course, several significant cloud infrastructures – from Amazon and Microsoft, for example. And there are thousands of cloud applications. The chances are you are already creating data on one or more of the major operational apps. Perhaps you are even storing data in the cloud.

But you still have plenty of data on-premises. And you need to integrate on-premises data with data from not one, but several of those cloud applications. And your business users have their own data to bring to the analytic party, and who knows where that lives?

Don’t kid yourself – in 2015 you’re going to be downloading data back on premises in order to perform very traditional operations: data cleaning, shaping, transforming, and integrating. The back office will still literally be in the back office for some time to come.

5. Managers will still not have basic insight to their daily operations.

It is easy to get carried away with enthusiasm for the latest technologies. Big Data, the Internet of Things, predictive analytics, all promise much.

Yet look around your business, or the business of your customers, the systems of your suppliers and partners. Chances are there are managers everywhere still wishing they had better, more complete, more accurate, more timely information about basic elements of their daily work.

It is tempting to aim for the dramatic insight that will transform your business (and make your reputation.) But it remains true that data analysis or decision support improves business most by improving every transaction and every decision just a little.

Process those orders with fewer errors. Improve production efficiency just a step more. Target your marketing efforts a little better. And above all, give managers the insight to identify, plan and track these small, quotidian changes. At the end of 2015 you’ll look back in quiet satisfaction.

(This article is authored by Donald Farmer, VP Innovation and Design, Qlik)