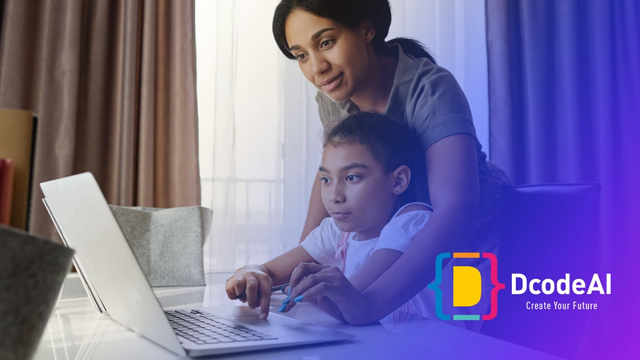 DcodeAI is a Delhi-based education technology start-up that has recently announced to have raised a whopping sum of USD 500,000 from publishing house Sultan Chand and Sons which is most commonly known as S Chand.

Following the newly acquired funds, the edtech start-up has launched its DIY or Do It Yourself educational platform which incudes computer-based learning skills such as Data Science, Natural language Processing, Computer Vision etc. for students.

As we are all aware of the unfortunate COVID-19 pandemic and how it has affected India’s economy, education was the most impacted. With schools, colleges and other educational institutions being shut, education has been greatly compromised and students are only dependent on online education through edtech platforms and online classes.

This led to the inception of DcodeAI which was recently founded in 2020 by Ashish Aggarwal and Kartik Sharma. The start-up democratises Artificial Intelligence-based learning for primary and secondary level students between the age group of 12 to 18 years. The platform is currently used in over 10,000 schools as a part of a big network.

DcodeAI leverages the power of Artificial Intelligence to make learning intuitive and personalised for every student even if they don’t come from a coding background. The company focuses on low-code on no-code tools to achieve its purpose, as mentioned in a report by YourStory. The start-up also mentions that any student can begin to learn about coding and implementing Artificial Intelligence models even if they are not previously from a coding background.

However, on receiving the latest infusion of funds from S Chand, the AI-based learning start-up launched its very own DIY learning platform for students to learn the concept of Artificial intelligence and master their skills in AI-based tools such as Machine Learning mechanisms, Deep Learning, Data Visualisation, Data manipulation amongst other things, as mentioned in the report by YourStory.

Kartik Sharma, CEO and co-founder of DCodeAI mentions in a statement that Prime Minister Narendra Modi has clearly stated the need of the hour for the country to democratise Artificial Intelligence across all sectors and the company’s DIY platform is acting for the motion. He also added that 2020 has been the year of disruption for the education system in India for the overall educational learning and developing process of students.

In the same breath, he also mentions the aim of DcodeAI, which is to initiate AI-based transformation from the school level itself. Artificial Intelligence is the future of education which carries with itself the potential to make an impact in the world with unique and impactful innovations.