Deepak Chopra’s Venture Jiyo Is An Effort To Positively Impact A Billion Lives ! 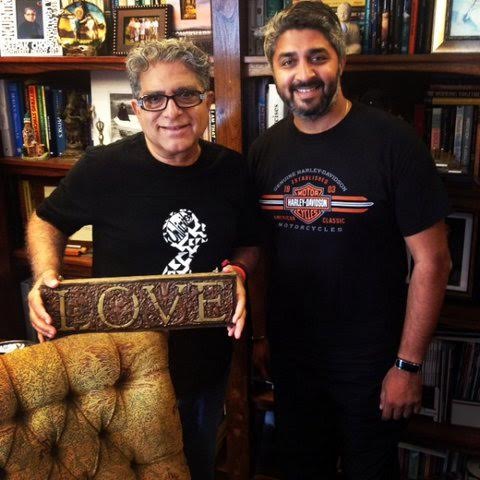 After touching 15 million lives through The Chopra Center, Deepak Chopra, a leading figure in the alternative health movement,  is on a mission to touch 1 billion lives through his latest venture Jiyo. Jiyo, the app that Deepak Chopra and co-founder Poonacha Machaiah describe as a ” well being service provider” is built with a mission to  create a critical mass of consciousness in the world for a more peaceful, sustainable, prosperous ecosystem.

Mr Chopra strongly believes that positive social change cannot happen without personal well being of a critical mass of people and Jiyo is an effort to bring about this social change. He believes that if he is able to touch a billion lives to become more positive then he can bring about a change to create a more peaceful and just society.

Most “fitness apps” today focus only on one aspect of well being which is either exercising or nutrition. However Deepak and Poonacha strongly believe that there are so many aspects to well being such as  physical, emotional, career, financial, community and social, which are being ignored. Jiyo touches all these aspects and provides features such as personalized recommendations after looking at your sensor data, information from experts curated specifically for your needs , information about local entities such as nearest fitness consultants or nutritionists etc. As Poonacha puts it “the mission is to create the worlds largest well being marketplace.”

The founders are keen on making use of latest technology to touch maximum lives. They already run an initiative called “Finding your true self” which is a meditation program conceptualized using virtual reality. Team Jiyo also plans to use VR in more aspects such as problem detection though facial expressions etc. “Technology is such a huge enabler today and is allowing us to reach such a large audience. The  younger generation is consuming content  through newer modes such as gamification and virtual reality and we plan to use these techniques to reach a certain audience,” says Mr Chopra. Jiyo has programs such as Jiyo Kids and Urban Yogi – a learning as you go fun and gaming initiative.

August 15th onward the founders are launching their India initiative in which they are tying up with various corporates for the Jiyo workplace well being program . India is a big focus for Jiyo and the company will specifically focus on the Indian and American market for the next 1 year. The company plans to tie up with 100+ corporates in India in the next 1 year.