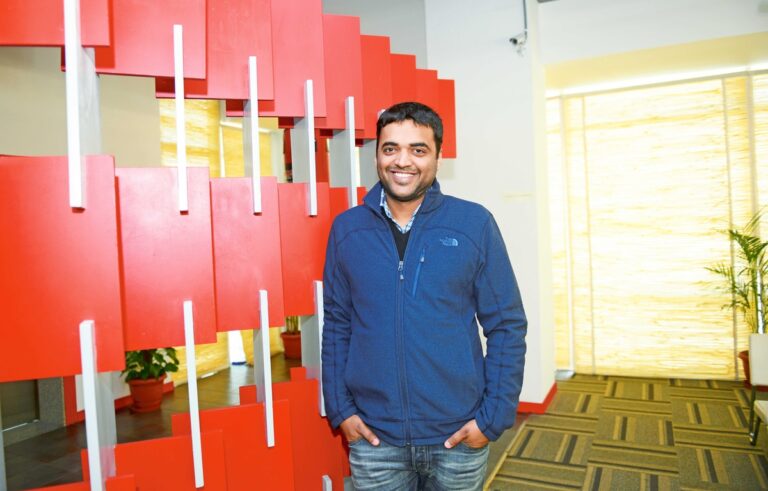 As Zomato Ltd.’s shares climbed on their public opening, Deepinder Goyal entered the legions of Indian startup founders who have gained huge personal fortunes. On the day of its listing on stock exchanges, Zomato jumped by as much as 83 percent above its issue price. At Rs 125.20 a share, the shares closed 65 percent higher than its initial public offering price, valuing Goyal’s 4.7 percent ownership in the food tech company at Rs 4,649.7 crore (~$625 million).

He also holds over 368 million equity shares for the next six years, and, if executed, would nearly double his stakes in the company which has a market valuation of $13.3 billion. Although Goyal’s personal fortune is still far below that of India’s top industrialists, he has joined an exclusive group of ultrarich startup entrepreneurs such as Byju Raveendran of Byju’s, Flipkart co-founders Sachin and Binny Bansal, and Paytm CEO Vijay Shekhar Verma.

Zomato is among the first modern technological startups of India to enter National Stock markets giving a good opportunity for each and every retail investor in the nation who wishes to invest in the food tech giant. The IPO has created remarkable enthusiasm, flooding Twitter about picking up share allocations and joked about the competitor Swiggy app being deleted from their smartphones. While CEO Deepinder Goyal praised both Zomato and Swiggy as the best food delivery app in the entire world.

The Gurgaon-based food aggregator has diversified itself into 100 cities across 19 countries, including Turkey, Brazil, New Zealand, and Indonesia. But the loss-making operation pushed Goyal to cut employment and reduce global presence. A strong stock market opening has provided hope to other food startups while somehow providing an opportunity for retail investors.

Deepinder Goyal during his college days at the Indian Institute of Technology was somewhat disappointed with a pizza order after which he got the inspiration for an online food delivery network. After graduating and joining Bain & Co., he noticed colleagues in the workplace cafeteria reading the limited menu and discussing anxiously foods at local restaurants, which cemented his desire found Foodiebay.

The name was turned into Zomato to rhyme with Tomato after which notable foreign investments such as Sequoia Capital, Jack Ma’s Ant Group Co., and Tiger Global Management have joined as investors in the Indian multinational restaurant aggregator and food delivery company founded by Deepinder Goyal and Pankaj Chadda. However, Chadda left the company in the year 2018.