Twitter has released a new feature “voice tweets” compatible with iOS devices back in June of last year. Twitter users have an opportunity to send a tweet using their voice recordings alone with a limit of 2 minutes 20 seconds. You can send tweets like text versions and receive follow-up tweets in text. Here is how to use send voice tweets, new features, and all about it. 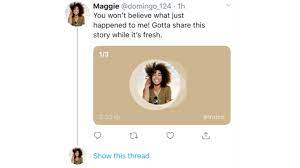 We took your feedback and we’re doing the work. To improve accessibility features, captions for voice Tweets are rolling out today.

Now when you record a voice Tweet, captions will automatically generate and appear. To view the captions on web, click the “CC” button. https://t.co/hrdI19Itu6 pic.twitter.com/pDlpOUgV6l

Guide on how to use voice tweets on Twitter

The new feature was unveiled as of June last year to iOS users only but is now accessible to all users. As microblogging sites have had the opportunity to add in voice recordings Twitter has added the feature too. The voice tweets can be followed up by a text tweet adding to the user experience. The company has given the option of auto-generated transcripts to the voice tweets making it quicker and easier to share your views on the platform. Disclaimer: You cannot send voice replies to tweets but only use the feature for original tweets.

Add the text version of the voice tweet as a follow-up. You also have the option to use twitter’s auto-cation feature to generate captions immediately to your voice tweets. Captions are available for the following languages as well English, Japanese, Spanish, Portuguese, Turkish, Arabic, Hindi, French, Indonesian, Korean, and Italian.

“As part of our ongoing work to make Twitter accessible for everyone, we’re rolling out automated captions for Voice Tweets to iOS,” Gurpreet Kaur, head of global accessibility Twitter said in a statement.

Kaur further mentioned that this new feature won’t be perfect at first as it’s the company’s new idea to expand and strengthen accessibility across the world. She added that they are looking forward to creating a truly inclusive service to the people writes FirstPost.