MSMEs to get Rs. 499Cr. funding under DIO’s iDEX scheme

The Defence Innovation Organization (DIO) is all set to receive a fund worth ₹498.8 crore by the Defence Ministry, after Defence Minister Rajnath Singh approved the budgetary support to the Innovations for Defence Excellence (iDEX) scheme, which is involved in providing financial assistance to around 3000 MSMEs, startups, R&D institutes, and individual innovators, as well as 20 partner incubators working under the guidance of the DIO for the next five years. 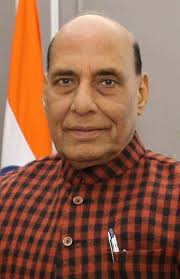 The support will be provided to help these startups and individuals come up with lasting innovations in defence and aerospace, so as to provide a boost to the self-reliance and indigenisation of the Indian Defence.

The Ministry issued a statement regarding the same, saying that the aim of the scheme is to bring about rapid and indigenised developments of innovative technologies, so as to meet the requirements of Indian defence and aerospace sector in shorter periods of time, while also creating a culture of “engagement with innovative startups”, and set up an environment of co-creation and co-innovation.

The funds will be provided to the DIO by the Department of Defence Production (DDP), and will allow the iDEX to expand its cover to a number of innovators, MSMEs, and startups, including those who by default fall under the Department of Science and Technology, through a network of partner incubators.

Various hackathons and challenges will also be set up so as to shortlist “potential technologies and entities”, while evaluating the relative utilities and feasibilities of products and technologies. The programme will also be focusing on encouraging the armed forces and the defence system in general, to adopt the newly developed technologies, while also providing adequate support and assistance, so that these products can be integrated seamlessly into the current manufacturing capabilities in the country, through successful organization of outreach activities.

This comes after the procurement of goods and services related to defence through micro and small enterprises (MSEs) increased marginally over the past some time, rising to around 2.2 per cent (at ₹ 9,293 crore) n the fiscal year 2021, as compared to the fiscal year 2020 (at ₹9,090 crore). As per a statement issued by the Ministry of Defence last year around September, as many as 11,000 MSMEs were engaged in supplying the Ordance Factory Board and defence Public Sector Undertakings (PSUs) as vendors, back then. It is hoped that the funding from the DDP will work to further promote the production of such technologies by these small scale suppliers and MSMEs.