DeFi bug accidentally gives $90 million to users, founder asks them to return it

After an upgrade gone wrong, $90.1 million was accidentally sent to users of DeFi, staking platform Compound. Now, the platform’s founder is pleading — and threatening — for the platform’s crypto tokens to be returned voluntarily. 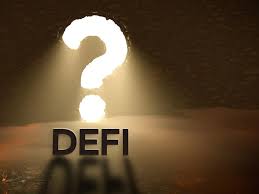 “10 percent should be kept as a white hat. Otherwise, it’ll be reported to the IRS as income, and the majority of you will be doxxed “the tweet went on. On hearing of the flaw, the price of Compound’s native token, comp, dropped roughly 13 percent in one day, however it has since recovered.

DeFi protocols like Compound are designed to use blockchains augmented with self-executing smart contracts to recreate traditional financial systems like banks and exchanges.

Compound released what should have been a very ordinary upgrade on Wednesday. However, it was evident immediately after implementation that something had gone wrong.

“A problem in the new Comptroller contract has resulted in certain consumers receiving way too much COMP,” Leshner revealed in a tweet.

“There are no admin controls or community tools to disable the COMP distribution; any updates to the protocol require a 7-day governance procedure to make their way into production,” he continued, implying that no remedy will be implemented for at least another week.

In a tweet, Gupta, a core developer of SushiSwap, a decentralized crypto exchange, suggested the entire affair could be blamed on a “one-letter flaw” in the code. The compound made it plain that no cash was being supplied or borrowed, but it didn’t help to lessen the pain.

Protocol users began claiming big windfalls in droves. Comp tokens worth $29 million were claimed in one transaction shortly after Leshner’s tweet exposing the flaw. Another claimed to have gotten 70 million comp tokens, or nearly $20.8 million, in their account at the time of their post.

The erroneous and substantial rewards were undoubtedly a good change of pace for users accustomed to providing their crypto to borrowers at a set interest rate, which is normally a single-digit APY.

However, Leshner made it obvious that the bloodshed will come to an end. The Comptroller contract address “contains a restricted quantity of COMP,” according to the Compound head.

“At worst, the damage is limited to 280,000 COMP tokens,” Leshner noted. According to Gupta, the full pool of tokens — valued at $90.1 million at the time of publication — has already been distributed.

There are a few choices available to newly minted comp token millionaires. Bitcoin engineer Ben Carman points out that the platform won’t be able to retrieve the funds. “They shouldn’t be able to get the money back without rolling the chain back,” Carman added. “To get rid of some blocks, they’d have to go for a 51 percent attack on the chain.”

According to DeFi Llama, which ranks and monitors DeFi protocols, Compound is the world’s fifth-largest DeFi protocol, with a total value locked of $9.65 billion.

“The protocol can easily withstand a $90 million loss, and most of it will likely be repaid,” Greenspan said, “but the bigger concern would be if people lose faith in the system’s ability to function correctly.”

Also read: Dimon predicts Bitcoin will reach $400k in five years, but he is convinced regulation of the crypto asset is inevitable