Dimon predicts Bitcoin will reach $400k in five years, but he is convinced regulation of the crypto asset is inevitable

Recently, Jamie Dimon of JPMorgan spoke extensively about Bitcoin and its potential future. An interview with India Times recently revealed the CEO’s thoughts on Bitcoin, and unlike previous interviews, it wasn’t as bearish. 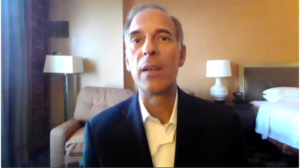 Bitcoin will get the regulation it deserves, according to JPMorgan’s CEO

Given the squabbles between the cryptocurrency industry and the US Securities and Exchange Commission, his views seem rather positive. Market participants have expressed concerns about the future of Bitcoin as the SEC cracks down on cryptocurrency enterprises.

In addition, he made an optimistic prediction about the future of Bitcoin’s price. Despite his advice that investors bowering to acquire Bitcoin are imprudent, he says that Bitcoin can soar 10x in five years, despite his bearishness on cryptocurrencies in general.

“I am not a buyer of bitcoin. I think if you borrow money to buy bitcoin, you’re a fool. That does not mean it can’t go 10 times in price in the next five years. But I don’t care about that. I learned a long time ago to figure out what you want, do what you want and be successful yourself ”, he said.

A summary of JPMorgan’s fascinating experience with Bitcoin

Officials from JPMorgan, as well as the CEO himself, have previously made unfavorable views regarding Bitcoin. Jamie Dimon, the CEO of JPMorgan, described Bitcoin as a “fraud” in 2017, saying that it was “worse than a tulip bulb” and that it may lead to someone’s death. He said, “It won’t end well.”

Bitcoin reached a peak of $20,000 three months later. In 2020, as popularity grew, attitudes began to shift, and the Wall Street banking behemoth approved two Bitcoin exchange accounts (Coinbase and Gemini). The bank forecasts an extremely positive price for Bitcoin in early 2021, with a long-term price of $146,000 as it competes with gold.

The tides are turning, and as Bitcoin’s popularity grows, it’s not unexpected to see naysayers abandon their positions.