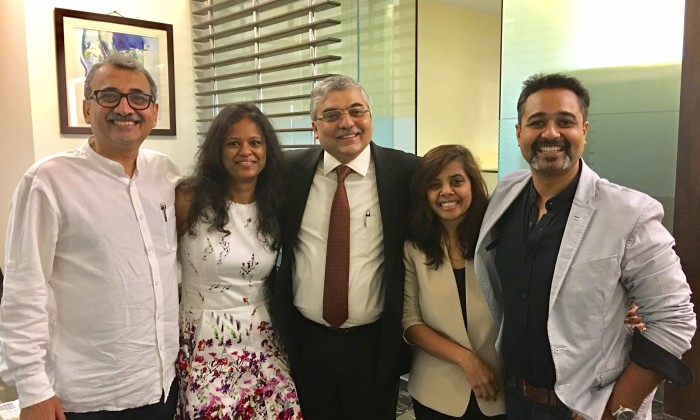 Tanay Kumar, CEO, co-founder and creative director of Fractal, will join the Dentsu Aegis leadership team in India and will report to Ashish Bhasin, chairman and CEO of Dentsu Aegis Network South Asia. Co-founders Geeta Suthar, Hemant Suthar and Priyanka Agrawal will also continue in their roles as part of the management team.

Bhasin said, “Today, Dentsu Aegis Network’s digital share in India is three times that of the market average and this will help us continue on our journey of being the leading digital group as well as bring us closer to our mission of being the second largest agency group in India by end 2017, overturning – for the first time – the existing ranking which has historically been in place for over 80 years in India.”

Fractal’s Tanay Kumar said, “Our vision for the agency was in line with what Dentsu stands for. Being one of the largest networks in the country, they did not seem intimidating to me. This acquisition will give Fractal the much-needed scale and opportunity to work with bigger clients. Our focus will be to grow into technologies which will create experiences out of everyday objects for consumers.”

Fractal currently employs 65 digital experts and provides full-service digital design mainly in the UI/UX domain to leading companies in India. Its clients include all major banks of the country such as State Bank of India, ICICI Bank, and Axis Bank, Flipkart, Myntra, Microsoft, Samsung, Hungama, Ibibo, Disney, among others.

The amount of the deal was not disclosed. However, ET reported it is somewhere around Rs. 215-300 crore. (Source & Image- marketing-interactive.com)