Digital currencies, according to a paper released by the Bank of International Settlements (BIS) and a group of central banks, can result in speedier settlement and lower transaction costs. Furthermore, the financial firm used a prototype to demonstrate how money transfers) Innovation Hub stated in the second week of September that central banks must act rapidly to develop central bank digital currencies. Curé emphasised that a digital currency market already exists, and that “the rollout of CBDCs will take years.” Following Curé’s words, the BIS is launching a digital currency experiment with four central banks from the United Arab Emirates, Hong Kong, China, and Thailand. 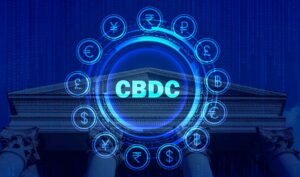 After testing the “multiple central bank digital currency bridge project (mBridge),” the banking group created a prototype and published a paper detailing the findings. Digital currencies, according to Bénédicte Nolens, the head of the BIS Innovation Hub’s Hong Kong centre, can be more effective for the financial sector and would be good to the economy in general.“Enabling faster and cheaper cross-border wholesale payments, even to nations without a robust correspondent banking system, would be beneficial to trade and economic development,” Nolens said in a statement released on Monday.

The BIS researchers and other central banks used Ethereum’s Hyperledger Besu blockchain to create their prototype. The Banking Group intends to continue prototyping Distributed Ledger Technology until a ‘production-ready solution is developed.

During testing, it was discovered that distributed ledger technology (DLT) can be completed in seconds with little processing expenses.

Digital Currencies Can Be More Effective Because They Are Cheaper and Faster.

Benoît Curé, the head of the Bank of International Settlements (BI reduces the cost of cross-border trade by half and allows for settlement in seconds. According to the report, the mBridge team intends to continue working on the DLT in the future. In order to produce a “production-ready digital money system,” the group seeks to solve legal concerns and jurisdictional barriers. As the CBDC nears completion, the mBridge project is under development as China prepares to debut the digital yuan.

The Bank of Thailand and Hong Kong’s Monetary Authority had the mBridge partnership initiation, its initial name was “Project Inthanon-LionRock”. After evaluating a number of technologies, the two banks published a joint study in 2020. The DLT model research featured ten smaller bank branches from two distinct regions, according to the paper.

What are your thoughts on the BIS and the four central banks claiming that digital currency transactions are quicker and less expensive? What are your impressions of the mBridge DLT prototype? In the comments section below, let us know what you think about this topic.