Dogecoin Memes Trend On Twitter As The Prices Continue To Fall.

Twitter witnesses yet another wave of dogecoin memes and jokes as the prices continue to fall. While a market recovery is still not in sight, dogecoin holders are busy making memes in a desperate attempt to nurse the wounds inflicted by the market turbulence and fall. The past week has been rather critical for the cryptomarket with prices falling at threatening levels bringing the holders to the tip of their patience levels. After sky-high achievements and rises during the past year, this massive fall is making quite an impact on the crypto market. 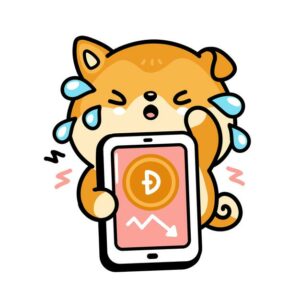 The Fall From Grace

Tracing the roots of the fall will directly point to the Chinese crackdown on crypto. The government taking a step towards shutting down the mining of bitcoin in Sichuan province has adversely affected crypto in generals posing a major roadblock with graphs pointing straight down. In addition to this, the announcement by Tesla CEO also meant a major red flag. Abrup strokes of fortune and misfortune are part of the crypto domain, however it cannot be denied that the recent stroke of misfortune has been rather massive and quite unprecedented. 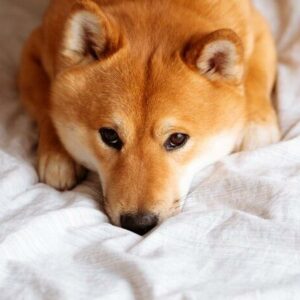 Although dogecoin saw minute fluctuations on a positive note, it was only a temporary relief as the rates came crashing down yet again. And the major question that is troubling everyone with a foot on the crypto market is whether to hold on or let go. Although it sounds rather philosophical, one small decision can make a huge difference and hence the dilemma is all the more profound and confusing.

It seems like the dogecoin enthusiasts are venting out their bottled up emotions by channeling all their prowess and skill towards making memes and jokes. Hence making sure that even if the markets are falling, the memes are rising without fail. Perhaps it is the way to cover up their desperation or it is an attempt to put on a brave face in the midst of an obvious disaster. Whetever the case, dogecoin has been hitting the trending lists on Twitter. If its not too much optimism, then one could say that it is a bittersweet victory.

As everyone knows, dogecoin started off as an internet meme before it attained the potential to generate millions. However now that question is whether the compass will turn right back to square one making it a joke again. Since conclusions cannot be made on solid ground when it comes to crypto, the only consolation is that perhaps after a while the clouds will clear to make way for a clear sky. Till then it will be wise to find relief in the memes and jokes that never go out of stock.

Here is a compilation of the best memes and responses from Twitter that has been trending today.

Again a #dogecoin debacle.
Was going smoothly in may
But again #cryptocrash #cryptocurrency pic.twitter.com/s602G9tGl6

#cryptocrash #dogecoin
Crypto investors waiting for the market to recover be like : pic.twitter.com/gi7H2FMV6C

Me staying up all night watching my #dogecoin portfolio pic.twitter.com/9YhJO0JzUQ

Turbulences and abrupt changes aren’t alien to the crypto world. The best and worst part of this domain is the fact that things could change out of the blue for the better or for the worse. And it is up to to the users to literally hold on to it or to let go. After all, you never know what tomorrow has in store.