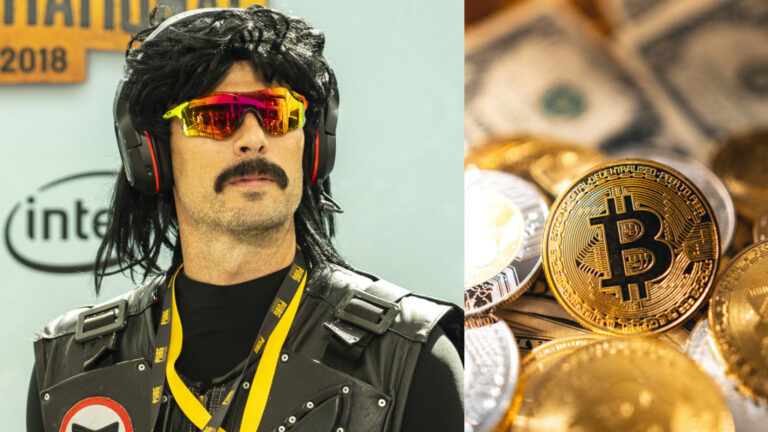 Dr. Disrespect, to incorporate NFTs and crypto into video games

Dr. Disrespect, also known as Herschel “Guy” Beahm, is rumored to be working on his own video game and company. According to a report on Thursday by GINX Esports TV, his upcoming first video game will support cryptocurrencies and non-fungible tokens (NFTs) to make up the revenue structure for players and producers.

With over 3.4 million Youtube subscribers, the American gamer stated he’s been thinking and working hard on the construction of his brand-new AA/AAA game studio. “I’ve been thinking a lot about it. In an interview with Reuters, he explained that the studio expansion is a major undertaking at the moment, and it’s starting to take shape.

Dr. Disrespect revealed some details about his ambitions to integrate NFTs and bitcoin technologies in his first game on August 25th. While watching the Gamescom 2021 webcast, Dr. Disrespect alluded to the creation of his new game company, saying that he’s been thinking a lot about something “very important” that’s happening and his brain buzzing.

The Doc went on to say that he hopes to incorporate NFTs and encryption in a game he’s working on. NFTs [and] Cryptos have been incorporated into the gaming revenue system’s infrastructure, he said. “Players can have equity [and] creators can have potential equity in the enterprise as well,” he continued.

There isn’t a lot of information about the studio online. Dr. Disrespect, on the other hand, intends to use crypto and NFT technology to unveil something extraordinary. According to rumors, he intends to include NFTs and cryptocurrencies in his first video game, giving both players and producers the opportunity to participate in and acquire equity in the game.

The ease with which NFTs may be integrated into gaming infrastructure has made them quite popular in the gaming industry. Because of the features of NFTs, they can be used as currencies or premium virtual assets in the gaming environment, as demonstrated in various blockchain gaming platforms such as Cryptokitties and Axie Infinity.

According to Cryptopolitan, another video gaming portal, Kongregate, is planning to establish an NFT game platform to gauge gamers’ interest in NFT content. The tremendous expansion of NFT gaming platforms like Axie Infinity demonstrates that gamers are interested in NFTs since it allows them to earn extra money.

Also read: After the break, third-largest bitcoin whale buys $24M worth of BTC