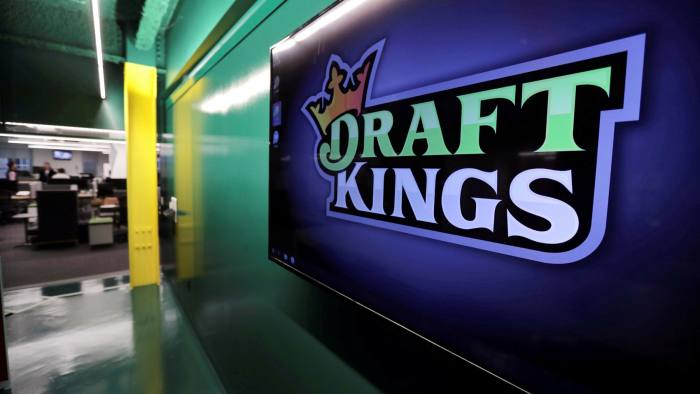 Analysts projected DraftKings’ per-share losses to grow to 42 cents from 37 cents in the previous quarter. The company’s revenue increased by 227 percent to $245.5 million.

Monthly unique payers (MUPs), a crucial measure, are expected to rise 345 percent to 1.31 million, according to analysts.

DraftKings’ adjusted loss was 26 cents, despite a 320 percent increase in sales to $298 million. The number of monthly unique payers increased by 281 percent to 1.1 million. The average revenue per MUP increased by 26% year over year to $80.

The news comes after Penn National agreed to pay $2 billion for Score Media and Gaming, which operates the Barstool Sports app.

Score, a company located in Canada, introduced the Score Bet app for mobile wagering in 2019. Penn claims that the purchase would allow it to get access to in-house technologies and expand its product offerings.

How is the Stock doing?

In Friday stock market trading, DKNG stock climbed 2.2 percent to end at 51.59. According to MarketSmith chart analysis, DKNG stock is trading considerably below its highs, with no obvious purchase target in sight. A move over the 52.39 high from June would be noteworthy, especially because it is close to the 200-day average.

DKNG stock was created through a blank-check merger in 2020, roughly two years after the Supreme Court of the United States struck down regulations prohibiting states from legalizing sports betting.

DraftKings signed a multi-year partnership with NFL data supplier Genius Sports on Thursday, the latest in a series of attempts to boost growth. It occurred after DraftKings joined competitor FanDuel and Caesars in April to become the National Football League’s official sports betting partner.

In May, DraftKings strengthened its strategic partnership with Major League Baseball. Inside the DraftKings app, it now offers live streaming of baseball games.

Buyers of Manhattan Retail Properties Can Pay with Bitcoin